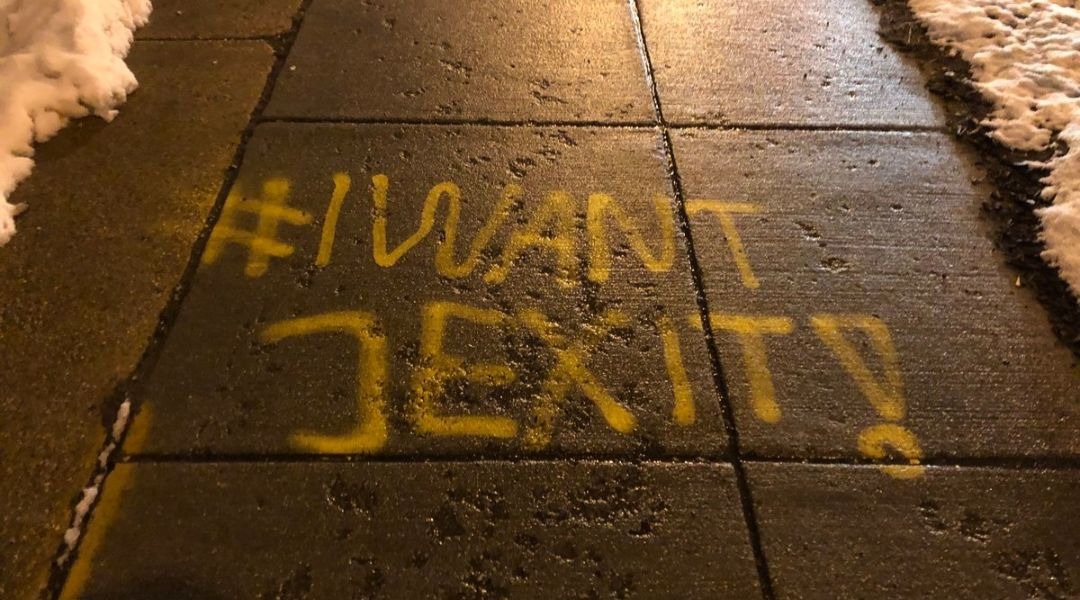 (JTA) — The words “I want Jexit” were spray painted in bright yellow outside of two businesses in northeast Washington, DC.

One of the businesses targeted on Friday was an auto shop called Shalom Tire and Auto Repair.

Jexit is believed to stand for Jews Exit, a play on Brexit, which stands for Britain’s exiting the European Union.

In December, the slogan was painted on a wall of the American Federation of Teachers headquarters located in the District of Columbia, according to the Washington Post, and the group, which has a Jewish president, called it anti-Semitic.

Washington, D.C. police said they have been discussing the graffiti with groups knowledgeable about hate crimes, including the Anti-Defamation League, the Post reported. The police also have discussed it with leaders of the local Jewish community but note that there is no consensus on whether or not it is anti-Semitic.

The term has been used on anti-Semitic websites as a slur, the Jewish Journal reported.