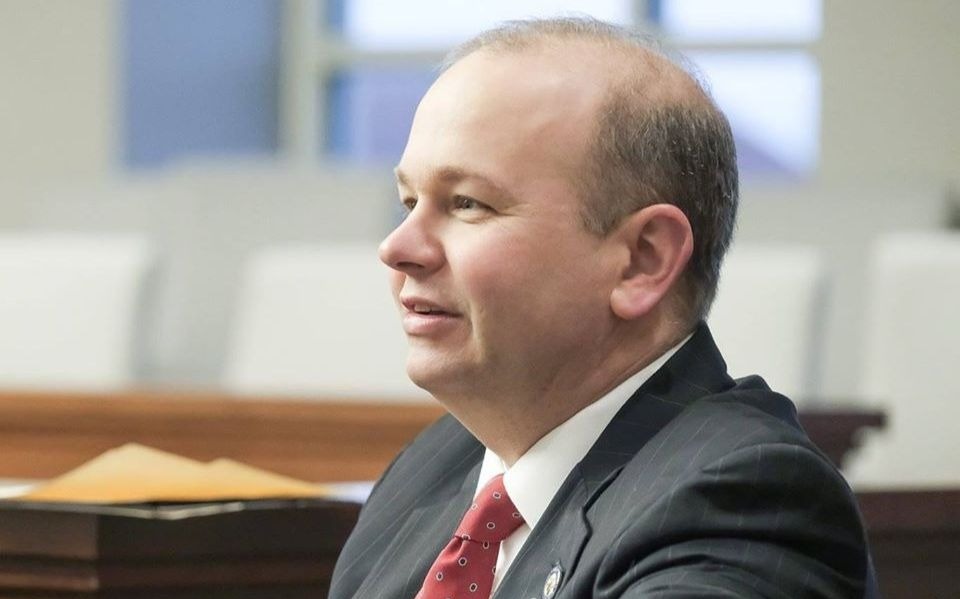 Ohio State Sen. Andrew Brenner: "What I actually said was not the same as what is being reported.” (Facebook)
Advertisement

(JTA) — The director of Ohio’s health department offered her enthusiastic support for issuing a certificate to those who can prove immunity to COVID-19 in order to reopen their businesses.

The wife of a Republican Ohio state senator compared the idea to Nazi Germany. And her husband, Andrew Brenner, said “We won’t allow that to happen in Ohio.”

Sara Marie Brenner posted Tuesday evening on Facebook, according to The Columbus Dispatch.

“With a German accent, in your head say ‘show me your papers’ … This is downright scary!” she wrote.

The post was removed the next day amid criticism from both Democratic and Republican officeholders in Ohio.

Sara Brenner also posted and later deleted a photo of an apparent Nazi concentration camp with the message: “If people were told to get in cattle cars to be taken to virus protection camps, most of you would rush to get in line …,” the Ohio Capital Journal reported.

During a coronavirus briefing Tuesday at the statehouse in Columbus, the director of the state’s Department of Health, Dr. Amy Acton, used Holocaust Remembrance Day as a starting point in discussing the war against the coronavirus while noting her own Jewish heritage.

She went on to say: “In some countries they’re looking at certificates to say you’re immune and therefore you’d be able to go about your business. It would be a dream if we could get something like that.”
On Saturday, an anti-lockdown protester at a rally at the state capitol held an anti-Semitic placard that showed the head of a Jewish man on the body of a rat with the words “The Real Plague.”

Gov. Mike DeWine in a statement also posted on Twitter, condemned the protester’s sign and the Brenners’ posts.

I am deeply concerned by the anti-Semitic sign at Ohio’s Statehouse during a recent protest rally. The sign was vile and disgusting. While even disgusting speech is constitutionally protected, it still demands condemnation.

DeWine called the sign “vile and disgusting.” He said the Brenners’ posts showed “a complete lack of understanding of the Holocaust — made even more offensive by posting on Holocaust Memorial Day — and was a slur on a good, compassionate, and honorable person who has worked non-stop to save lives and protect her fellow citizens.”

Andrew Brenner in a statement Wednesday said “What I actually said was not the same as what is being reported,” and apologized to Acton “because I’m sure she was offended by the comments as they were reported.”

On Thursday, he also apologized to the Jewish community.

“I have always had a strong relationship with the Jewish Community, and firmly believe using the holocaust as an analogy or comparison for a public policy debate is offensive and demeans the tremendous sacrifices and atrocities Jews endured during World War II,” Brenner said. “I apologize for statements that were tied to my social media that were hurtful.”