Yaakov Perlow, leader of Novominsker Hasidim and a top haredi Orthodox rabbi, dies of coronavirus at 89 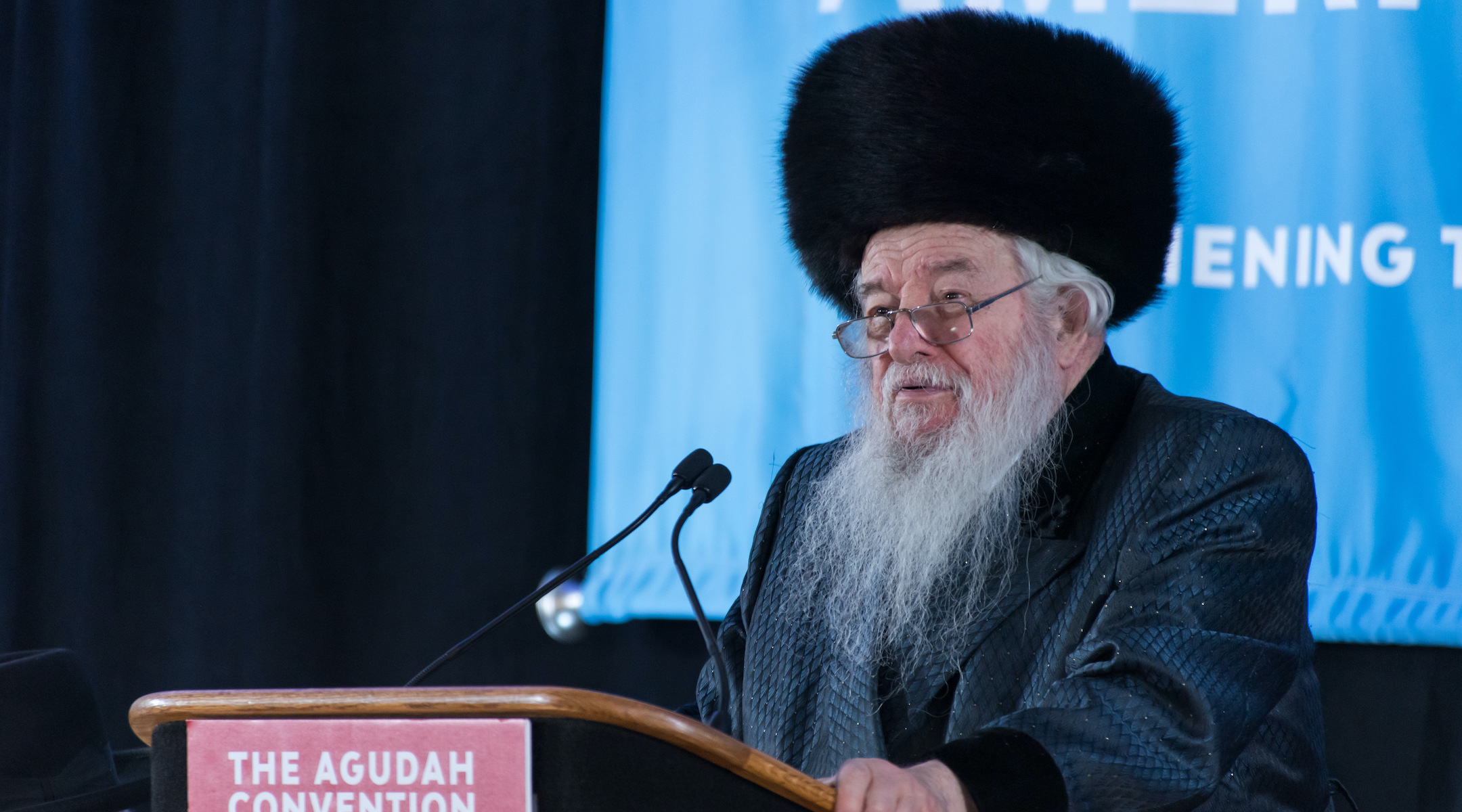 Perlow, who hailed from a prominent line of rabbis, died at his home in the Borough Park neighborhood of Brooklyn. He was 89.

Since 1998, Perlow had served as the president of Agudath Israel of America, an umbrella organization for haredi Orthodox Jews that grew out of the Agudath Israel movement in Poland that his grandfather co-founded. Perlow also headed the Moetzes Gedolei HaTorah of America, the Agudah’s rabbinic ruling body.

Perlow succeeded his father to become the rabbinic leader of the Novominsker Hasidic dynasty and founded the Yeshivas Novominsk Kol Yehuda, a yeshiva in Borough Park.

“The loss to [the Jewish people], and Agudas Yisroel, is incalculable,” Agudath Israel said in a statement, using an alternate spelling of its name.

“We must be informed about the facts of this disease and what the expert doctors, the infectious disease specialists, are telling us, in a unanimous way,” he said in a video message. “We cannot behave today like we did last week or two weeks ago. We are told that the Jewish law is that we must listen to doctors whether it’s about a sick person on Yom Kippur or a sick person that requires desecrating Shabbat and so on.”