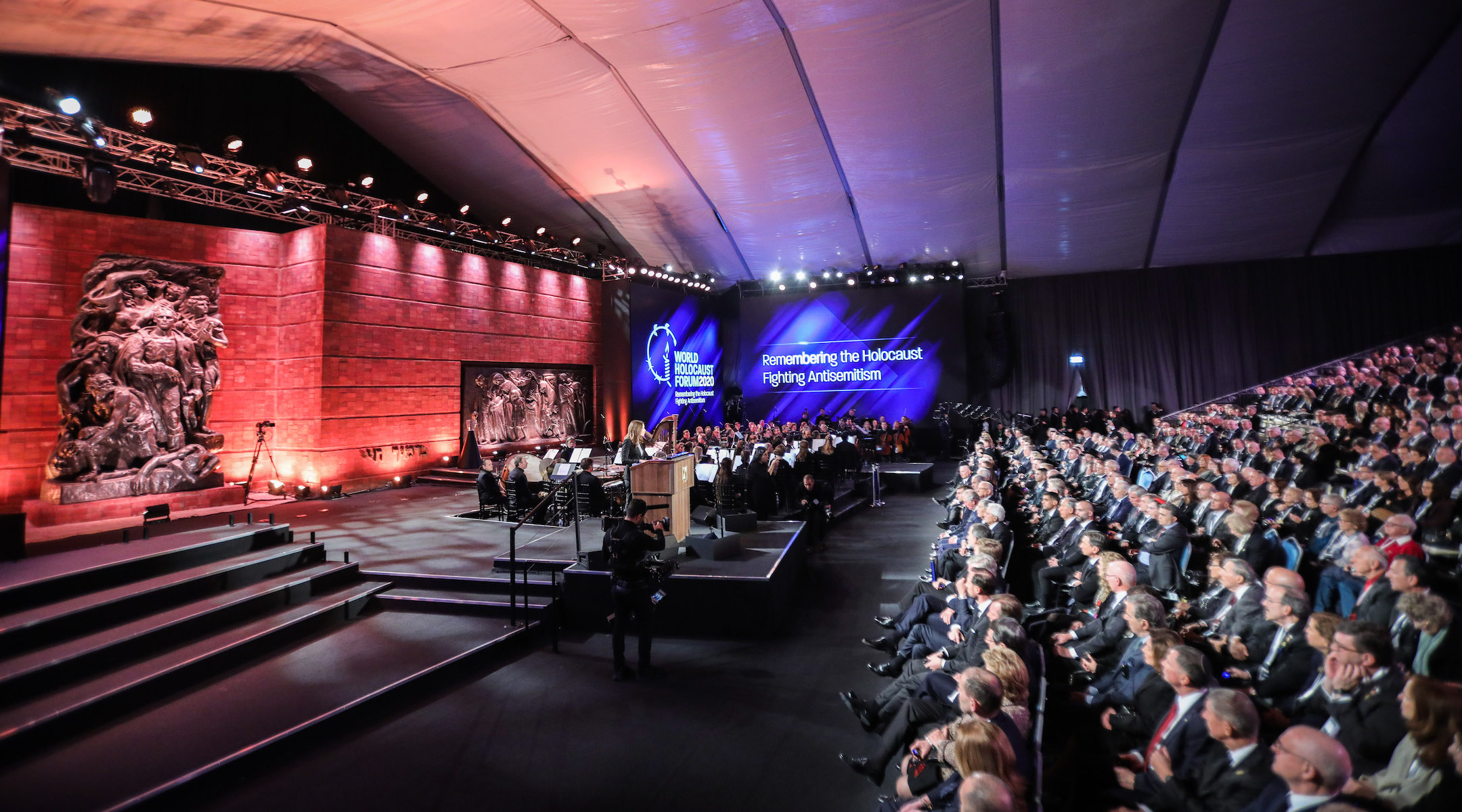 A view of the World Holocaust Forum at the Yad Vashem Holocaust memorial museum in Jerusalem, Jan. 23, 2020. (Yonatan Sindel/Flash90)
Advertisement

(JTA) — Yad Vashem apologized for what it said were inaccuracies in some Holocaust films shown at a ceremony it hosted last month.

The apology, sent Monday by email to several prominent Holocaust scholars, noted “a number of inaccuracies that resulted in a partial and unbalanced presentation of the historical facts.”

Specifically, the statement noted the films did not mention the 1939 division of Poland between Nazi Germany and the Soviet Union or the conquest of Western Europe in 1940. “In addition, the maps show incorrect borders between Poland and its neighbors and erroneously identify concentration camps as exterminations camps,” Dan Michman, the head of the International Institute for Holocaust Research, wrote in the statement.

Hosted by Yad Vashem but organized by the World Holocaust Forum, the Auschwitz commemoration was held under a cloud of controversy as Russia and Poland traded accusations over their respective culpability in the Holocaust in the run-up to the event. Polish President Andrzej Duda eventually declined to attend the event in Jerusalem because he said he had been denied a marquee speaking slot while Russian President Vladimir Putin was given one.

The apology amounted to an acknowledgment that the museum had allowed itself to be dragged into the continuing political squabbles over wartime records.

“We apologize for the unfortunate errors in these short films, which do not represent Yad Vashem’s approach to the historical issues portrayed,” Michman wrote. “As Israel’s and the Jewish People’s national memorial and research institution on the Holocaust, we reiterate our ongoing commitment to historical truth, and to research that stands opposed to efforts at obfuscation and distortion by the political discourse in various countries.”