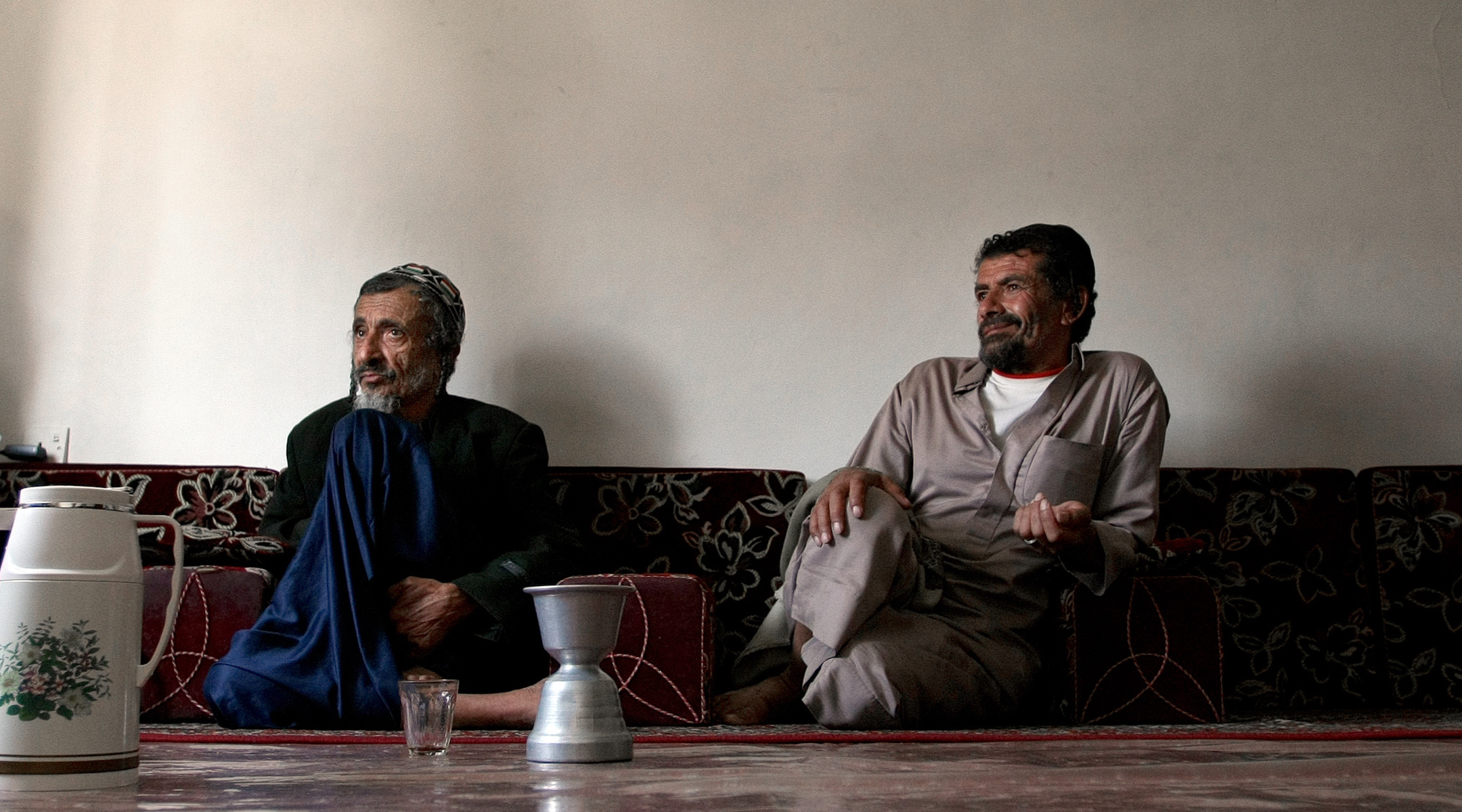 Yemeni Rabbi Youssef Moussa, left, and his brother Salem sit in an apartment in Sanaa, Yemen, Nov. 10, 2009, after fleeing conflict in the northern part of the country. (Marwan Naamani/AFP via Getty Images)
Advertisement

(JTA) — Amid the ongoing civil war in Yemen, 13 Jews have immigrated to Egypt, leaving the country’s once vibrant community of at least 50,000 with a population of fewer than 10.

Some reports claimed that the Iran-backed Houthi rebels, who control part of Yemen, forced the Jews to leave. The Times of Israel reported that the refugees instead struck a deal with the Houthis to leave peacefully Cairo.

They also reportedly refused an offer to go to Israel.

Other Yemeni Jewish families have left for the United Arab Emirates in recent months, according to The Times of Israel. The UAE is newly on formal diplomatic terms with Israel after signing onto the Abraham Accords peace deal last year.

Tens of thousands of Yemeni Jews left for Israel shortly after its establishment as a state in 1948, spurred by the wave of anti-Semitism across the Arab world that the founding had triggered. A group of 19 Yemeni Jews were brought to Israel on a secret mission in 2016 coordinated by the Jewish Agency for Israel.

Attacks against Jews in Yemen had risen sharply since 2008, when a Jewish teacher was murdered in Raydah. In 2012, another Yemeni Jewish citizen was murdered in Sanaa, and a young Jewish woman was abducted, forced to convert to Islam and forcibly wed to a Muslim man.