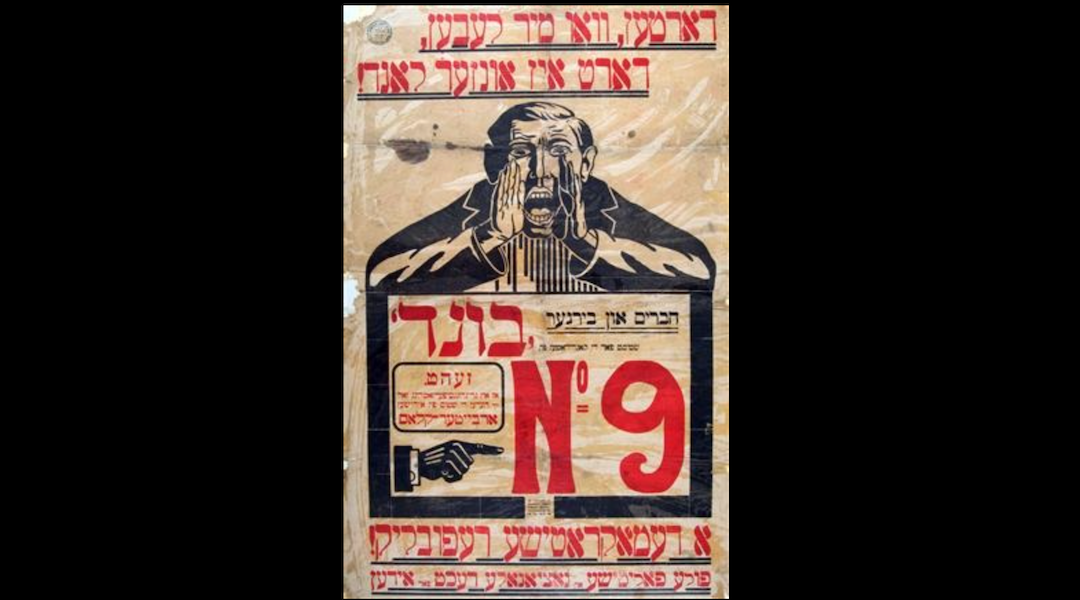 Hundreds of orthodox youths clashed with radical youths Saturday when the latter tried to sell the Volkszeitung, the Bundist organ, on the streets. The fighting was confined to the Nalewki and Grzybowska Streets.

The street fighting continued until there were injured on both sides and after the police made prisoners of some of the opposing factions. The orthodox youths included a number of young cheder boys.

The Volkszeitung is the only Jewish newspaper to be printed and offered for sale on the Sabbath. There have been protests for some time and recently the paper complained that Jewish workmen were obliged to rescue the newspaper carriers from the hands of orthodox Jews who resorted to physical violence in their attempt to stop the desecration of the Sabbath.