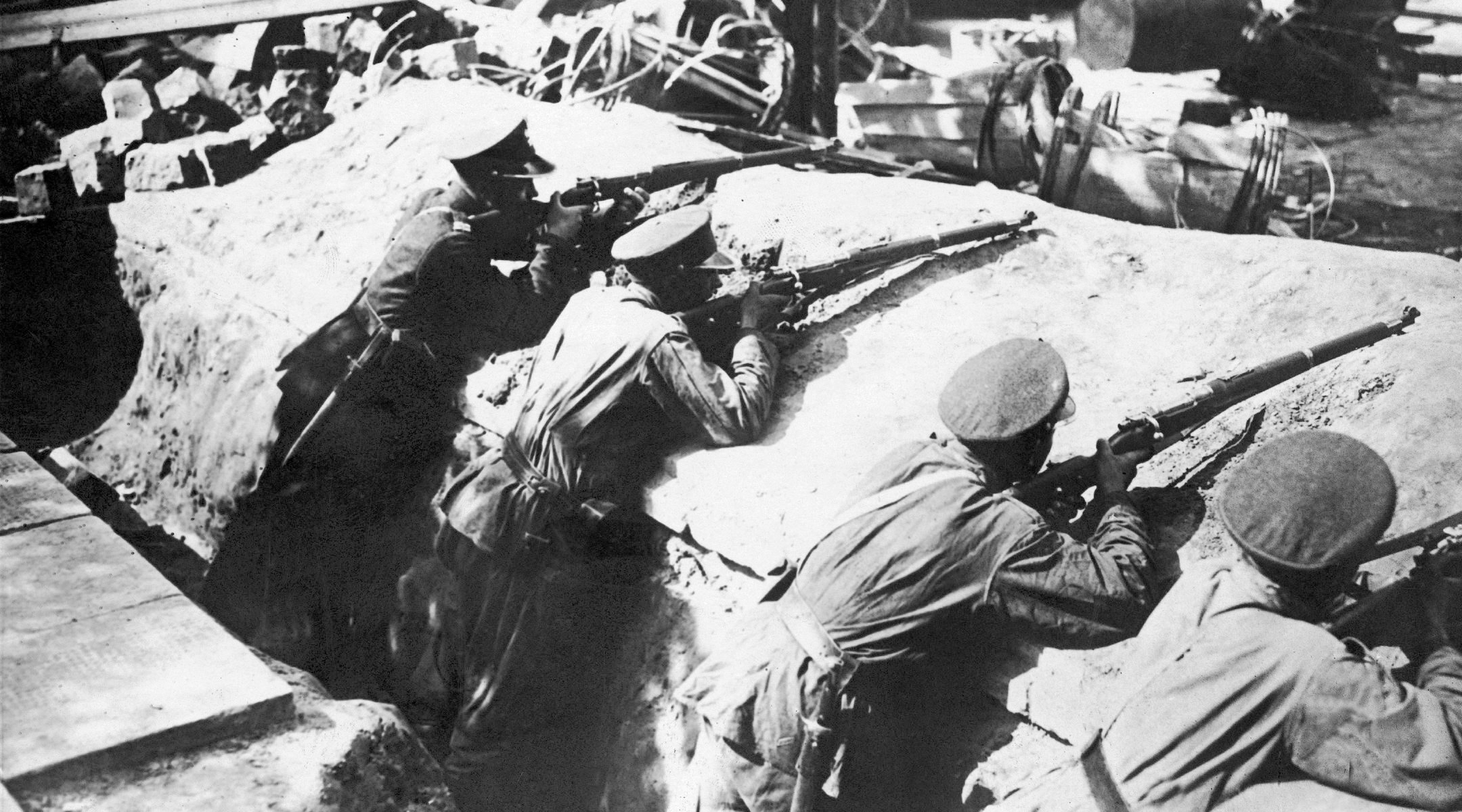 Members of Jozef Pilsudski's army entrenched in a Warsaw street in 1926. (Keystone-France/Gamma-Keystone via Getty Images)
See Original Daily Bulletin From This Date
Advertisement

During the first two days of the Pilsudski coup d’etat no serious anti-Jewish riots took place in the capital. The Jewish quarter of Warsaw, which remained outside of the region of the military operations between the two contending parties, was not affected by the fighting.

Any reports of anti-Jewish excesses having occurred up to today are not true, the representative of the Jewish Telegraphic Agency in Warsaw declares.

The correspondent found it impossible to send his regular despatches yesterday in view of the fact that the Jewish Telegraphic Agency office, located at Ulica Aleje Jerozolimskie Nr. 18, was within the region of the military operations.