Ayala Urges Spain Right Wrong of 1492; Asks Citizenship for Sons of the Expelled 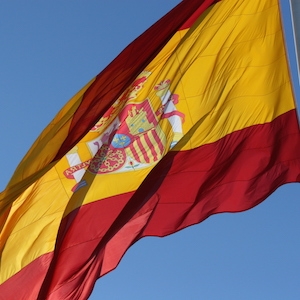 A movement for the return of the descendants of those Jews who were exiled from Spain in 1492 has been started by the famous Spanish author and statesman, Franzesco Ayala. His plan, which has a very large measure of support behind it, provides not only for the repatriation of Sephardic Jews, but also for the granting of Spanish citizenship to such of them as care to accept it, wherever they may be living.

Spain has long begun to realize the enormous loss it suffered by the banishment of the Jews, for by this means it lost some of its most intelligent, wealthy and enterprising citizens. The desire to make good this wrong and to receive back at least part of the descendants of these exiled Jews, is not entirely new. But the abolition of the monarchy and the setting up of the republic, and the abrogation of the supremacy of the Catholic Church that soon followed, strengthened this sentiment, and the Nazi persecution of the Jews gave it a new impetus. Franzesco Ayala’s plan has now given it practical shape, and it is all the more important since it has the full backing and support of the Spanish Government.

According to Ayala, there are anywhere from 800,000 to 1,000,000 Sephardic Jews scattered all over the world, but chiefly in the Balkan countries and in Holland. For more than 400 years, down to the present day, they have continued to speak a beautiful old Spanish dialect, they have stuck to their old Spanish traditions and customs, and have kept up their old Spanish culture. No better proof could be required of their loyalty and devotion to their old fatherland, in spite of its cruel treatment of their ancestors. It would therefore be no more than an elementary duty, Alaya says, to thank them and to extend a hearty welcome to them to return to their old home.

Ayala tries to show that the old Spanish anti-Semitism was a very different thing from the present German brand. In Spain in the fifteenth century, anti-Semitism was not political, but purely religious, and it was in accord with the views of the time, and with the laws of the land, for the Catholic Church was at that time the only recognized religion in Spain. Nazi anti-Semitism, however, had no such excuse, for it is based exclusively on political and racial grounds which it is impossible to justify, and it is a breach of the laws of Germany, for the Jews had lived there for generations and had been granted full civil rights.

The new Spanish Republic had abolished the absolutism of the Catholic Church, and the new Constitution provides for absolute liberty of thought and freedom of worship. All religions are now equal in the eyes of the law, and there is now no reason why the Jews should not return to Spain in large numbers.

Ayala realizes the enormous political, cultural and economic benefits Spain would derive from a large Jewish population, and therefore wishes to incorporate the million descendants of those Jews who were banished over 400 years ago in the Spanish people. Since it would be impossible, however, to get them all to come back, he at least wants to make them “Sons of Spain” again, by granting them Spanish citizenship, whether they come back or not.

Ayala’s movement has a great body of support, and is growing form day to day. The Government supports it whole-heartedly. But there are many technical and legal difficulties in the way of its realization.

At the same time its moral significance cannot be overestimated. At the very moment when Germany has turned back the clock of history, and is depriving its Jews of their citizenship and driving them into exile, Spain, which did the same 400 years ago, is doing her utmost to retrieve her error, is welcoming her Jews back, and offering them all the rights of Spanish citizenship.