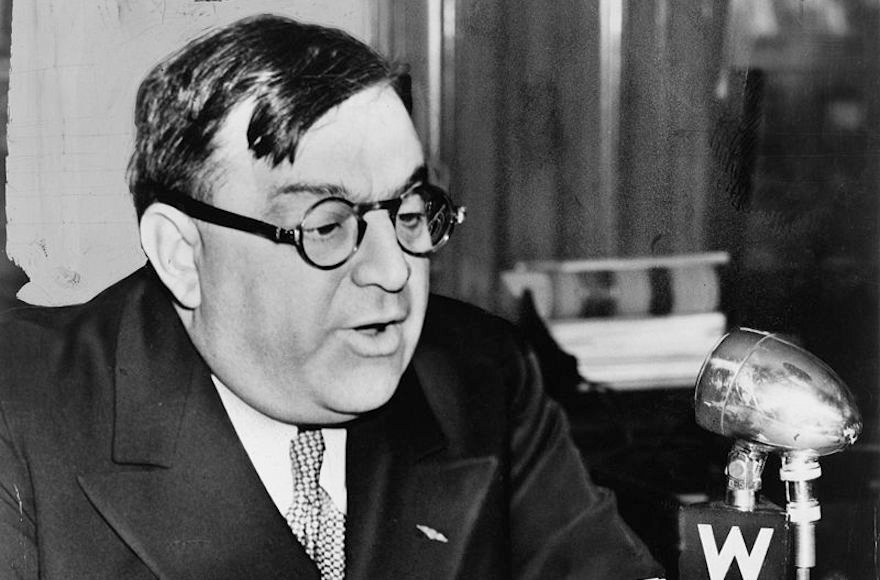 Strict rabbinical supervision of poultry markets was urged in a series of resolutions adopted at the first meeting of the Rabbinical Advisory Committee of Fifty at City Hall yesterday. The committee was appointed by Aldermanic President Deutsch last week to advise the city on kashruth.

Mayor LaGuardia opened the meeting by telling the rabbis that “the city desires to protect the consumer.”

“The trouble in New York,” he said, “is that there has never been any centralized effort at supervision. The Jewish public pays five cents per pound more for kosher poultry that it would pay for ordinary poultry. It is entitled to have kosher chicken.

“The five cents per pound is more than enough to pay for supervision.”

Expressing the hope that the economic difficulties in the poultry industry will be settled by Judge Otto Rosalsky, the Mayor’s mediator, within the next five days, La-Guardia offered the rabbis the cooperation of the city in enforcing supervision.

The resolutions adopted were as follows:

(1) Thanking the city administration for its help in promoting kashruth in New York and expressing the hope that the city’s mediator, Judge Rosalsky, will make no settlement without including a provision for rabbinical supervision of poultry markets.

(2) Urging the shochtim not to go back to work unless there is rabbinical supervision.

(4) Thanking Judge Rosalsky for his work and suggesting that a tag be attached to each kosher chicken with the mark of a recognized rabbi to make sure that the chicken has been killed under a rabbi’s supervision.

(5) Backing the shochtim in their demand that they be not obliged to slaughter more than 12,000 pounds (between fifty and sixty coops) of fowl per week.

The last resolution was passed after the meeting had broken up. In the general disorder, Arthur Simon, co-chairman, asked if there were any objections, and, hearing none, considered the motion passed.

A committee of twelve to negotiate with the slaughterhouse owners and to act as a steering committee was appointed yesterday by Louis Lande, acting chairman. The committee includes the following rabbis:

Louis Lande made a plea for unity among the ranks of the rabbis in the struggle for Kashruth in New York.

The committee of twelve will meet in the office of Arthur Simon, 139 Centre street, at eleven o’clock this morning. Judge Rosalsky’s hearings in the Criminal Courts building will resume at two o’clock this afternoon.

A virtual ultimatum demanding the settlement of all labor disputes within the live poultry industry by August 15 was given members of the poultry industry yesterday by Leroy Peterson, poultry code supervisor, at a special meeting of all branches of the industry at the Broadway Central Hotel, 673 Broadway.

“Prosecution will follow if there is no conciliation by the fifteenth of August,” Peterson warned the three hundred retail and wholesale market men, and commission merchants. For the past few weeks committees have been meeting continuously in an effort to effect a settlement, but nothing was accomplished up to the present time.

Peterson and other speakers scolded and warned the owners to comply with the code. “If you are not intelligent enough to follow the provisions of the code the government will compel you to,” Peterson declared. The marketmen appeared uncomfortable but listened attentively.

“I know you are violating the code and I appeal to you now, for the last time, to stop doing so. There will be no monkey business about the enforcing of the code,” the code supervisor said.

Among the main provisions of the code, as explained by Peterson, is the tenet that the market people are not permitted to sell poultry below the cost of individual operation. In connection with this provision, Peterson announced that the market owners will have to post their prices daily and that they will not be permitted to sell either above or below that particular price.

Peterson announced that he had enlisted members of Schochtim Union, Local 440, and Poultry Drivers Union, Local 167, to aid him in discovering violations of the code. All violations will be promptly reported and prosecution will follow.

At this point, Peterson struck a strange but nevertheless humorous note, by explaining in detail just how he intends to gather evidence against the men in his audience and eventually to land them behind bars if they do not comply with the code. The market men listened uneasily.

More favorable to the market owners was the declaration that the cost of distribution of poultry in this city is too high. “It is our intention to make a study of the costs of trucking and cooping and we will make recommendations to the proper authorities,” Peterson remarked.

J. Sidney Bernstein, counsel for the Slaughter House Association, told the assembled men that “in violating the provisions of the code, which were intended to help you, you become your worst enemies.”

The same sentiment was echoed by Louis Nizer, attorney for the retailers. “Following the code is the best way you can make money,” he said.

Other speakers were Arthur M. Loeb, counsel to the code supervisor, and Herbert Wechsler, NRA representative of the industry advisory committee.