Nazis Seek to Keep Olympic Guests from Getting Data on Jews 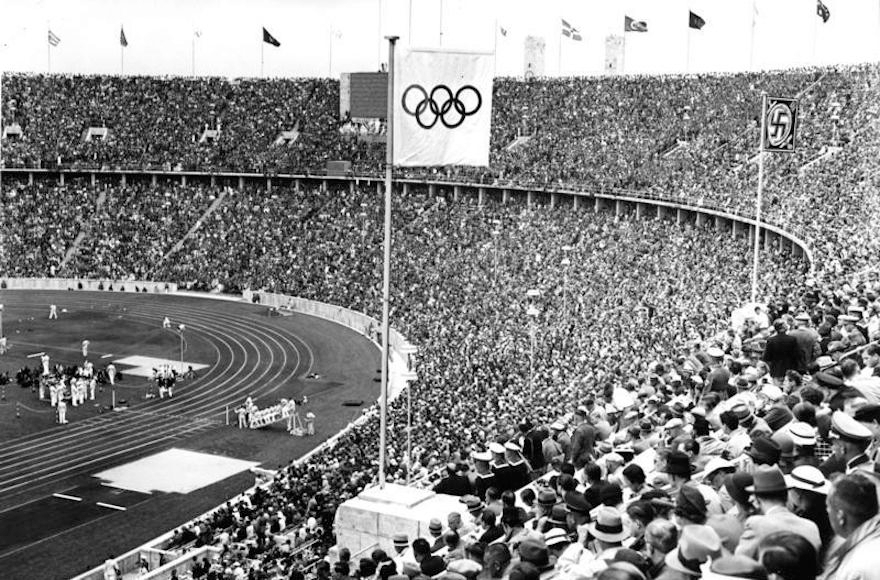 The Nazi authorities today took precautions against foreign visitors to the Olympics Games getting first-hand information on the Jewish question.

The Gestapo, secret State police, ordered Jewish institutions not to maintain contact with foreign visitors who wish to study the Jewish question. Names of visitors desiring to get into direct touch with the Jewish organizations must first be reported to the Gestapo, the order specifies.

The Ministry of Propaganda has detailed special guides to take American and other visitors to the games on a tour of the “ghetto” cafes on Berlin’s “white way,” the Kurfuerstendamm, which are frequented chiefly by foreign Jews. The purpose of this action is to impress upon the foreigners that “Jews are still leading a free life in Germany.”

Homes of Jews will be distinguished from those of their “Aryan” neighbors during the forthcoming Olympic games, under an order issued today by Dr. Julius Lippert, State Commissar for Berlin.

The order provides that all buildings must fly both the Reich and the Olympic flag. But since Jews are barred under the Nuremberg laws from displaying the national flag, Jewish buildings will be conspicuous by its absence.

The belief was expressed that Jews may be permitted to fly the Berlin municipal flag instead.

The first groups of several thousand American Olympics visitors arrived yesterday. It was reported that no Jews were included among them.