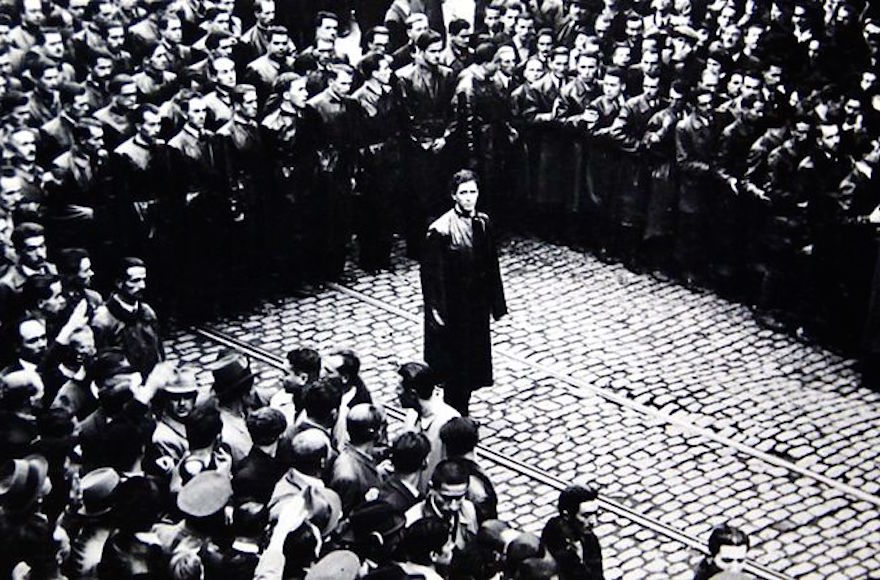 Rumania’s so-called “Jewish problem” no longer exists. By New Year’s all but a few scattered hundreds of Rumanian Jews had been reduced to pauperism in the most successful anti-Jewish Blitzkrieg the world has seen to date.

In the opinion of this correspondent, who has just returned from Bucharest, not even Germany can boast such a record as that attained by the Iron Guard in Rumania–except possibly in occupied Poland, where the situation is not exactly comparable. Whereas the current plight of the Jews in Poland is mainly the result of military conquest, the plight of the Rumanian Jews, which is almost as bad, is the result of an internal campaign which began only six months ago.

Before the Soviet occupation of Bessarabia created the need for a scapegoat–in order to save the face of the Rumanian Army and the Government which had ordered surrender of the province–the Rumanian Jews were better off than the Jews in many other European countries, not counting Hungary. Now, however, the Hungarian Jews may consider themselves lucky, despite all the restrictions to which they have been subjected, even the Jews in Hitler’s Germany have more security than their co-religionists in Rumania, where no central control yet exists to direct or limit the persecution of members of their race.

The occupation of Bessarabia late in June was the signal for the July pogroms, in which hundreds of Jews were killed. These pogroms were followed by the anti-Semitic code of the Gigurtu Government, a series of laws far harsher even than the Nuremberg laws in Germany.

Then came cession of Transylvania and more pogroms and arrests of Jews, even bankers and industrialists, on charges of “Communism.” No sooner had this outbreak subsided than the Iron Guard seized power, ousting King Carol, redoubling persecution of the Jews and organizing still more pogroms.

An estimated 3,000 Jews lost their lives between June 28, when Soviet Russia sent its ultimatum on Bessarabia, and Jan. 1, 1941.

Meanwhile, the Jewish population of Rumania has been reduced to 175,000 or one-quarter of the 700,000 living in the country when the Soviet seized Bessarabia. Approx- imately 300,000 then became Soviet subjects and another 150,000 went to Hungary in the occupation of Northern Transylvania last September. Since then at least 65,000 have fled to Bessarabia and 10,000 to Greece, Turkey and Palestine in an exodus which continues despite every obstacle and hardship.

It may at first be difficult to conceive that Jewish doctors, lawyers, businessmen and other bourgeois elements are voluntarily emigrating to Communist Russia along with poor artisans and peasants. But it is less difficult to understand this when one observes, as this correspondent has, the treatment to which Rumania’s 175,000 remaining Jews have been subjected.

Recently, Iron Guard bands dug up the bodies of Jews and half-Jews buried in a Christian cemetery in Bucharest and threw their bones on the municipal refuse dump. At the gateway to the Jewish cemetery they erected a cross and next to it the crossed bar insignia of the Iron Guard (signifying the cell windows through which Codreanu and other “martyrs” started during their prison terms). Beneath the insignia is displayed the following legend: “Even here you will not be forgiven.”

In a country where hatred for a racial minority has been whipped up to such extremes, mass expropriation of Jewish businessmen, firing of Jewish employees and confiscation of Jewish wealth and property without regard to the economic consequences for the country no longer seen extraordinary.