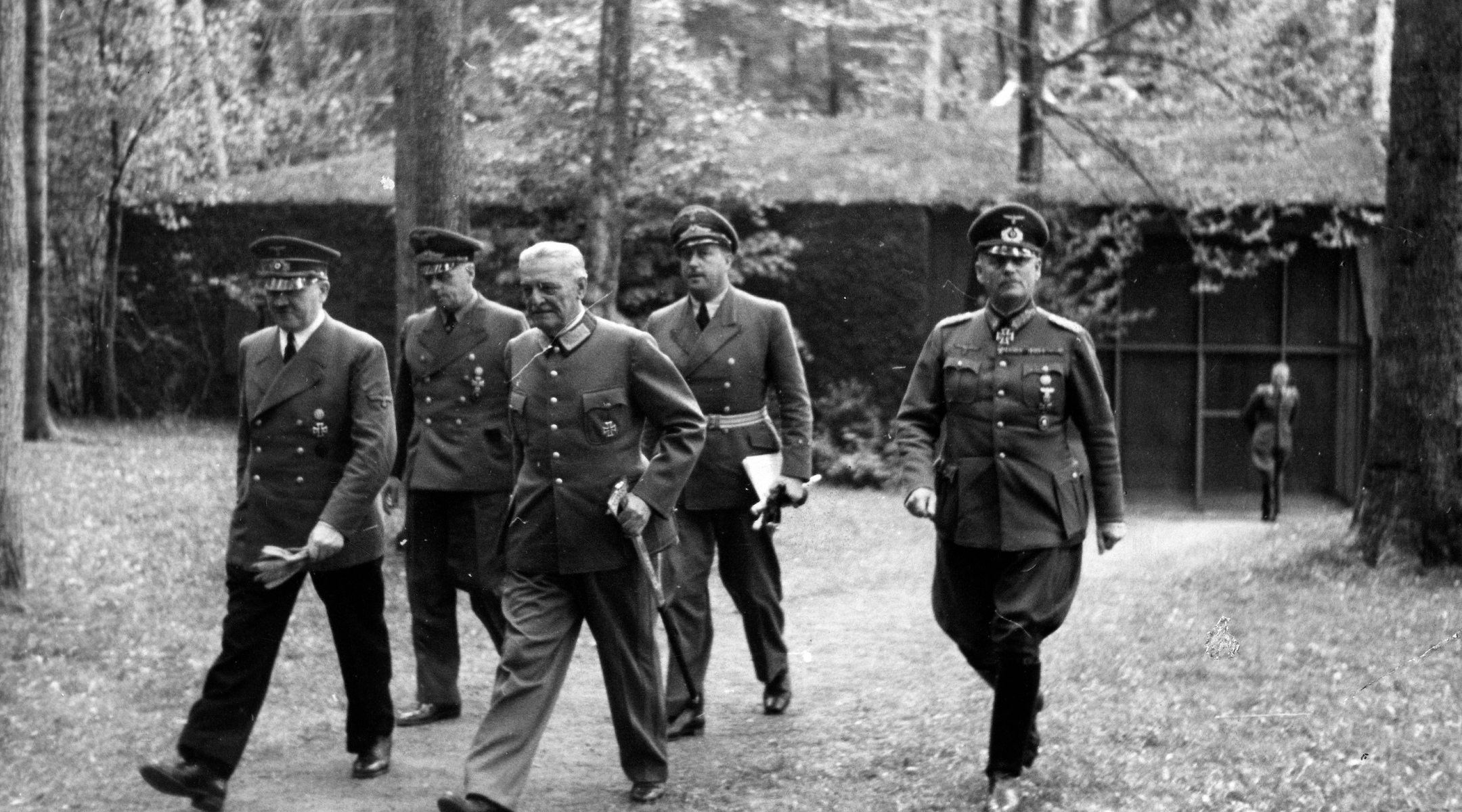 Adolf Hitler, left, with Croatia's Vice Chief of State and Minister of Defense Slavko Kvaternik, to his left, and other Nazi officials in 1941. (Heinrich Hoffmann/ullstein bild via Getty Images)
See Original Daily Bulletin From This Date
Advertisement

The Croatian anti-Jewish law follows closely the lines of the German Nuremberg legislation, it appears from details published in the Nazi newspaper Hamburger Fremdenblatt.

The first section differentiates between citizens and subjects, the latter including Jews, Gypsies and persons of “doubtful loyalty.” The second section defines a Jew in accordance with the Nuremberg laws. “Quarter-Jews” are recognized as Croatians.

The third part is concerned with matrimonial law and regulations to safeguard the “blood and honor” of the Croatians. Mixed marriages are allowed only by special authorization of the Government. Extra-marital sexual relations between Croats and “non-Aryans,” particularly Jews, is forbidden. Jews are not allowed to employ “Aryan” maids under 45 years of age or to display the national flag. Jews who changed their names after Dec. 1, 1918, must resume their original names.