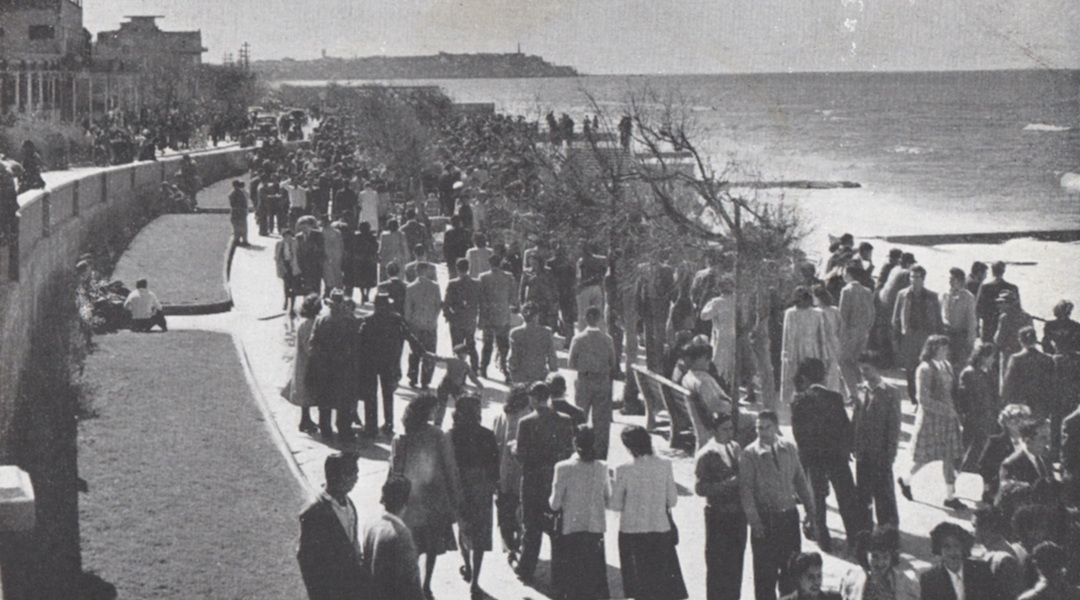 The worst heat wave ever remembered in this country continued throughout Israel for the third consecutive day, causing casualties and paralyzing the normal life of the nation. Two persons were reported today dead from heat exhaustion and more than 40 people fainted in the streets of Tel Aviv.

In Jerusalem, several persons were injured today in a fight outside ice factories where crowds clamored for ice to get relief from the unprecedented heat. Several were arrested as a result of the clashes. Unable to provide sufficient ice for the local population, factories were ordering ice from Tel Aviv.

Many workers were absent today from factories and offices in Tel Aviv. The Health Ministry issued an order that parents keep their children inside their houses, and not permit them out in the streets. Many streets in the city looked deserted, in view of the fact that the inhabitants were afraid to walk on the hot sidewalks. The meteorological station said that the heat had started somewhere near the Dead Sea whence it moved in a northern direction.