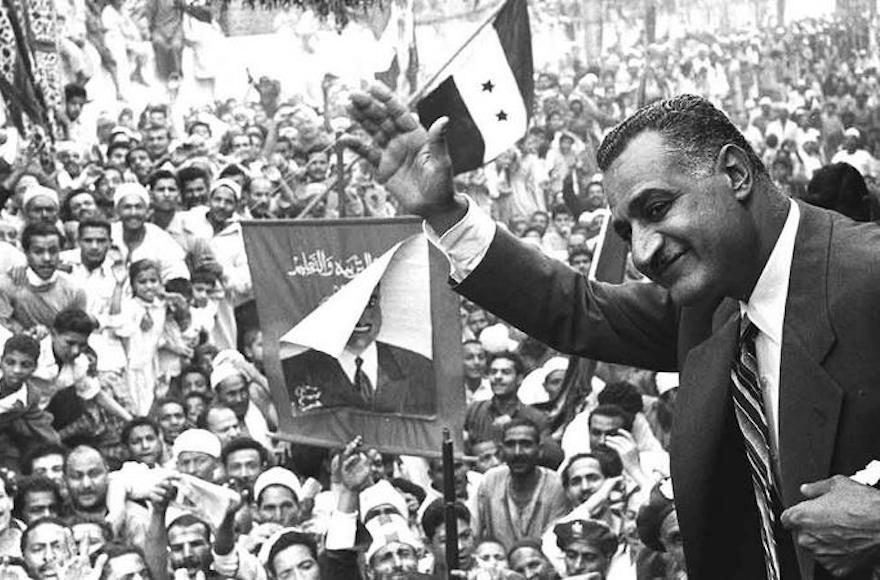 “The greatest Jewish refugee crisis in a decade is now in the making. Rabbi Herbert A. Friedman, executive vice chairman of the United Jewish Appeal, declared at a press conference here today following his return from a ten-day survey of emergency aid efforts in Western Europe for thousands of Jewish refugees from Hungary and Egypt being carried out by the Joint Distribution Committee and the Jewish Agency.

“This year,” he warned, “may see more than 100,000 Jews in flight from Nasserism in Egypt, Communism in Hungary and dangers in other lands. A cold pogrom is taking place in Egypt. Nasser is subjecting a helpless minority to every oppression to which Jews were subjected by Hitler short of death camps.

That Nasser means to drive out most of Egypt’s Jews is also deducible,” Rabbi Friedman added, “from the fact that he has denied the 45,000 who remain any chance to earn their own living. Professionals can’t practice, businessmen have no business, artisans have no clientele. If these people don’t set out they will begin to starve.”

Together with Moses A. Leavitt, executive vice-chairman of the Joint Distribution Committee, Rabbi Friedman met the Egyptian liner Misr which landed 976 terrorized, expelled and almost penniless Jews at Naples, Italy last week. Rabbi Friedman and Mr. Leavitt also visited the Austria-Hungarian border a few days later to talk with some of the 16,500 Jews who are part of the 165,000 escapees of all faiths we have fled the Communist regime in Hungary.