South African Jews Concerned over Criticism of Their Government 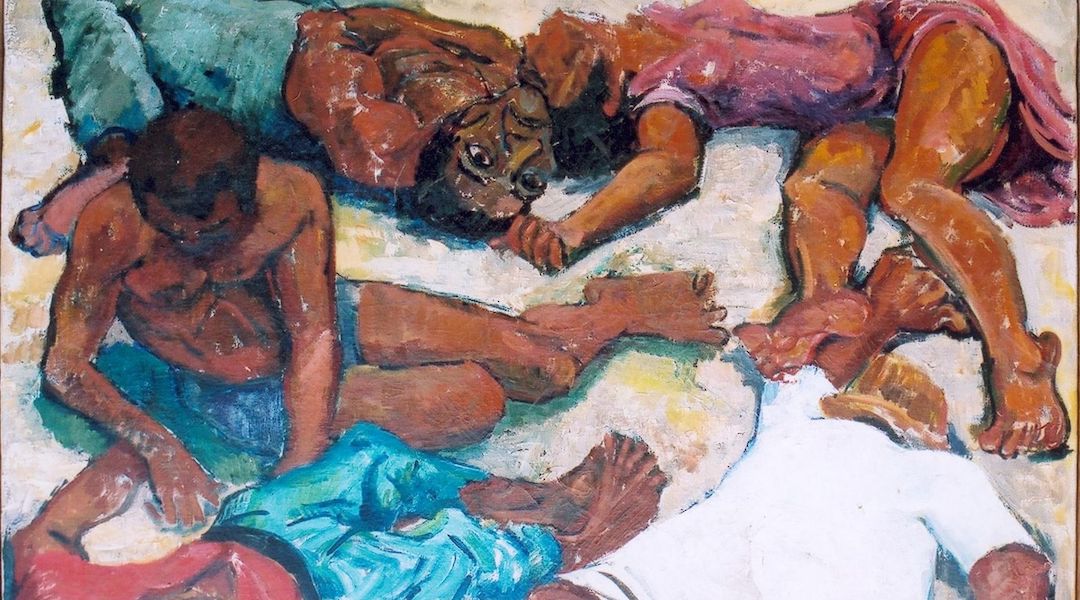 A painting by Godfrey Rubens depicts the Sharpeville Massacre of 1960, in which police killed 69 protesters in the South African town of Sharpeville. (Godfrey Rubens/Wikimedia Commons)
See Original Daily Bulletin From This Date
Advertisement

Namie Philips, chairman of the executive, said that several deputies had criticized such reports and comments and that they had reaffirmed the “correctness” of South African Jewry’s refusal to take a Jewish communal stand on the issue. The Board had said previously that apartheid was a national political issue on which Jews were no less divided than non-Jews and entitled as individual citizens to hold personal opinions, pro or con.

Gustav Saron, general secretary of the Board, reported on a visit to Bloemfontein, where a national festival is being held in celebration of the 50th anniversary of the Union of South Africa. He said that he had been deeply impressed by what he called the earnest attempt made at the festival to create a feeling of unity among all sections of South Africa’s population.

One of the highlights of the Bloemfontein Festival was the performance of 75 members of the Habonim, Labor Zionist Youth, of South Africa, in a parade and youth program. The Habonim were warmly applauded by a crowd of 50, 000 who watched the parade.

The blue-and-white clad Habonim members marched out on the floodlit field of Festival Stadium there to present one of a series of tableaux representing the role of South African youth in building the nation. The announcer paid a special compliment to the Zionist youth for their “excellent display, ”

In a message of greeting to the Government, chairman Edel Horwitz of the South African Zionist Federation extolled the “act of faith” which led to the country’s “remarkable development” and added that “We Jews feel Justly proud that we have been privileged to make significant contributions to every aspect of South Africa’s development.”

“As Zionists, too, we appreciate the sympathy and support which the Zionist movement has been accorded by the people of South Africa and by our progressive governments,” the message added. “We recall with pride that the Union of South Africa was one of the first countries to recognize the State of Israel.”