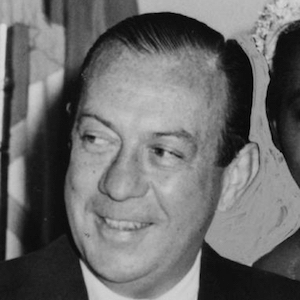 Mayor Wagner of New York announced at City Hall today that George Lincoln Rockwell, leader of the American Nazi Party, will not receive a permit to speak in New York “on July 4th or any other time.” He said that an attempt by Rockwell to speak in this city was “an invitation to riot and disorder from a half-penny Hitler. The invitation is declined. ”

The Mayor warned that “left to their own devices, the people of this city would stone Rockwell out of town. ” He said he believed the New York Police Department could halt any riot, “but no police force can prevent a riot from starting.”

Earlier, attendants at the New York County Supreme Court had to call in police to save Rockwell from manhandling by a crowd of 200 who cried “Kill the Nazi!” when they recognized him in the rotunda of the building. The would-be “fuehrer” was pushed around but was not injured.

Rockwell appeared to testify before Justice Vincent Lupiano who heard argument on an application for a permanent injunction against issuance of a permit for the July 4 meeting. The action was brought by State Assemblyman Irwin Brownstein. Abe Stark, president of the New York City Council, and a number of Jewish organizations also filed petitions as friends of the court.

Rockwell admitted to the court that his “party” had only 30 members but insisted “they are joining every minute.”

The hearing was adjourned until tomorrow morning but it appeared probable the injunction application would be with drawn in view of Mayor Wagner’s announcement. The New York Civil Liberties Union was weighing the possibility of an appeal from the mayor’s decision if Rockwell asked for further support.