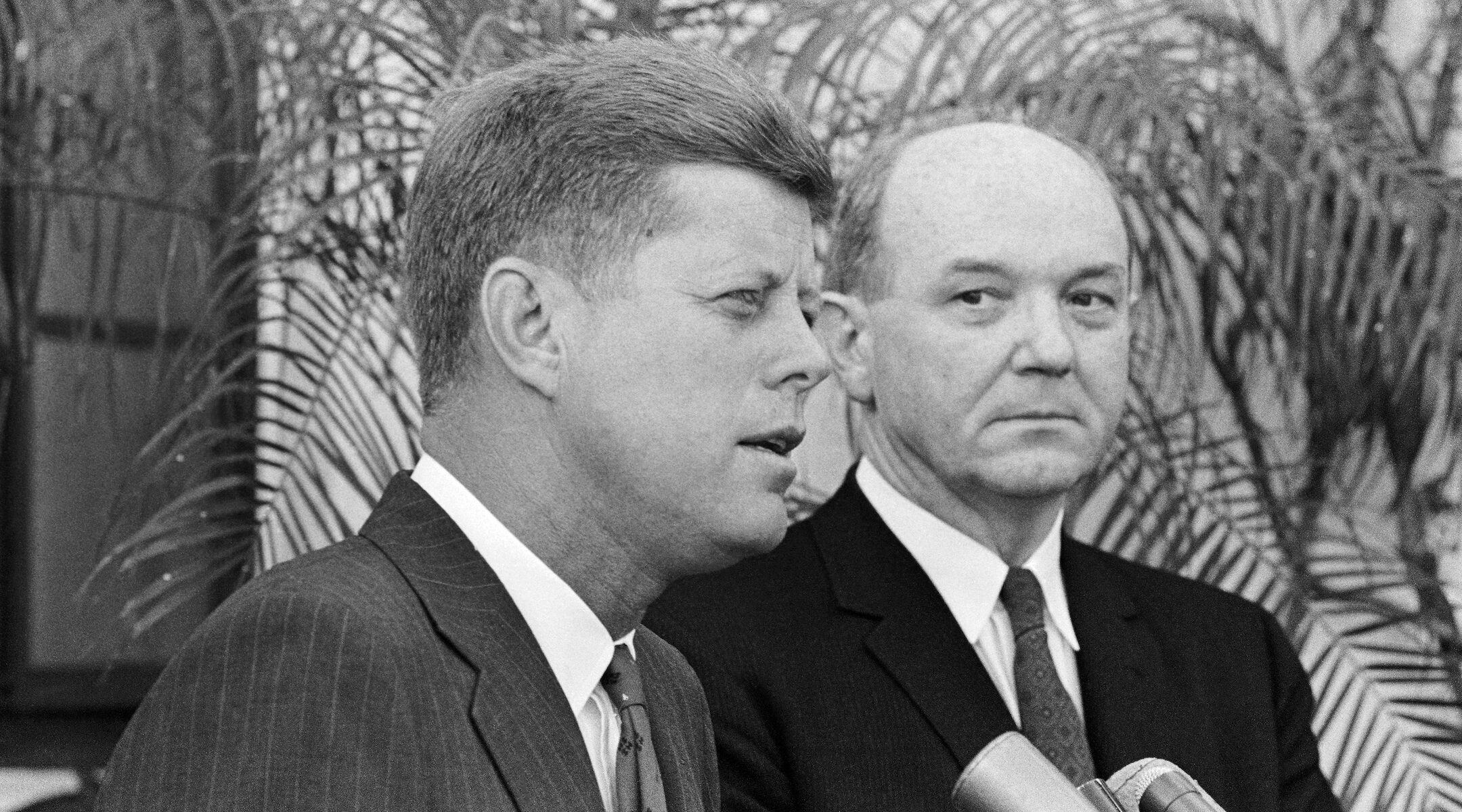 Then President-elect John F. Kennedy announces Dean Rusk, shown to his right, as his choice to be secretary of state, Dec. 12, 1960. (Bettmann/Getty Images)
See Original Daily Bulletin From This Date
Advertisement

Mr. Rusk, president of the Rockefeller Foundation, is considered as one of the country’s foremost experts on international affairs. Mr. Rusk entered the State Department, in 1946, under the Administration of President Truman, as assistant chief of the Division of International Security Affairs. In 1945, he was appointed director of the State Department’s Office of Special Political Affairs, in which Job, among other affairs, he was entrusted with the United States policies in the United Nations. He was a member of the American delegation to the UN in November, 1947, when the U.S.A. backed the Palestine Partition plan.

Rep. Bowles, former Ambassador to India, has been considered in Congress as sympathetic to Israel. He has consistently taken great interest in the problems of the Middle East and the Far East.