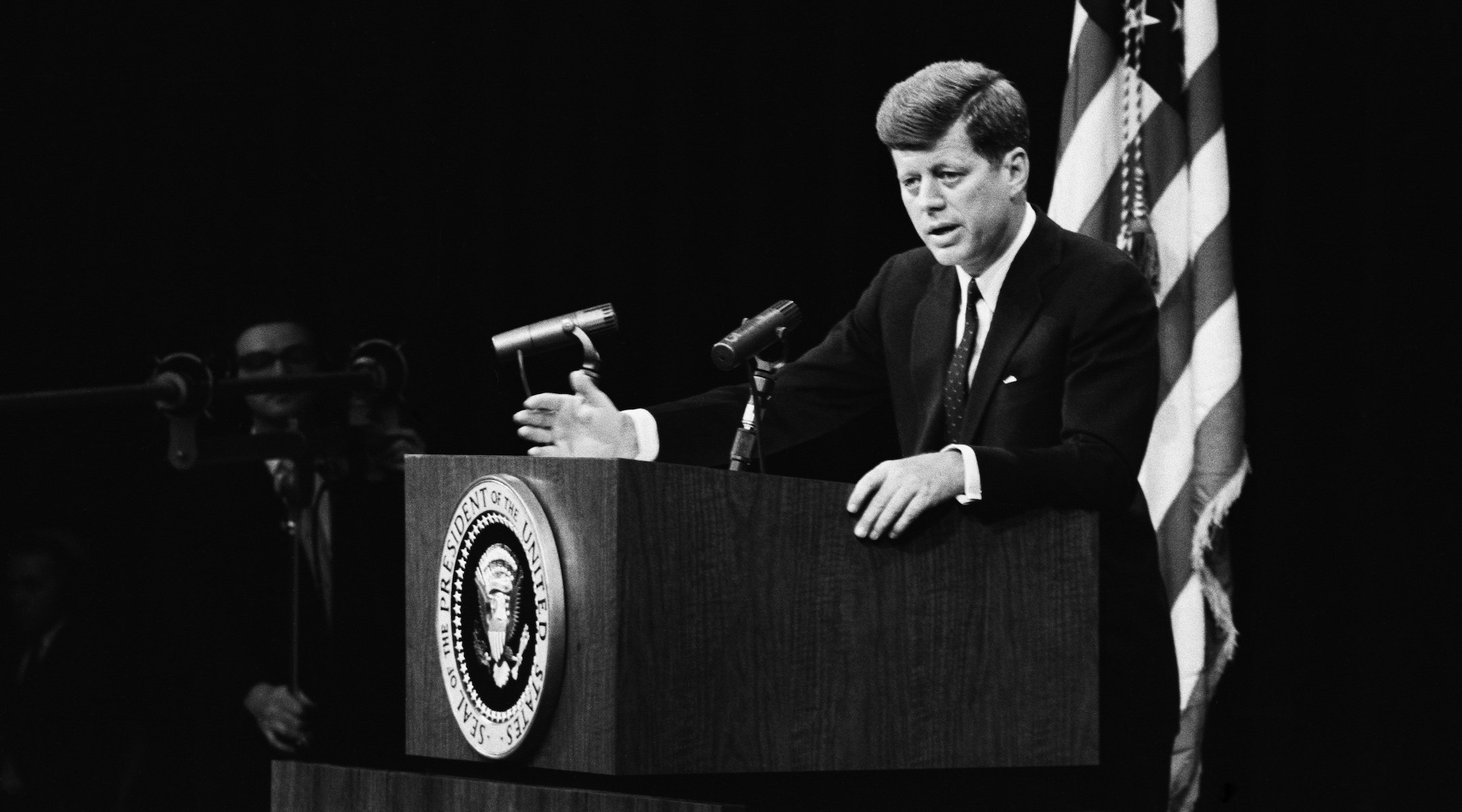 President-elect John F. Kennedy tonight commended support of the Hebrew University of Jerusalem “as a constructive force in the Middle East and for educational assistance to the new nations of Africa and Asia.”

The President-elect’s message was sent to a dinner at the Hotel Pierre which paid tribute to Maurice Levin and Jacob M. Kaplan, New York philanthropists, as founders of the university’s new Dental School building. The event celebrated the laying of the cornerstone of the new edifice at Ein Karem, Jerusalem, which has been named the Ida and Maurice Levin Building of the Hebrew University-Hadassah School of Dentistry Founded by the Alpha Omega Fraternity. A gift of $250,000 by Mr. Levin and Mr. Kaplan launched this contribution to the total development program of the Hebrew University.

President-elect Kennedy’s message warmly praised Mr. Levin and Mr. Kaplan for their generosity in establishing the new Dental School building. Referring to “this important new addition to the Hebrew University,” he added that “all members of the American Friends of the Hebrew University have cause for satisfaction–for these are the true monuments to progress toward peace and understanding.”

In accepting the Founders Award, Mr. Levin stressed Israel’s role in helping the peoples of Asia and Africa to solve their problems. He pointed out that Israel is well equipped to perform this historic function “by virtue of its geographic location, its brilliant leaders, and dedicated people.” Daniel G. Ross, chairman of the board of the American Friends of the Hebrew University, reviewed the achievements of the university.