Nazis Who Deported 82,000 Jews from Holland Get Prison Terms 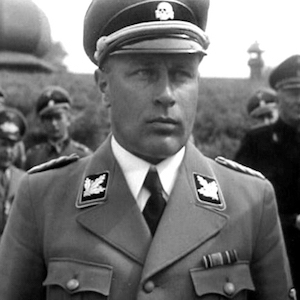 A Munich court sentenced this weekend to prison terms the former head of the Nazi security police in occupied Holland and two of his key aides on charges of knowingly transporting to Nazi death camps 94,398 Dutch Jews. One of the victims was Anne Frank, whose diary became a literary testament to the suffering of the Jews during the holocaust. Only 1,070 of the deportees survived.

Former SS Gen. Wilhelm Harster, 62, was sentenced to 15 years imprisonment at hard labor for complicity in the deportation of Jews in 82,000 cases. Gertrud Slotke, chief of the women’s section of the Nazi police under Gen. Harster, received a five-year term. Former SS Major Wilhelm Zopf, Harster’s principal aide in Holland, was sentenced to nine years at hard labor. Harster admitted during the trial here that he knew that, “as a whole, ” the Dutch Jews were going to their deaths.

Harster had previously been convicted by a Dutch court in 1949 of “abuse of duty” and sentenced to 12 years’ imprisonment. He was freed after serving six years and returned to Germany where a denazification court declared him “mildly incriminated.” In 1956 the Bavarian Civil Service named him to a school post in Upper Bavaria. He retired three years ago on grounds of illness and has since been living on a civil service pension.