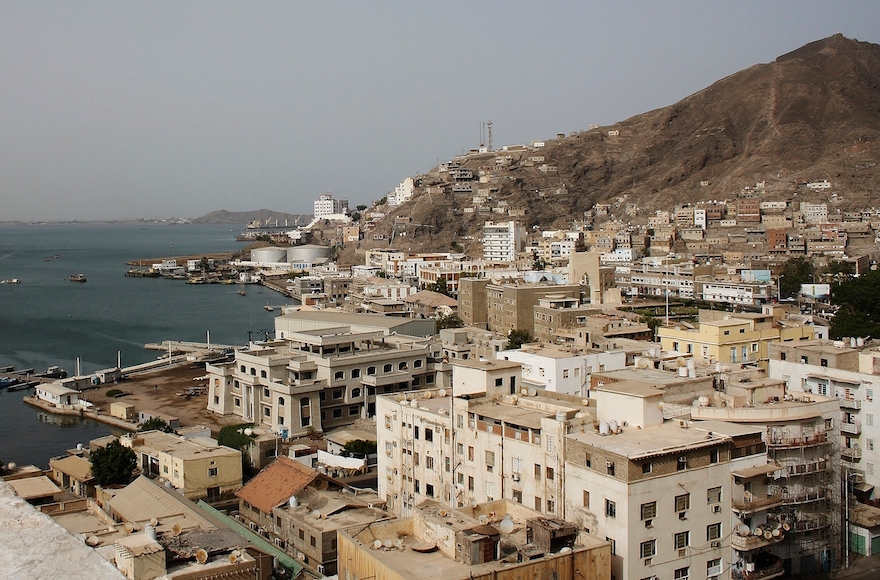 The Jewish community in the British protectorate of Aden, where Jews have lived for perhaps 2,000 years, as far back as the destruction of the Second Temple, has ceased to exist, according to a Jew who arrived at Lod Airport last night.

He said he was the last Jew to leave the protectorate. In recent months, the Jews in Aden, who were believed to have already dwindled to no more than about 400, have suffered severe persecutions at the hands of Aden nationalists. The Jews have had to crowd into one narrow quarter of the city, living under protection of the British army.

Aden became a British possession in 1839, but will soon become independent within the framework of the South Arabian Federation. There were about 250 Arabian Jewish families in 1850, plus about 300 members of the Beni Israel, the so-called “brown” Jews of Bombay. By 1937, there were about 3,740 Jews there, almost all Arabian. The Jews had their own synagogue and a printing plant for the issuance of prayer books and other Hebrew works. But the community has been decreasing in size since many Jews started to emigrate to Israel after the State was established. The recent exodus was speedier, since the Jews were being heavily persecuted. Now, according to yesterday’s arrival, no Jews are left in this ancient community.