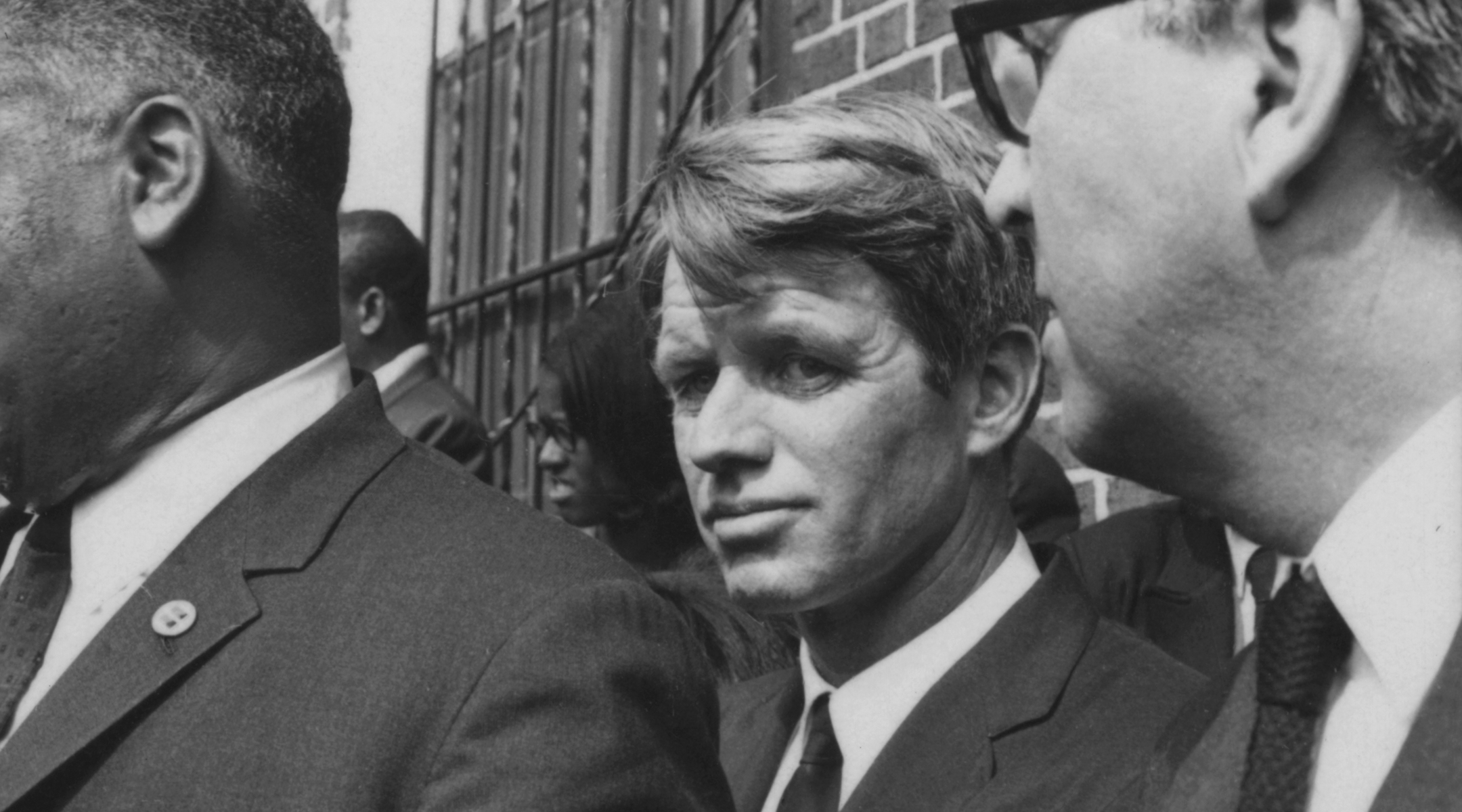 The Johnson Administration is deeply concerned lest the assassination of Sen. Robert F. Kennedy by a fanatically anti-Israel Arab affect American relations with the “pro-Western” Arab regimes of Jordan, Tunisia, Lebanon, Saudi Arabia and Kuwait. Efforts are being made at the highest levels to protect Arab diplomats from possible reprisals and to play down the fact that the killing was apparently linked with the Arab-Israel issue. A top official said, with the stipulation that he not be identified: “We cannot permit a wave of anti-Arab sentiment among the American public at a time when we are trying to restore good relations with our friends in the Arab world.”

(At the United Nations, New York City and UN police were on security alert after telephone threats against the lives of the Jordanian, Syrian and Algerian ambassadors. It was assumed that the threats were linked to the assassination of Sen. Kennedy by an Arab.)

Some saw significance in the statement of President Johnson that “we do not know the reasons that inspired the attack on Sen. Kennedy.” Before the President made the statement he had the benefit of detailed reports on the identification of the accused that presumably referred to a possible anti-Israel motive for the shooting. The gunman, Sirhan Bishara Sirhan, was identified in some reports as an Arab fanatic who shot Sen. Kennedy to dramatize the Arab case against Israel. The alleged assassin was born in Jerusalem while it was under British Mandate rule, on March 18, 1944.

Some law enforcement authorities are convinced that Sirhan acted from political motives. He is believed by some investigators to have been inspired by the principles of the El Fatah terrorist organization based in Jordan. When arrested, Mr. Sirhan had a newspaper clipping in his pocket by Washington columnist David Lawrence who had written that Mr. Kennedy was a dove on Vietnam but a hawk on the Arab-Israel issue. The suspect had been known to make passionate anti-Jewish and anti-Israel statements. He had held a Jordanian passport and came to the U.S. in 1957.

Mr. Kennedy had been an outspoken friend of Israel. Last Saturday on a television debate with Sen. Eugene McCarthy, another Democratic Presidential nomination contender, he had urged that the U.S. sent 50 Phantom jets to Israel. Mr. McCarthy agreed with him.

GOVERNMENT SEEKING TO PLAY DOWN IMPACT ON PUBLIC OPINION

Officials, Congressmen among them, said they could not deny that Mr. Kennedy’s murder was a political one motivated by Arab fanaticism. But they said instructions had been issued at top levels of Government to help spare the Arabs, especially the State of Jordan, from any outburst of American public opinion against Arab peoples. The theory advanced is that the slaying serves the interests of El Fatah and other extremists. It could undermine King Hussein’s regime if Washington were forced to sever arms shipments to Jordan and end other forms of aid because of outrage among U.S. citizens.

The Department of Justice and intelligence agencies are assembling the facts pertaining to possible links between Mr. Sirhan’s activities in the Organization of Arab Students and El Fatah or other extremist groups or Arab Governments. But the aim is for internal security purposes rather than an indictment of Arab terrorism.

Some legal authorities here predicted that Mr. Sirhan would seek to turn his murder trial into an anti-Israel propaganda show. Prospective jurors might be challenged if they are Jewish, they said. Mr. Sirhan may seek to use the widely publicized trial as a forum for diatribes against Israel encompassing the Arab refugees, the occupation of the West Bank, Jerusalem and Gaza, and the whole scope of what the Arabs call “the crime of Palestine,” they said. (An Arab newspaper in Lebanon today proclaimed that at last “the murder of the Palestine homeland” has been brought dramatically to the attention of the American people.)

Officials of the Southern California Civil Liberties Union have expressed concern that Mr. Sirhan might not be receiving his proper constitutional rights. They said the statements by Los Angeles Mayor Samuel W. Yorty about discovery of a notebook detailing an apparent intention to kill Sen. Kennedy before June 5 may have prejudiced the rights of the accused to a fair trial. The material was said to also reflect extreme anti-Israel and pro-Communist views. Mr. Sirhan had reportedly written “Long Live Nasser.”

The Organization of Arab Students in Washington wired a message of sympathy to Mrs. Ethel Kennedy, the Senator’s wife, and sought to dissociate itself from the act of violence.

(The press in some Arab countries today said that Sen. Kennedy was made to pay for U.S. pro-Israel policies. In other newspapers, regret was voiced over the assassination. The Beirut newspaper “Al Kifah” said the slaying was a ‘Jewish plot” designed to prevent Sen. Kennedy from reaching the White House where he would find “the Jews were behind” the murder of his late brother, President John F. Kennedy. Some Palestinians expressed the belief that Mr. Sirhan had been a “hired killer” and an agent in a Zionist plot to discredit the Arabs. Jordan’s Ambassador to the United Nations, Muhammad el-Farrah, expressed today the Jordanian Government’s “strong condemnation” of “the criminal act committed against an outstanding American and a leading public servant.”)

The suspect’s father, estranged from the family, lives in El Taiyiba, a small village on the Israel-occupied West Bank, He expressed horror at hearing about his son’s alleged role in the murder and said that if his son was guilty, he should be hanged.