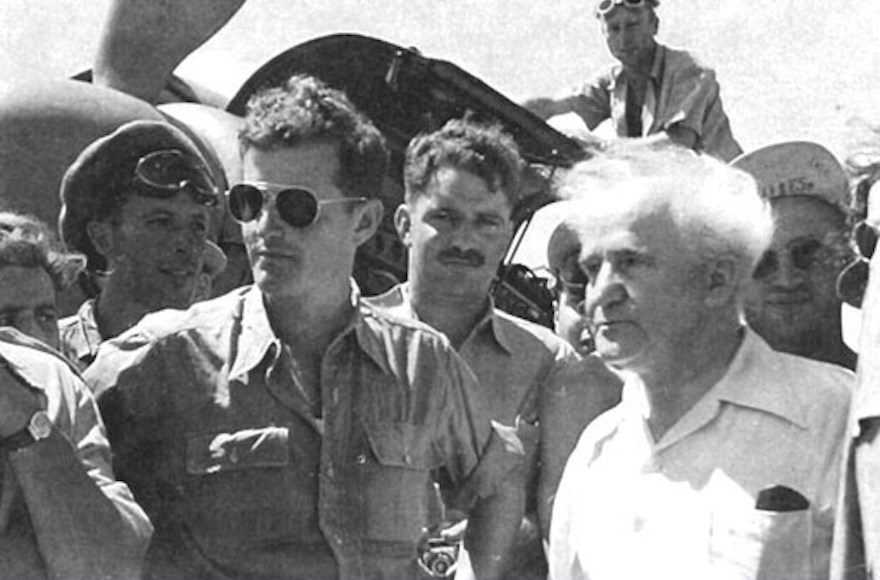 Former Premier David Ben-Gurion says he has changed his mind about returning most of the administered Arab territories in exchange for peace. The 86-year-old elder statesman said in an interview published today in the Jerusalem Post that after the Six-Day War he favored giving back all of the territories except East Jerusalem and the Golan Heights if the Arabs agreed to make peace with Israel.

“But peace has not come to this day. They don’t want to make peace with us.” he said. He said he now favored Jewish settlement on the West Bank. “Israelis should settle on every party of the land” but “not by displacing Arabs,” Ben-Gurion said.

He reminded Israelis, who now regard the Soviet Union as an enemy of Israel, that the USSR was a major factor in Israel’s defeat of the Arabs in its war for independence in 1948. “The only ones who promised to help were the Russians who sent us vital arms by way of Czechoslovakia,” Ben-Gurion said “Without these, we would not have been able to fight back. One day I will tell how the Russians helped us–not like what they are doing to us today,” he said.

ISRAELI LEADERS ON ‘MEET THE PRESS’

In Jerusalem, Premier Golda Meir, Deputy Premier Yigal Allon and Foreign Minister Abba Eban were questioned yesterday by a panel of American newsmen on the NBC-TV “Meet The Press” program. (The program was broadcast live on NBC-TV stations in the U.S.) Allon claimed that Israel had an “historic right” to the West Bank territories but that as a sovereign state it could decide if it wished to relinquish any territories within the framework of a peace settlement.

Mrs. Meir spoke of Israel’s quest for peace. Referring to the recent fighting between the Lebanese Army and Palestinian guerrillas, she said, in reply to a question, that if any Arab state invaded Lebanon to help the guerrillas, or if a guerrilla take-over in Beirut appeared imminent, Israel would act. She recalled that Israel took action on its side of the border when Syria tried to intervene in the fighting between guerrillas and the Jordanian Army in 1970.

Eban was asked how he could reconcile Israel’s annexation of East Jerusalem with its insistence that it was ready to enter peace negotiations without pre-conditions. The Foreign Minister replied that no prior conditions meant that each side could present its position at the peace table but neither side should be required to make any commitments before peace talks begin.