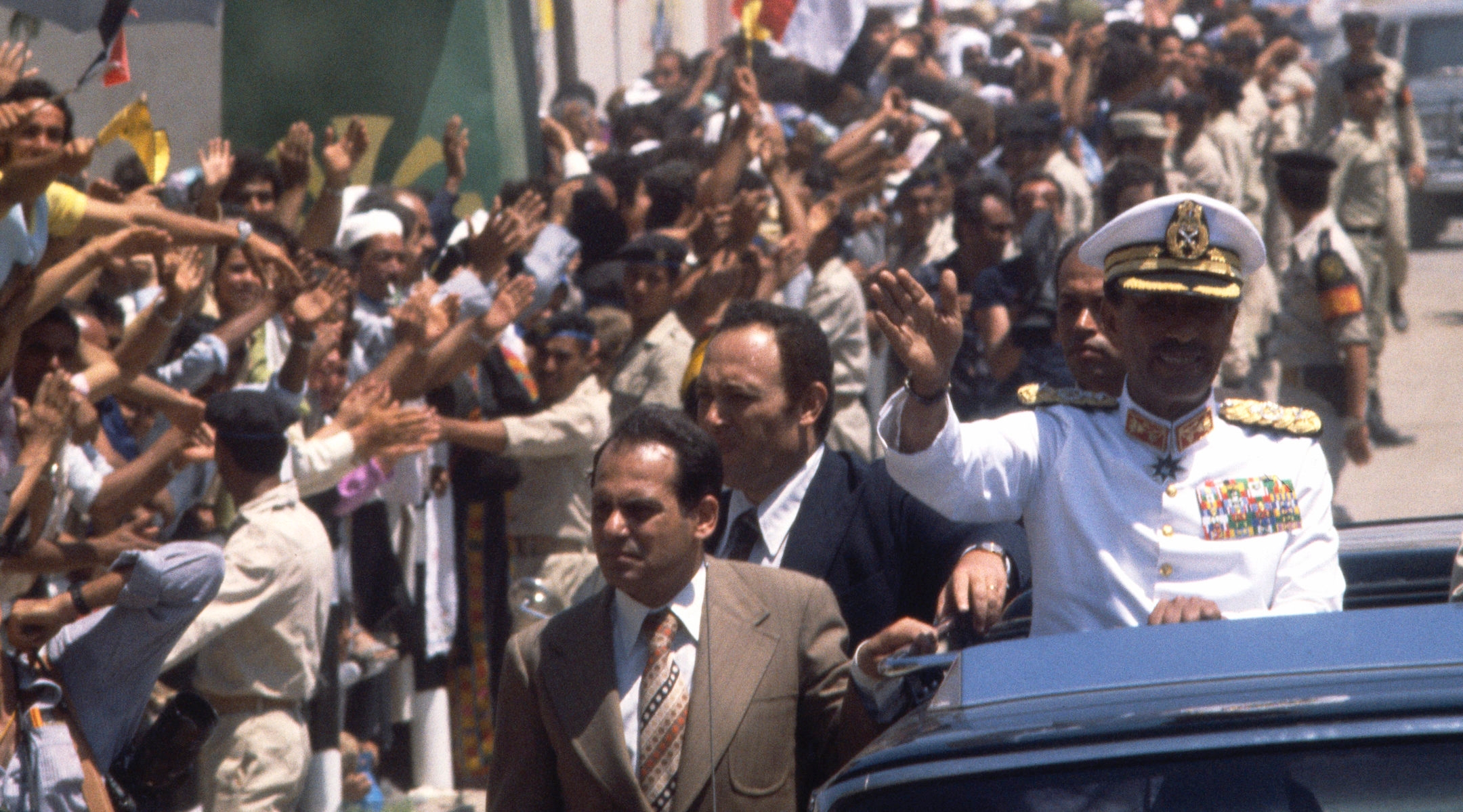 Israel formally returned a 6000-square kilometer region of western Sinai to Egypt at noon today, in precise compliance with the timetable set forth in the Israeli-Egyptian peace treaty. The event was hailed by Egyptian Defense Minister Kamal Hassan All as yet another sign of “the resolute decision of both our nations to progress toward peace and carry out the peace treaty to the letter.”

Hassan Ali’s message was read by an Egyptian army officer during ceremonies at the Bir Naseb oasis where the Israeli flag was hauled down and the Egyptian flag raised, marking the second stage of Israel’s withdrawal from Sinai. The area returned today lies along the Gulf of Suez and contains the famous Alma offshore oil fields, the most productive oil fields found by Israel during its 12-year occupation of Sinai.

The region is inhabited by about 4000 Bedouins. The tribal chiefs and notables invited to the ceremonies came on donkeys and camels, some in trucks and tractors and a few in private cars. The Moslem Fast of Ramadan is in progress so no refreshments were served. But tonight the Bedouins will hold their fantasiyeh, a traditional Oriental festival, to celebrate the return of the region to Egyptian sovereignty. As a farewell gift, the Israeli government distributed five kilograms of flour to each of the 4000 Bedouins, a bottle of oil and IL 20 per person.

Under the peace treaty, the next transfer of Sinai territory to Egypt will take place in four months. It will include the Santa Katerina monastery and the southernmost tip of the peninsula. Two more sections, one in the north and one in the south, will be handed over in six months. By then, the Israeli-Egyptian demarcation line will extend from EI Arish on the Mediterranean coast to Sharm el-Sheikh on the Red Sea. The remaining territory, extending from that line to the old international boundary between Israel and Egypt, will be returned at the end of three years from the date of ratification of the peace treaty.

Meanwhile, Brig. Gen. Dov Sion, the senior Israeli member of the joint Israeli-Egyptian coordinating committee, recited some statistics to show how the Bedouins have benefited from more than a decade of Israeli rule. He said there are now 243 cars in the region where there were none in 1967; II schools where none existed 12 years ago; ten medical clinics and two tribal water installations where there were none before.