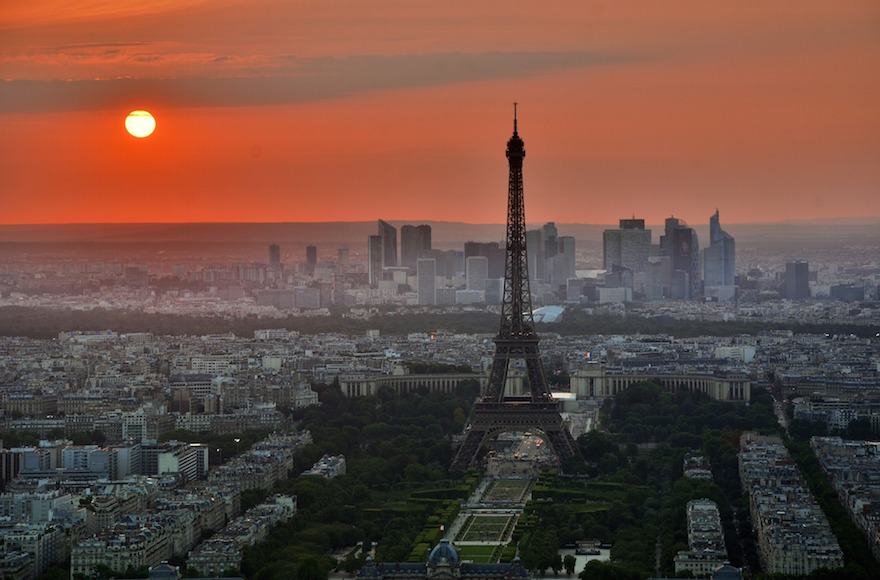 French Jewry is in a state of alarm after an unknown gunman murdered the Jewish owners of a Paris travel agency that specialized in tours to Israel. The assailant walked into the office of IT-Tours Tuesday afternoon and fired eight bullets from an automatic pistol, fatally wounding Edwin Douek, 53, the proprietor, His wife, Michele, 29, was killed instantly and a clerk was slightly wounded. Edwin Douek died of his wounds later in a hospital.

The incident was the first fatal attack on Jews in France since the Oct. 3 bombing of the Rue Copernic synagogue which took four lives. Police immediately took precautionary measures to protect major Jewish institutions. The Rothschild Bank only a block away from the scene of the shooting, was cordoned off. Cars were not permitted to park on adjacent streets. Other Jewish-owned businesses usually associated with Israel were placed under round-the-clock guard.

The first news reports of the shooting said the killings occurred in the course of a robbery. But no money or valuables were taken from the travel agency, a fact confirmed by eye-witnesses who said the gunman, whose raincoat concealed his weapon, made no attempt to rob the premises. He simply opened fire without saying a word and fled. Some eye-witnesses said he appeared to be an Arab.

The chief of the French criminal police, Marcel LeClerc, said yesterday the authorities are convinced the murders were politically motivated and committed on behalf of an Arab country or a terrorist organization opposed to the Camp David agreements.

The police suspicions were based on the fact that the weapon was an Italian-made Beretta 7.65 automatic pistol equipped with a Czech-made silencer. The bullets were of Czech manufacture, the police said. They noted that the some type of weapon and equipment was used in the murder of the Syrian leader, Salah el-Bittar last July 21 and in the attack last summer on former Iranian Premier Shapur Bakhtiar. The killer abandoned the pistol in a Paris street.

NEAR PANIC IN SOME QUARTERS

But a member of the Israeli Knesset, Assaf Yogouri, who was visiting Paris at the time, disagreed with the police theory. He claimed the killings were the work of “an anti-Semitic organization. ” Yogouri said his own investigation and consultations with the “appropriate sources” convinced him that the Doueks were the victims of anti-Semites. The couple was well known in the Jewish community and news of their murder touched off a near panic in some Jewish quarters.

Meanwhile, the police conceded that it will be difficult if not impossible to track down the assassin, They said he probably left the country immediately after the shooting. Police sources also admitted that the special protection of Jewish institutions cannot be continued indefinitely and the guards will eventually have to be removed.