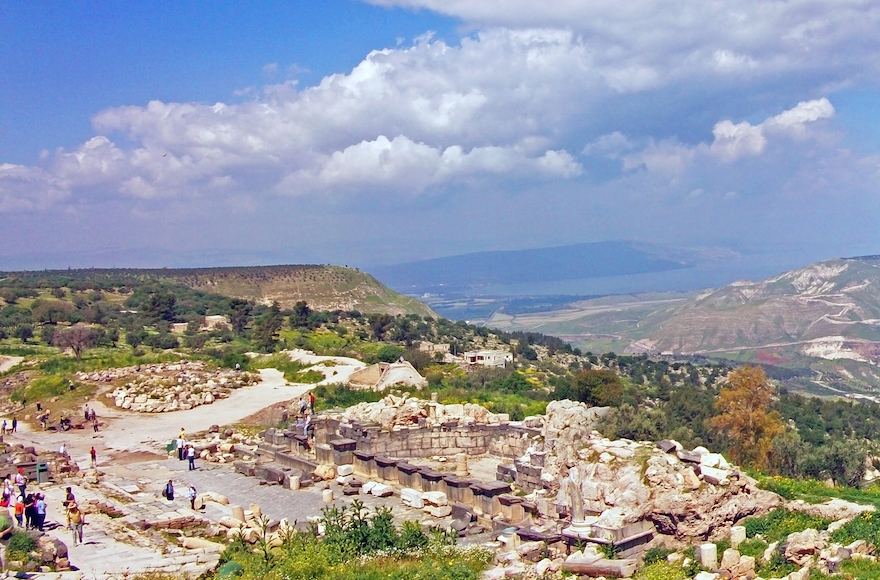 Israel moved today to immediately annex the Golan Heights. The Cabinet took the decision at a special session this morning and Premier Menachem Begin announced it to the Knesset early in the afternoon. Despite opposition from the Labor Alignment, the bill is expected to pass the required three readings today and be law by tonight.

According to Israel Radio, the Golan bill consists of three short paragraphs. It states that Israeli law will henceforth apply to the Golan Heights region, the territory captured from Syria in the 1967 Six-Day War; that the law takes effect immediately; and that the Minister of Interior is responsible for its implementation. Israel Radio said all security precautions have been taken on the Golan Heights to prevent any hostile action.

MOVE COMES AS A SURPRISE

The move took Israel and the rest of the world by surprise. (See related stories.)

The Cabinet’s approval came at a special session held in Begin’s home this morning only hours after he was released from Hadassah Hospital where he was confined for the past two weeks with a broken hip.

Apparently the government considered this the opportune moment to annex the territory. It follows yesterday’s assertion by President Hafez Assad of Syria that “even if the Palestine Liberation Organization recognizes Israel, we in Syria cannot recognize it.” Assad’s statement was quoted in the Kuwaiti newspaper Al Rai Al Aam.

In addition, the Cabinet reportedly felt that the time is ripe for annexation because most of the world’s attention, including that of the U.S. and the Soviet Union, is concentrated on events in Poland where the government declared martial law yesterday in a showdown confrontation with the Solidarity trade union movement. Secretary of State Alexander Haig cancelled his visit to Israel, scheduled for yesterday, and to Turkey, Pakistan and India, because of the Polish crisis and returned to Washington from Brussels.

The annexation move was also seen as a test of Egyptian reaction. The government apparently felt that Cairo’s intentions should be put to a severe test before Israel completes its withdrawal from Sinai next April. (Related story P.3.)

Ironically, it was only several months ago that the government and Knesset flatly rejected a bill to annex the Golan Heights submitted by Geula Cohen of the ultra-nationalist Tehiya faction. Cohen said today that in view of the Cabinet’s decision she would withdraw her Golan bill and present, instead, a motion for the immediate annexation of the occupied West Bank.

Begin, addressing the Knesset from a wheelchair, sought to justify the annexation on grounds that there are no prospects for peace negotiations with Syria in the foreseeable future. He also claimed that historically, the Golan Heights have always been regarded as an integral part of the “Land of Israel” and therefore there were security, moral and political reasons for its annexation.

Begin said that he had appealed to Assad in the past to join the peace process by coming to Jerusalem or to receive him, Begin, in Damascus. But all such overtures were rejected, he said. “Should we wait for years, possibly for five generations, for the Syrians to change their minds?” Begin asked.