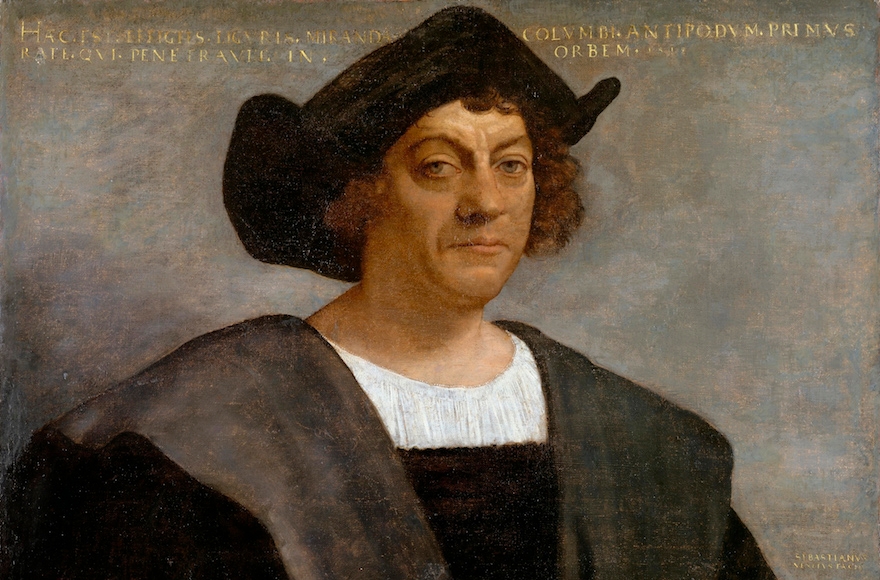 A high-ranking Spanish government official said here Wednesday that his government plans to stress the contribution of Spanish Jews to the discovery of America in the course of the quincentennial celebrations of the event in 1992.

Luis Yanez, Spain’s Secretary of State for International Cooperation, said at a special briefing with Israeli reporters and the Jewish Telegraphic Agency that he visited New York this week specifically to meet with Jewish organizational leaders.

He said that he discussed with leaders of the American Jewish Committee, the American Jewish Congress and other organizations his government’s plans to reinvoke the role of the Jews in the discovery of America by holding seminars, discussions and congresses and by publishing information on the issue.

“The response of the Jewish organizations was very positive,” Yanez said in reply to a question. He said that he discussed with the American Jewish Committee the possibility of jointly sponsoring a major seminar, at a major university — probably Columbia in New York City — to commemorate the quincentennial celebrations.

MORE ON JEWS IN GENERAL

The Spanish Minister, who is the president of the Spanish National Commission for the Quincentennial Celebrations of the Discovery of America by Christopher Columbus in 1492, said his government is interested in publicizing the role of Jews in general in the formation of modern Spain and its culture.

“For many years we experienced disinformation regarding the role of Jews in modern Spain,” he asserted. He said, in reply to a question, that during the decades of Gen. Francisco Franco’s rule in Spain, “Jews were considered enemies of Spain,” and their contribution to the country was ignored.

Two years ago Spain established diplomatic relations with Israel. Israeli Education Minister Yitzhak Navon visited Madrid last February and met with, among other Spanish officials, Yanez. Navon, Yanez said, agreed to serve as the president of the Israeli Commission for the quincentennial celebrations.

“Navon invited me to visit Israel and I accepted. I will go to Israel later this year,” Yanez said. He said that “this historic occasion” of the quincentennial celebrations is an opportunity to restore Israel’s image in Spain and Latin America, an image that was distorted because of lack of diplomatic relations, and to put into proper perspective the meaningful contribution of Jews to Spain.

The Spanish official denied, in reply to a question, that his government seeks closer ties with American Jews to advance its interests in Washington. “No, this is not our purpose,” he said.