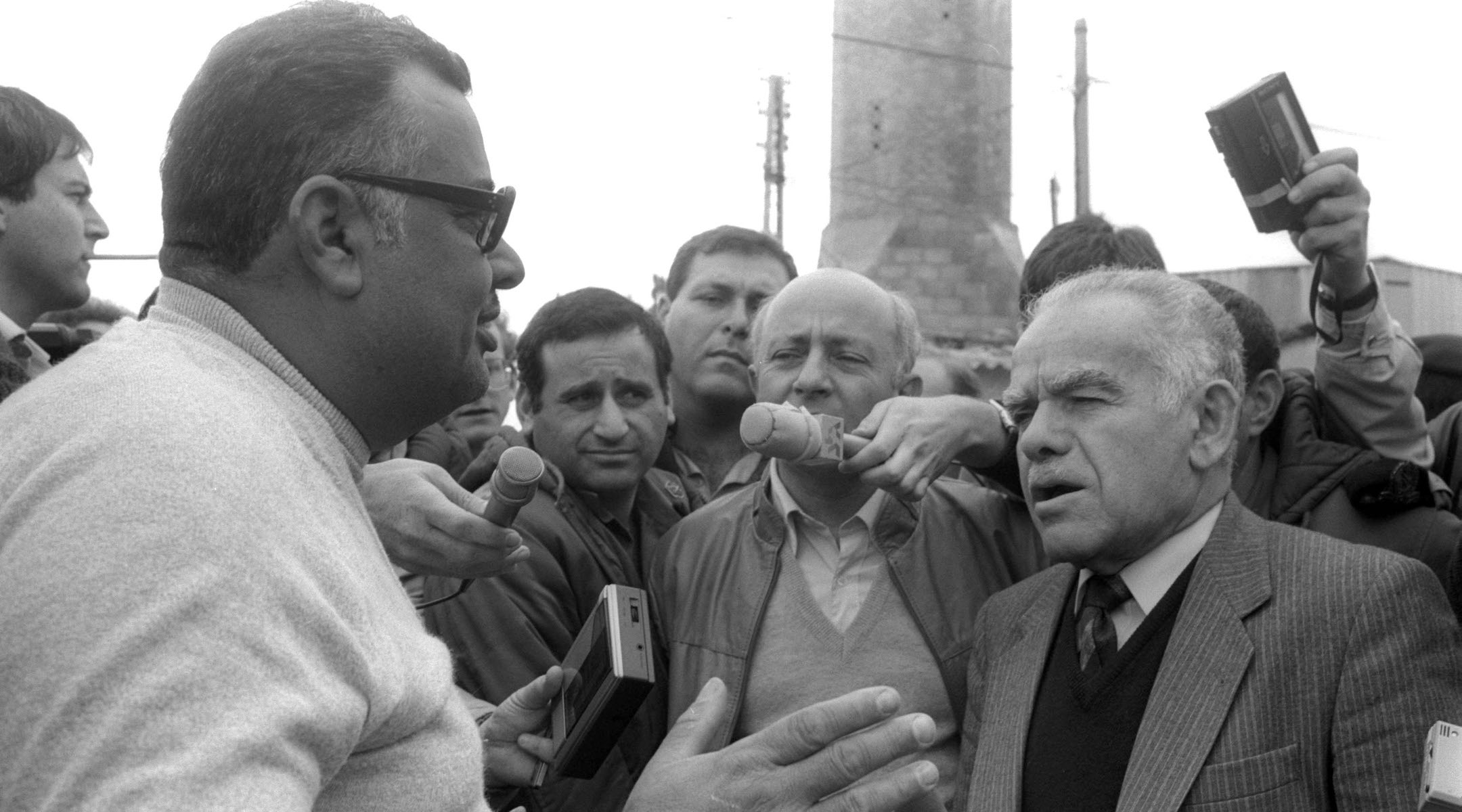 Both Likud and Labor appeared indifferent Monday to continuous reports that the Palestine Liberation Organization was about to adopt a more flexible stance toward Israel.

Meanwhile, a curfew was imposed on the Gaza Strip as disturbances continued to rock that area and the West Bank.

On Sunday, Salah Khalaf, popularly known as Abu Iyad, was quoted in a French news weekly as saying that a provisional government being planned by the PLO for the West Bank and Gaza would be “wholly different from the actual PLO’s national covenant.”

The covenant calls for Israel’s destruction.

Abu Iyad called for mutual recognition by Israel and any Palestinian state that might be created.

PLO leaders abroad, as well as their backers in the Israeli-administered territories, seem determined to move the Palestinian uprising, now nine months old, into a political course.

Israeli political analysts believe Abu Iyad’s declaration might be an indication that the mainstream PLO, loyal to Arafat, has succeeded, or believes it can succeed, in adopting a common formula with the extremists, by claiming that a basis for negotiations with Israel would be the United Nations partition resolution of 1947.

The Prime Minister’s Office dismissed the report as “playing with words.” Shamir told Israel TV Monday night that Abu Iyad’s ideas do not bring peace closer, but rather push it away. He said Israel would never deal with the PLO even if it did change its charter.

He also maintained that the idea of a Palestinian government in exile was not accepted by anyone in Israel.

Shamir told Yediot Achronot he did not believe the international community would recognize a Palestinian government in exile, and said Israel was determined to thwart such a development.

Defense Minister Yitzhak Rabin said Israel could not mold its policy according to “one declaration or another,” and sources at the Foreign Ministry said they would not become Abu Iyad’s interpreters.

PLO leaders have been meeting in Tunis to evaluate their next move, following the decision of Jordan’s King Hussein to sever Jordanian ties and responsibilities to the West Bank.

The PLO is now trying to lay out a blueprint for a provisional government for the territories now administered by Israel.

A meeting of the Palestine National Council is planned for Algeria at the end of this month.

Israelis did not appear open to whatever declaration would come of the meeting.

Foreign Ministry sources asked rhetorically, “What is the point of reacting to that statement or another, if hours after it is being made, a petrol bomb is thrown, wounding children and mothers in a vicious terrorist act?”

In this case, they were referring specifically to a bombing attack on Jewish settlers traveling in a van in Gaza Sunday night, casting a shadow over any political developments. Four children and their two mothers were injured in the attack.

Eight-month-old Natan Kramer, who suffered wounds over most of his body, is still hospitalized in serious condition in Sheba Hospital at Tel Hashomer.

The others were only slightly burned–Natan’s mother, Semadar, 30, and her other child, daughter Efrat, 11, Sima Altaraz, 30, of Gedera, her son, Itai, 8, and daughter Michal, 2. The entire Gaza region was placed under curfew, and security forces continued the manhunt for the perpetrators Monday. No one was permitted to enter or leave the Gaza Strip.

In fact, the curfew was imposed after a day of serious disturbances reminiscent of the earliest, most violent days of the intifada.

At least 22 people were wounded by shots from Israel Defense Force troops during disturbances concentrated especially along the northern part of the Strip.

In another incident, a fire bomb was thrown from an orange grove at an Israeli vehicle Sunday night. IDF soldiers proceeded to uproot the grove.

However, Jewish settlers from the local Katif region insisted on harsher punitive measures, demanding that local military commanders cut security zones of five meters (about five-and-a-half yards) width on both sides of all main roads in the Gaza Strip.

Tension also continued Monday in Judea and Samaria, although disturbances were much less than in Gaza. One person was killed during riots early Monday at the Tulkarm refugee camp.

A curfew was imposed on the camp following the event. Curfews were also in effect in the towns of Kabatiya and Kalkilya as well as the refugee camps of Dehaishe and Jenin.

The disturbances in the territories took place on the same day in which Rabin told the Cabinet that the harsh measures adopted by the security forces brought down the number of petrol bomb attacks.

Rabin repeated Monday his conviction that the harsh measures were justified and proved successful, despite the “unfortunate” attack.

Rabin toured the site of that attack during a general tour of the Strip Monday, meeting with settlers from the Katif settlement bloc and trying to cool tempers.

Rabin saw no connection between the disturbances and recent statements by PLO leaders.

“I do not believe that events here take place according to certain political developments.” He expressed his belief that developments in the territories are being determined by local elements, and less by outside influence.