U.S. Urges Travelers to Israel to Get Vaccinated Against Polio 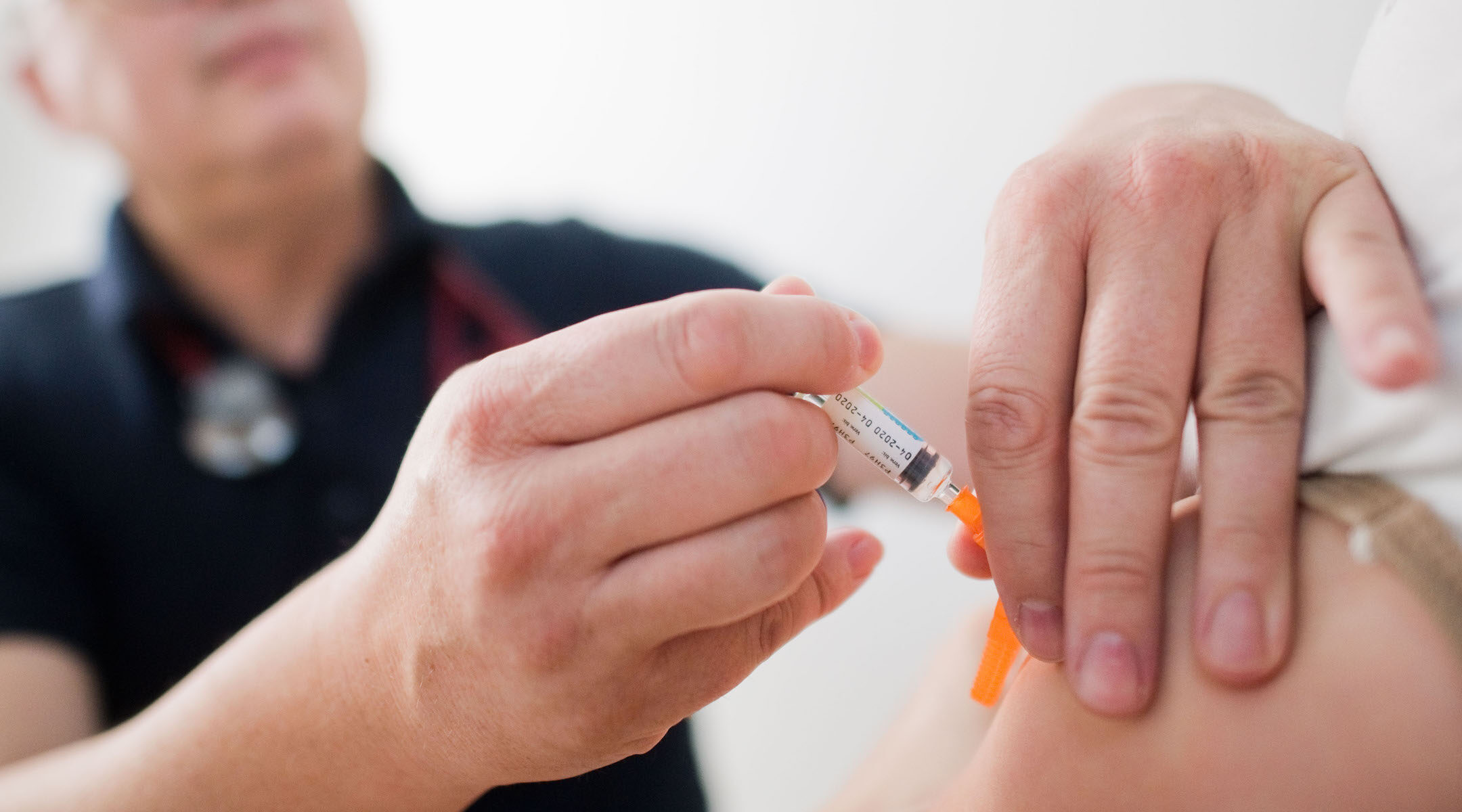 People should take a dose of the polio vaccine before they go to Israel, says the Centers for Disease Control in Atlanta.

A CDC advisory recommending the vaccine will soon be sent to health departments, private physicians and travel agents, Jim Mize, a public health adviser at the CDC, said last week.

“We strongly advise a traveler getting the vaccine at this time,” Mize said. “As of this morning, Israel has 16 cases diagnosed.”

As a result of the CDC recommendation, the Federation of Jewish Agencies of Greater Philadelphia has recommended that mission participants get boosters before they travel. Federation received a reminder of the CDC position from the United Jewish Appeal in New York.

In New York, UJA’s director of public relations, Gerald Nagel, said, “We strongly support travel to Israel. Our policy in this matter was to adhere to the advice of the CDC in Atlanta, and we passed along their advice to federations throughout the United States.”

‘NO REASON AT ALL FOR PANIC’

“Most people in the United States received polio shots or oral vaccine on sugar cubes as children, but now if they’re going to be in one of the countries with polio, which includes Israel, they should receive a single polio booster,” explained Mize of the CDC.

Eleven of the cases in Israel have been diagnosed in Hadera, 38 miles northeast of Tel Aviv, he said. The polio virus has been found in sewage in the areas of Acre, Rehovot, Hadera, Lod and Ramla.

In Jerusalem, the Health Ministry announced that Israel’s entire population up to age 40 will be reinoculated against polio by the end of the October.

The nationwide immunization campaign began Sunday with the vaccination of newborn babies and toddlers at 1,000 Tipat Halav clinics.

But Health Minister Shoshana Arbeli-Al-moslino said, “There is no reason at all for panic,” adding that the vaccinations are a “precautionary measure.”

The Salk vaccine, containing dead virus, is administered by injection. The Sabin vaccine, which consists of live but weakened virus, is taken orally.

Mize said his agency has recommended since 1982 that travelers be inoculated if they are going to any country that has cases of polio. That would include all nations except Canada, New Zealand, Australia, Japan and those in Eastern and Western Europe.

The CDC is sending out the advisory, Mize said, because of a lack of general knowledge about the need for polio vaccination for travelers. “We think attention ought to be called to what we’ve been recommending for several years.

“The risk of going to Israel is no greater than that in developing countries in Africa or South America,” he said.