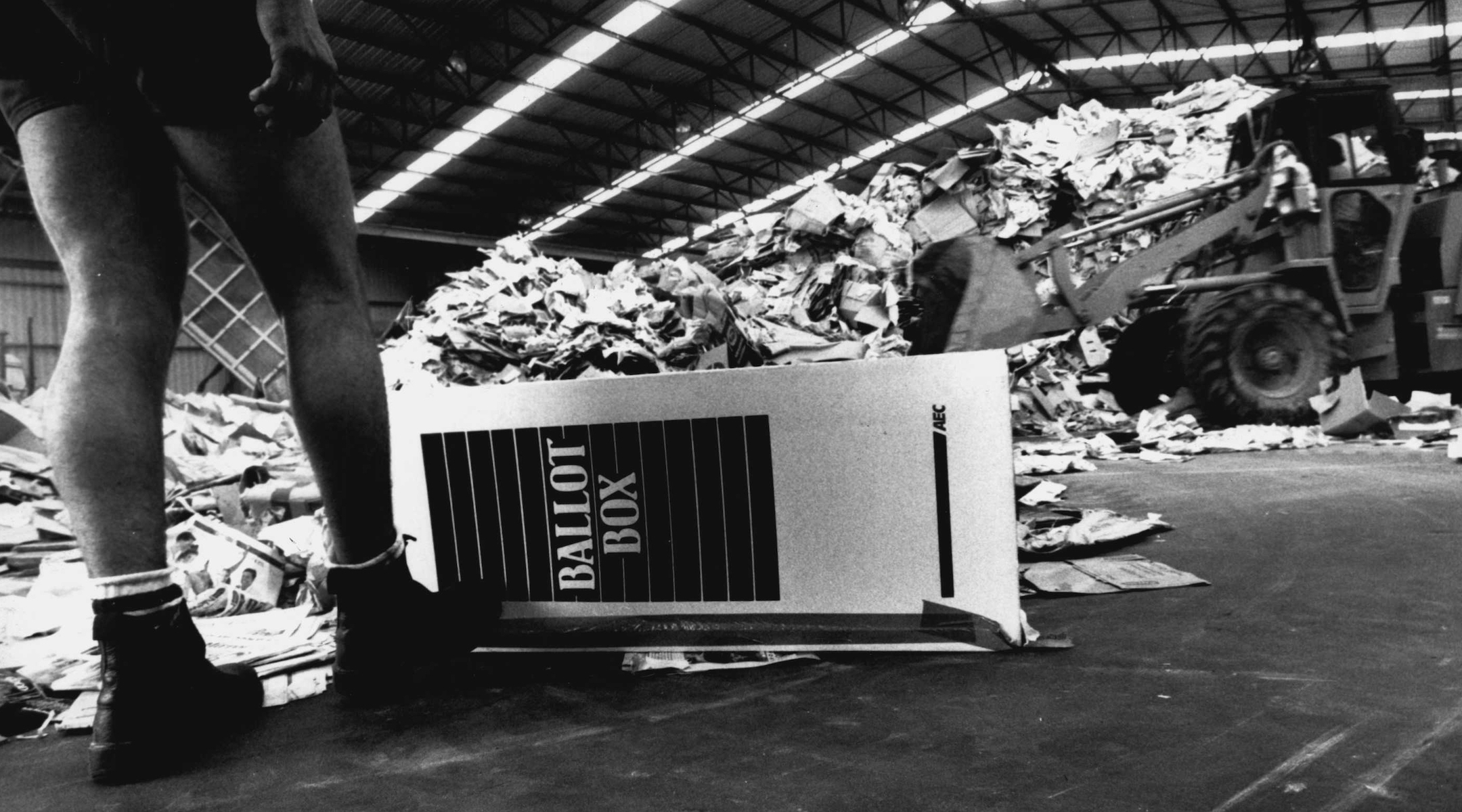 While a majority of American Jewish voters continue to support Democratic Party candidates in presidential, congressional, state and local elections, leading Jewish Democrats believe for the first time that an organization is needed to ensure that the tradition lives on.

To meet that need, they have created the National Jewish Democratic Council, which was officially launched at a news conference here last week.

Jewish Democratic leaders were disappointed after the 1988 presidential election, because they believed they had not made a difference, even though at least two-thirds of the Jewish vote went to the Democratic candidate, Massachusetts Gov. Michael Dukakis, said Morton Mandel, chairman of the new group.

“We didn’t have our act together in terms of the Jewish community,” Mandel said. A Jewish committee in support of Dukakis was not formed until September 1988, and “we are not sure we helped,” he said.

Mandel, a Cleveland industrialist and former president of the Council of Jewish Federations, and other leading Jewish Democrats decided in the spring of 1989 to investigate whether a permanent organization was necessary and feasible.

They formed a Jewish Democratic group, which, after talking to hundreds of people in 15 cities, decided the council was needed to promote greater Jewish involvement in the Democratic Party at all levels.

Republican Jews already have such an organization, the National Jewish Coalition, which originally was formed to support Ronald Reagan in his successful 1980 bid for the presidency. It has developed into a group that supports Republicans for Congress, state and local offices, as well as the presidency.

The new Jewish Democratic Council, like its Republican counterpart, will seek to encourage Jewish candidates on all levels of government and will press for the appointment of Jews to prominent campaign positions and to the staffs of officeholders.

Both groups stress they are independent of their party’s official organizations. The new council, which will be funded by its members, does not claim that it is the single voice of Jewish Democrats, Mandel said.

While council members may disagree with particular decisions of the Israeli government, they are in united in pledging to “fight with vigor and determination any effort within the party to diminish our nation’s ties to Israel and our party’s historic championing of Israel’s security,” said Stuart Eizenstat, a Washington lawyer who was former President Jimmy Carter’s assistant for domestic affairs and policy.

The council leaders pledged to seek to prevent the situation that occurred in 1988, when seven state Democratic Party conventions adopted resolutions supporting Palestinian self-determination, meaning a Palestinian state, and the issue was debated at the 1988 Democratic national convention.

Hyman Bookbinder, former Washington representative of the American Jewish Committee and an adviser to the Dukakis campaign, said the council will not support candidates who are considered anti-Israel, even if they are Democrats.

The new organization hopes to bring thousands of new people into the party, working not only on the national level but in state and local races, said Steve Gutow, a Dallas lawyer who has moved to Washington to become the group’s executive director.

A BRIDGE BETWEEN BLACKS AND JEWS

The council especially wants to attract young Jews into the Democratic Party, Eizenstat said. Many young Jews, like other young Americans, either do not vote or have been supporting Republican candidates.

“They, in particular, may not always share the same social values as their parents and grand-parents, and may not yet recognize that as minorities, our surest protection and security in this great country, as in others, comes from neither assimilation nor material acquisitiveness, but rather from the fullest protection of all minorities,” said Eizenstat.

Eizenstat said the council will also work toward seeing that the Democratic Party continues to oppose all forms of discrimination, whether based on race, national origin or religion.

“One of the low points of the proud history of the Democratic Party was the unwillingness of the 1984 convention to condemn anti-Semitism,” he said.

“We believe we can help bridge the gulf between the Democratic Party’s two most dependable and loyal constituencies, Jews and blacks, based on a relationship of mutual respect and mutual sensitivity,” he said.

Bookbinder stressed that the Jewish vote cannot be taken for granted, even though 74 percent of Jewish voters supported Democratic candidates in last month’s congressional elections.

Also participating in the Dec. 11 news conference were Linda Sher of Chicago, a member of the national commission of the Anti-Defamation League of B’nai B’rith; Monte Friedkin of Boca Raton, Fla., vice president of the American Israel Public Affairs Committee; and Lynn Cutler, vice chair of the Democratic National Committee.