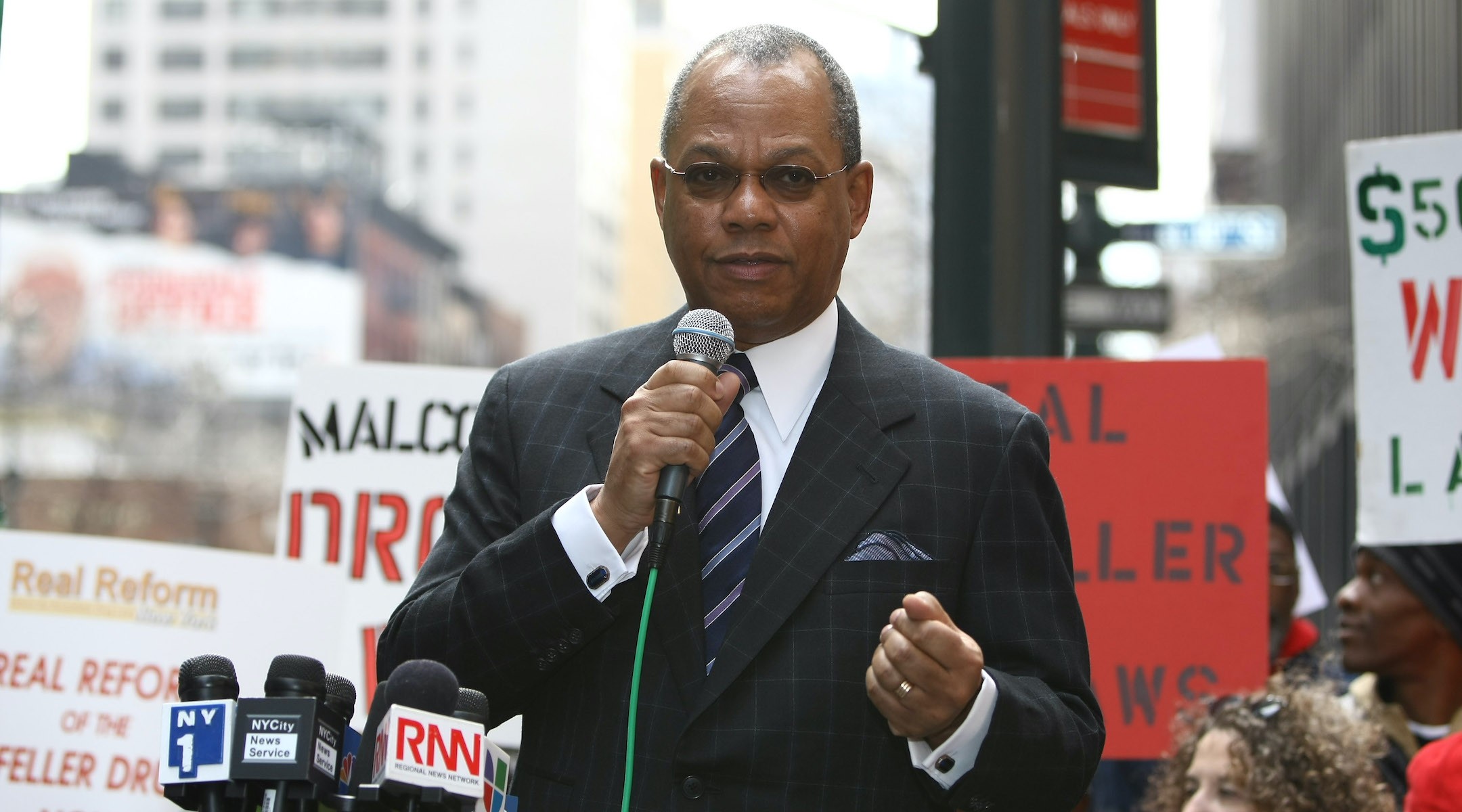 A stellar panel of black and Jewish clergy, academics and intellectuals gathered recently to discuss racism and anti-Semitism, but parted ways without coming to any agreement on how to jointly address the problems.

The diverse group of thinkers at “A Symposium on Anti-Semitism and Racism” on Sept. 18 in Manhattan was brought together by Ephraim Isaac, an expert on Semitic languages and an Ethiopian-born Jew.

Isaac is director of the Institute of Semitic Studies in Princeton, N.J.

Participants in his conference included representatives of Judaism, Christianity and Islam.

Among them were Marshall Breger of the Heritage Foundation; Rev. Calvin Butts, a political activist in the black community and senior minister of Harlem’s Abyssinian Baptist Church; David Brion Davis, an expert on the slave trade and a professor of history at Yale University; Imam El-Amin, spiritual leader of the Atlanta Mosque and an adviser to Imam Wallace Deen Muhammed, the leader of mainstream black Muslims in America; Murray Friedman, director of the American Jewish Committee’s Philadelphia office; paleontologist and popular author Stephen J. Gould; and Krister Stendahl, former bishop of Stockholm and dean of the Harvard Divinity School.

As both a black African and a Jew, Isaac said he felt compelled to convene the symposium because of his own experiences. He has confronted both racism and anti-Semitism, sometimes in the same encounter, he said.

He recounted facing that double jeopardy just a few nights before the symposium, when his car broke down on the highway the night Yom Kippur ended.

Isaac, driving back to his home in Princeton from Brooklyn, where he observed the holy day with a Yemenite congregation, had no cash on hand.

The tow-truck operator demanded payment up front, saying that he “didn’t trust an African” to pay him later by credit card, recounted Isaac. When he quoted a hefty fee and Isaac began negotiating, the trucker asked, “Are you trying to Jew me down?”

The trucker also told Isaac why so many service stations were closed that night: “Because it’s a Jewish holiday and Jews control the world.”

At the conference, Isaac told the small audience at the U.N. Plaza Hotel that he convened the meeting because “we are two peoples who have experienced these sad things, and we can move ahead and make the world a better place.”

In an interview, Isaac said his goal was to start an ongoing dialogue between the black and Jewish communities and to create an environment “where people would calm down, stop generating more recriminations and put the facts down without hiding any of the mutual complaints which exist.”

Isaac, in his remarks, faulted scholars for providing the misinformation used by individuals who make anti-Semitic accusations. He cited as example Nation of Islam leader Louis Farrakhan, who has claimed that racism was spawned by the Talmud.

“I don’t blame Farrakhan,” said Isaac. “It is the fault of university professors who are half-baked pancakes,” said the slightly eccentric Isaac, who was clad in a Yemenite head covering which is equal parts turban and hat, and traditional Ethiopian dress topped by a tallit-like scarf.

The conference was dominated by formal presentations rather than dialogue. The only moments of interaction on the specific issue appeared to be a clash between the AJCommittee’s Friedman and Butts of the Abyssinian Baptist Church.

They heatedly disagreed about the future relationship between the black and Jewish communities.

Friedman called for a “cooling-off” period of “separation” between the two groups during what he described as a time of charged emotion. He alluded to recent friction between the two communities, including the recent controversies surrounding Farrakhan’s perceived anti-Semitic statements.

‘THE BLACK-JEWISH ALLIANCE IS GONE’

Butts called that concept “insulting” and described the current reality as one of substantial disengagement, adding that Jews should work with African-Americans to help improve social conditions for all people.

There needs to be a “normalization” of relations between blacks and Jews, said Friedman. “The black-Jewish alliance which once existed is gone. Blacks have changed, Jews have changed, the world has changed and it’s not productive to move in that direction.

“We need a degree of realism,” he said, and “there must be an effort to curb the clearly bigoted behavior on both sides.”

Friedman suggested a relationship like that which exists between the Jewish and Catholic communities, which work jointly on issues of mutual interest, like lobbying for congressional passage of the Religious Freedom Restoration Act.

While Jews and Catholics may differ on other issues like aid to parochial schools and abortion, they “don’t clobber each other over the head,” Friedman said.

Butts, who joined the conference after leading Sunday services for thousands of worshipers at his historic Harlem church, denied the existence of any “strong anti-Semitism among African-Americans.”

“Some in the African-American community have raised questions about Jews, but there is no overwhelming hatred of Jews. Black folk don’t have time for it,” he said.

Despite the focus on black figures like Farrakhan and Leonard Jeffries, the controversial chairman of the Black Studies Department of City College of New York, “I’m more worried about Pat Buchanan,” Butts said, referring to the conservative Republican politician.

“Farrakhan and Jeffries don’t represent the part of the African-American community which provides the leadership,” he added. “They are virtually powerless except for their rhetoric. People may go to hear them but are very discriminating about what they take out.”