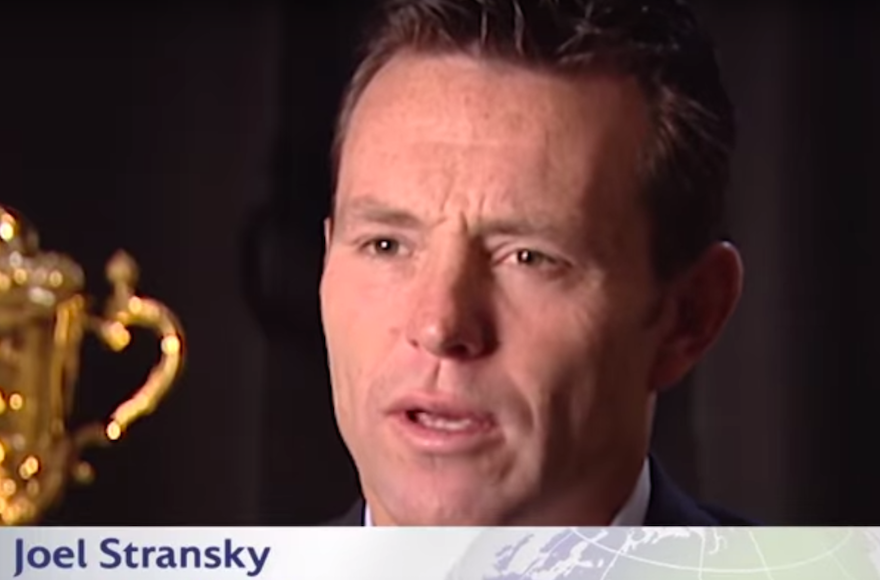 Joel Stransky, the hero in South Africa’s victory over New Zealand in the recent rugby World Cup final, has shrugged off suggestions that his coach was anti-Semitic in referring to him after the match as the “Jew boy.”

The fly-half, who kicked all of his team’s points, said his coach, Kitch Christie, “often uses `Jew boy’ as a term of endearment, because he and I are very, very close.”

Stransky, a restauranteur and a former South African Maccabi Sportsman of the Year, also is known as the “minyan man” because he is the 10th Jew to play for the Springboks.

In South Africa, a belief exists — especially among rugby-mad Afrikaners, who are often heard chanting “Go, Jood (Jew), go” during matches — that having a Jew on the team is good luck.

Stransky called such a belief a myth, saying: “They say it, but they don’t really believe it. I am not superstitious and I don’t believe it omens. A player is not picked because he is Jewish, but because he is the best man.”

South African Jews joined in nationwide celebrations of the historic World Cup victory over the New Zealand All Blacks, named for the color of their shirts.

But because the match was played on a Saturday, most observant Jews were forced to watch video recordings after Shabbat ended.