UFOs decide not to make aliyah 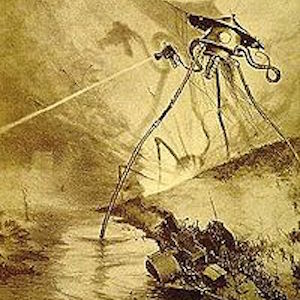 JERUSALEM, Jan. 6 (JTA) — Thousands of Israelis took to their rooftops this week, scanning the skies for UFOs whose arrival was predicted by an Israeli mystic. Helinor Harar, who predicted the election victory of Benjamin Netanyahu, said the extraterrestrial beings were supposed to land Sunday in Israel. Theme music from the American television show “The X-Files” came over loudspeakers for the event. But the only lights observers saw were those of planes landing at Ben- Gurion Airport. Harar later told Israeli media that she had a new date for the landing — Feb. 14, Valentine’s Day.