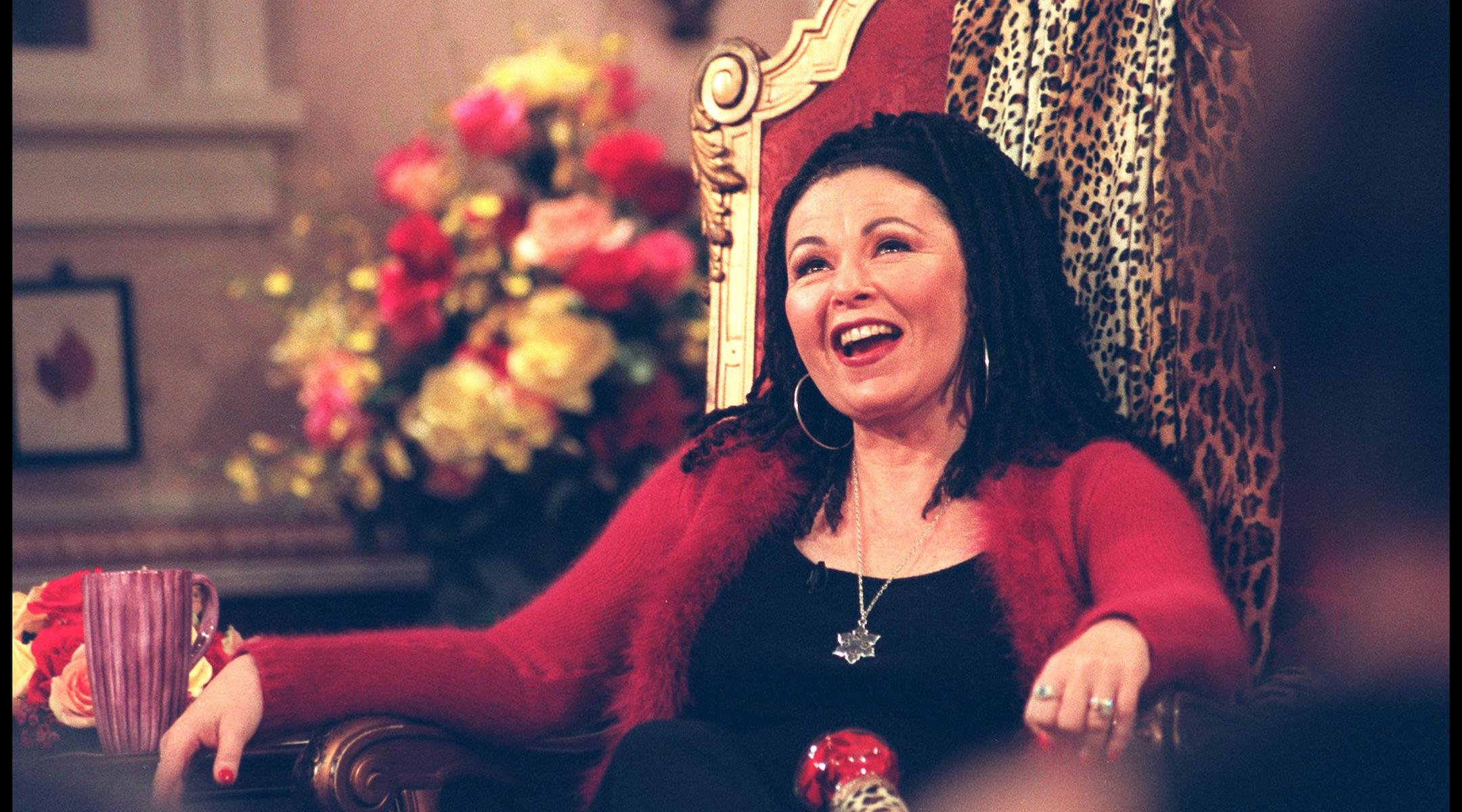 Since she was 3 years old, Roseanne’s been searching for answers. Now in her 40s, the actress and television talk show host says she’s found what she’s been looking for in the Kabbalah.

The “fragmentations and divisions of my mind have come together. I have found the answers here,” she said.

“Here” is the Kabbalah Learning Center, where 350 people of all ages and persuasions crammed into the sanctuary last week to hear the outspoken actress lecture on the changes her studies of the kabbalah have made in her life.

For 90 minutes, Roseanne held the stage in Los Angeles, linked by video to audiences in New York, Miami and Boca Raton, Fla. She discussed her perception of kabbalistic teachings, reminisced about her unhappy childhood, fielded questions and shared an unflattering take on her Hollywood colleagues.

Alternately describing Jews as the dumbest and smartest people on earth, she put the creators of “The Prince of Egypt,” the recently released animated movie on the life of Moses, into the former category.

“Only really dumb Jews would come up with that,” Roseanne proclaimed cheerfully. “I’d like to invite (Jeffrey) Katzenberg and (Steven) Spielberg and all the other `Bergs’ to come down here and study the word of God.

“God needs no rewrite. He needs only one draft,” she said, adding that she’d like to apologize for the movie “on behalf of all Hollywood Jews.”

Kabbalah, the Jewish mystical tradition, combines elements of astrology and numerology with speculations about the creation of the universe, God and the soul.

Although the teachings at the center have been denounced by some mainstream rabbis as a superficial, popularized version of a demanding body of literature, the institution attracts a growing number of Jews who are seeking a spiritual fulfillment they apparently cannot find in conventional synagogues.

Roseanne herself has been studying Kabbalah for four years, which she described as “the most fun I’ve ever had,” and responsible for changing her acerbic personality.

To illustrate the transformation, she asked one woman in the audience to tell her, “I don’t like you, Roseanne, and I don’t believe anything you say.”

The old Roseanne, she said, would have wanted to slap the heckler’s face, but the new Roseanne responded, “Thank you for sharing your opinion. You have given me the opportunity to receive the light.”

Roseanne credits her studies both with bringing about her spiritual transformation and healing her diseased liver and gums.

In a humorous aside, she noted that before studying Kabbalah, “I had no friends and everyone thought I was crazy.” But now, she observed, “Everyone thinks I’m crazy because I talk of God all the time.”