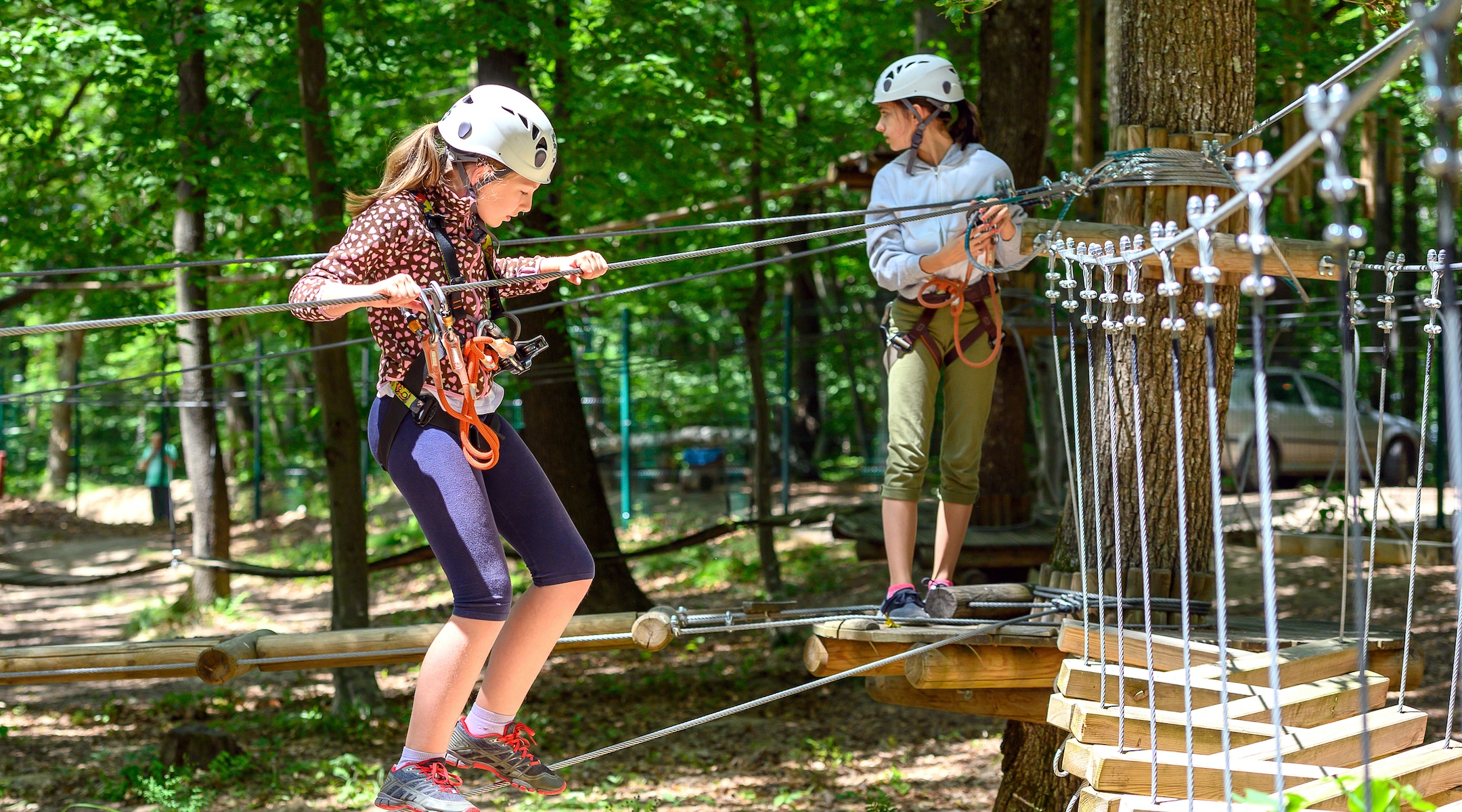 The Silicon Valley, a hotbed of high technology, is cutting edge in more ways than one, boasts the executive director of the Jewish Federation of Greater San Jose.

Two years ago, the federation started a summer camp scholarship program to provide financial aid “to every child who wanted to go to Jewish summer camp and couldn’t afford it,” said Jon Friedenberg.

Last year, he said, the community sent over 40 kids to Jewish camps, where tuition runs from $1,000 for day camps to $4,500 for overnight camps.

It was money well spent, according to a new study of Jewish residential summer camps conducted by the San Francisco-based Institute for Jewish & Communal Research.

Jointly published by the institute and five-month-old Foundation for Jewish Camping, the study shows that “a quality Jewish resident experience is a powerful force for building a strong and lasting Jewish identity among Jewish youth” — a fun and social complement to other continuity initiatives, such as day schools and trips to Israel.

Gary Tobin, the institute’s president, said, “There is a growing recognition that camping is one of the ways to reinforce Jewish identity and participation.”

He added, “All this interest in Jewish renaissance and rebuilding in the Jewish community requires enormous investment” on the part of federations, private foundations and individual philanthropists.

Camps require investment on several fronts — personnel, capital facilities and program development — if they are to compete with other summertime activities, he said.

The camping study found that a large number of Jewish youth attend Jewish camps with no explicit Jewish mission and that many Jewish camps “compete with non- Jewish camps that provide better and/or more modern facilities and programming.”

The study is the first phase of a three-part investigation of the issues and needs of — as well as the potential for — Jewish summer overnight camps in North America.

Its initial findings were culled from a variety of sources: personal interviews and discussion groups with Jewish camping professionals, a brief telephone survey of camps and demographic studies from local Jewish communities – – Atlanta, Delaware, Denver, Detroit, Southern New Jersey and Philadelphia – – conducted by the New York-based firm of Ukeles Associates.

The Tobin study also notes two surveys of Jewish communal professionals which found that more than 50 percent of the respondents had attended Jewish camps as children.

But Tobin also makes it clear that Jewish identity is formed by a combination of factors, including community programs, home values and life experiences.

“It is possible,” he writes, “that children whose homes incorporate stronger Jewish values are more likely to attend Jewish camp than other children.”

Some of the study’s other major findings show:

a strong relationship between individuals who attended Jewish resident camps as children and several measure of Jewish identity, including the importance of being Jewish, marriage patterns, observance and affiliation;

a preponderance of camps — including those under Jewish auspices, private Jewish camps and non-Jewish — are in the Northeast;

few Jewish camps have been established in the past 20 years — nine by Jewish organizations and one privately owned; and

the cost of camps — averaging $500 per week per child — is prohibitive for some families, especially “when added to the cost of day school, Hebrew school, and other costs of Jewish affiliation.”

While many individual camps are doing well, especially camps under denominational auspices, Tobin said, “That does not mean that the population as a whole is being served.

“Given the level of wealth and success in the Jewish community,” he added, “we should not be in the position” in which a Jewish camp experience is out of any Jewish child’s reach.

“Camping is illustrative of the fact that we have the tools to do what needs to be done,” Tobin said. “The question is: Do we have the will to invest in the Jewish future?”