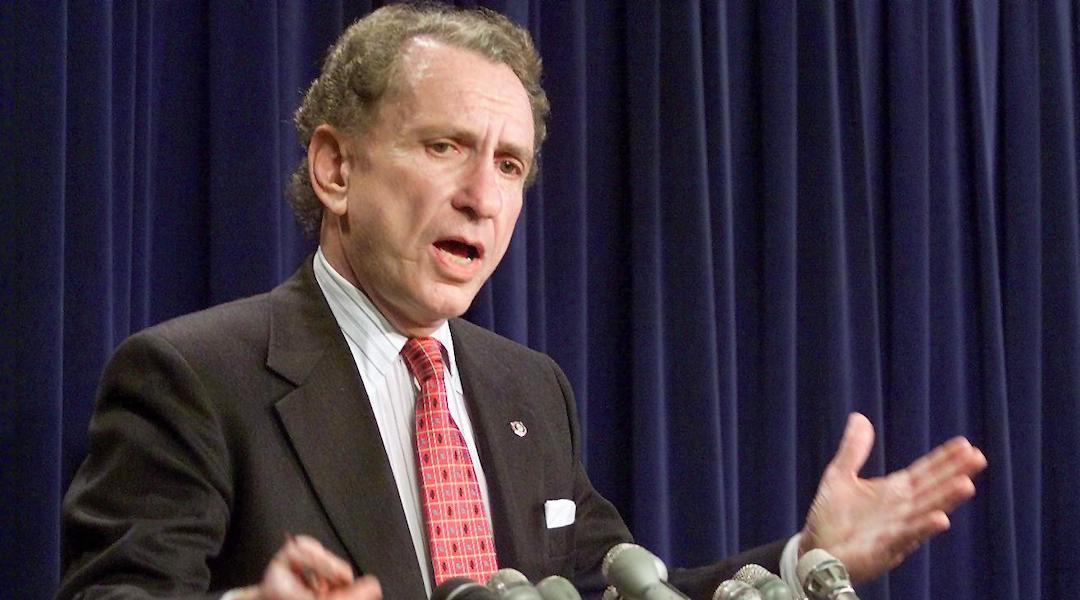 There was little doubt about what verdict the 10 Jewish Democratic senators would render on impeachment–all voted not guilty on both the perjury and obstruction of justices charges.

But Sen. Arlen Specter (R-Pa.), the Senate’s only Jewish Republican, surprised some observers when he broke ranks with his party and voted to acquit Clinton on both articles.

Specter, a former prosecutor, offered a unique vote, rising to say, “Not proved, therefore not guilty.” He earlier announced he would vote that way in accordance with Scottish court practice, which he said allowed the nuance of “not proved” as an alternative verdict.

Other Jewish lawmakers distinguished themselves as well during the course of the trial. Sen. Russell Feingold (D-Wisc.) was the only Democrat to break party rank and vote against dismissing the charges against the president. He also joined Republicans in voting to take depositions from the three witnesses called by the House managers.

And in the last matter of official business directly after Clinton’s acquittal, Sen. Dianne Feinstein (D-Calif.) attempted to bring to the floor a censure resolution for which she had painstakingly gathered 38 signatures. It stated that Clinton had “deliberately misled and deceived the American people” and took actions “impeding” the judicial process.

Sen. Phil Gramm (R-Tex.), however, threw up a parliamentary roadblock that prevented the measure from being considered, and it appeared unlikely the Senate would revisit the issue again.