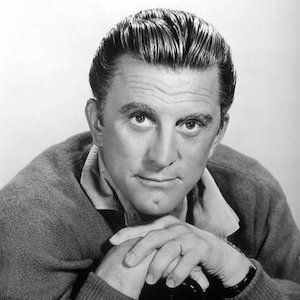 LOS ANGELES, Dec. 12 (JTA) — Hollywood luminaries crammed the 200-seat chapel at Sinai Temple here as Kirk Douglas was called to the Torah for his Bar Mitzvah reading and speech.

“Today, I am a man,” intoned the 83-year old actor Thursday in the prescribed fashion, adding, from the perspective of a long and rich life, “But it takes time to really become a man and assume your responsibilities in this troubled world.”

Douglas had decided some years ago to crown his return to his Jewish roots with a second Bar Mitzvah on his 83rd birthday — his 13th birthday following the traditionally allotted Jewish life span of 70 years.

Draped around his shoulders was the tallit he wore on Dec. 9, exactly 70 years earlier, when Issur Danielovitch, the son of poor, illiterate Russian Jewish immigrants, marked his coming of age at the Sons of Israel synagogue in New York.

Now, 84 films later, his trademark dimpled chin still juts out, although his blond hair has turned to white. His slow and occasionally slurred words are a reminder of a stroke he suffered almost four years ago.

Douglas always identified as a Jew, but was not observant except for one day a year.

“I always fasted on Yom Kippur. I still worked, but I fasted. And let me tell you, it’s not easy making love to Ava Gardner on an empty stomach” — a remark greeted with enthusiastic applause by the Hollywood crowd.

Douglas dates his Jewish observance to a helicopter crash in 1991 in which two young men died. While lying in a hospital bed with excruciating back pains, he started pondering the meaning of his survival and his life.

“I came to believe that I was spared because I had not yet come to terms with my Judaism, that I had never come to grips with what it means to be Jewish,” he said.

Since then, he has become a conscientious Torah student under the guidance of two Orthodox and two Conservative rabbis in Jerusalem and Los Angeles.

In a second career as a writer, Douglas has turned to Jewish themes. Before the Bar Mitzvah ceremony, he read excerpts from his latest work, “Young Heroes of the Bible,” to a Sinai class.

As any other Bar Mitzvah boy, Douglas was surrounded by his proud family, including Anne, his wife of 45 years, three of his four sons and three grandchildren.

Although none of Douglas’s sons are Jewish according to halachah, or Jewish law, or were raised as Jews, they increasingly “feel” Jewish, said their father. In a graceful luncheon talk, producer-actor Michael Douglas, the oldest son, easily inserted Yiddish and Hebrew expressions into his speech.

The guest list included old friends, such as studio mogul Lew Wasserman, who recalled working as Kirk Douglas’ agent 50 years ago, and actor Karl Malden, who in 1939 worked in summer stock with Douglas, then known as Izzy Demsky, while Malden’s name was Mladen Sekulovich.

Producer Arthur Cohn, a multiple Oscar nominee for “The Garden of the Finzi-Continis” and “Central Station,” flew in from Switzerland for the occasion and was honored with the first aliyah for the Torah reading.

Douglas gave himself his own best Bar Mitzvah present with the release of the film “Diamonds,’‘ which opened last Friday.

In his first screen appearance since his stroke, Douglas gives a moving portrayal of a former boxing champion felled by a stroke who reasserts his independence during a long trip with his son and grandson.