JCC shooter gets life in jail 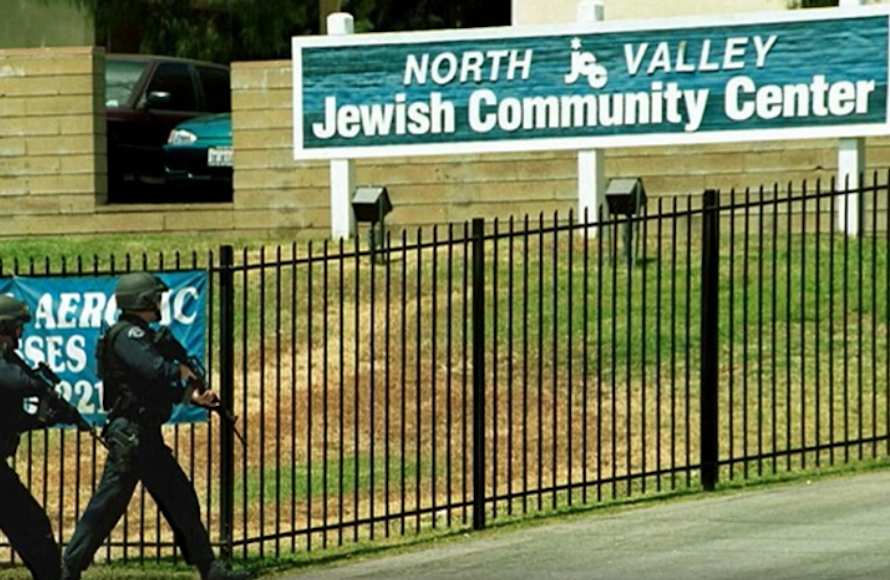 LOS ANGELES. March 27 (JTA) – Victims of a 1999 racist shooting spree expressed grief and anger as a white supremacist was given two life sentences this week for killing a Filipino American postman and wounding five people at a Jewish community center.

“Your actions were a reminder that bigotry is alive,” Judge Nora Manella told Furrow during sentencing Monday.

Furrow is now indigent, but any money he might make by selling a book or the rights to a movie about his life could be seized.

Furrow, 39, was spared a possible death sentence due to a history of mental illness. He appeared pale and docile as he read a statement that said, “I think about what happened every day, and I will grieve for it every day for the rest of my life.”

He also said, “I do not harbor ill feelings toward people of any race, creed, color or sexual orientation.”

The contrite courtroom assertion was in sharp contrast to his initial statement to FBI agents that spraying 70 bullets at children and workers at the North Valley Jewish Community Center was meant as “a wake-up call to America to kill Jews.”

A longtime member of the racist and anti-Semitic Aryan Nations, Furrow followed up his Aug. 10, 1999 shooting spree at the Jewish center by murdering mailman Joseph Ileto.

Furrow said he killed Ileto because he was angered by the sight of a nonwhite federal employee.

Before Furrow was given the life sentences – which came without hope of parole, release or appeal – his victims and their relatives vented their grief and anger during a wrenching 80-minute session.

“I feel deep inside that” Furrow “knows the difference between right and wrong,” said Ileto’s mother, Lillian. “When he killed my son, he also killed part of me.”

Perhaps the most agonizing testimony came from Mindy Finkelstein, who was a 16-year old counselor at the Jewish center when Furrow shot and wounded her.

Through sobs, Finkelstein told Furrow that he had sent her to “hell and back.”

“Buford Furrow tried to kill me and he failed,” she said. “But in a way he succeeded.”

Later, Finkelstein said that she had been in and out of hospitals and had dropped out of college because of the psychological aftereffects of the shooting.

“This will be with me for the rest of my life,” she said.

During the court session, Donna Finkelstein, Mindy’s mother, told Furrow, “You stole my daughter’s innocence just because she’s Jewish, but you didn’t take away her bravery or her ethnic pride.”

Gail Powers, whose son also was at the Jewish center but escaped injury, called Furrow a coward.

David Finkelstein, Mindy’s father, said he told prosecutors, “I’d like to kill him myself.”

The Simon Wiesenthal Center was an initial target of Furrow, along with the Skirball Cultural Center and the University of Judaism. The Wiesenthal Center’s associate dean, Rabbi Abraham Cooper, attended the court sessions as an observer.

“Because Furrow admitted his guilt, and because he did not receive the death penalty, he will at least not become the poster boy and martyr for hate groups,” Cooper said. “I wish those who do not believe that there are hate crimes had been in the courtroom, to see how hate can infect an entire community.”

David Lehrer, a regional director for the Anti-Defamation League, said that “justice has been served. A clear message has been sent that the commission of hate crimes will result in conviction and a severe penalty.”