Holocaust survivor and philanthropist dies at 97 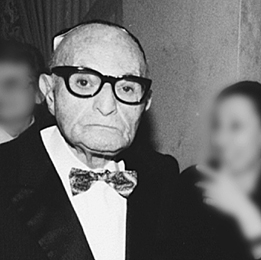 LOS ANGELES, April 14 (JTA) — Abraham Spiegel, a survivor of four concentration camps who built a new life in America as a businessman, philanthropist and supporter of Jewish life in the United States and Israel, died April 10 at 97. Among his major legacies are the Children´s Memorial at the Yad Vashem Holocaust Memorial in Jerusalem, the Spiegel Family Building at the Museum of the Jewish Diaspora in Tel Aviv, and the Spiegel Family Park, also in Tel Aviv. In Los Angeles, he was instrumental in establishing the Yeshiva University of Los Angeles High School and the Yavneh Hebrew Academy. He also served on the city´s 1984 Olympics Commission and other civic bodies. Spiegel was born in Mukachevo, in what is now Ukraine, the son of a lumber-mill owner. In 1940, he married his lifelong companion, Edita. In 1944, the couple and their 2-year-old son, Uziel, were shipped to Auschwitz. The parents survived, but their son perished. After being liberated by the Russian army, Spiegel and his wife arrived in 1947 in the United States at age 40, with few resources and little knowledge of English. Within a relatively short time, Spiegel established himself as a highly successful house builder and later as chairman of two savings and loan banks. Once financially secure, he turned to philanthropy. He became the first West Coast chairman of support groups for the city of Tel Aviv, Yad Vashem, Tel Aviv University and Bar-Ilan University. He endowed academic chairs at the two universities and served on their governing boards. A high-spirited person, Spiegel counted among his friends Israeli Prime Ministers Menachem Begin, Yitzhak Shamir, Yitzhak Rabin and Ariel Sharon. Spiegel also maintained close personal relations with a number of Egyptian leaders, and at times served as an intermediary between Egyptian President Hosni Mubarak and Shamir. At home he was a close friend and confidant of Los Angeles Mayor Tom Bradley. Yuval Rotem, Israel´s consul general in Los Angeles, praised Spiegel´s “enormous contributions to the State of Israel.” He added: “I think Abe felt that if a Jewish state had existed in the early 1940s, his son might still be alive.” John Fishel, president of the Jewish Federation of Greater Los Angeles, noted that Spiegel´s death “leaves a large vacuum in the Jewish life of Los Angeles. He personified a large segment of Jewish history in the 20th century.” A longtime friend and fellow survivor, Nathan Shapell, remembered that “Abe never seemed to tire; he was always working for a cause.” Funeral services were held April 11 at Temple Beth Am and the Home of Peace Memorial Park, where Spiegel was buried next to Edita, who died in 1999 after 59 years of marriage. Spiegel is survived by his children Tom and Rita Spiegel; daughter-in-law Helene Spiegel; grandchildren Anthony, Evan and Josef Spiegel and Barak and Ron Diskin; great-granddaughter Stella Spiegel; brother Aron; and sisters Shirley Gluck and Blanca Roven Wintner.