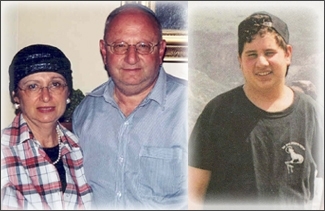 Joyce and Stanley Boim, and their son, David, who was shot to death at age 17 by Hamas terrorists. (Photos courtesy Boim family )
Advertisement