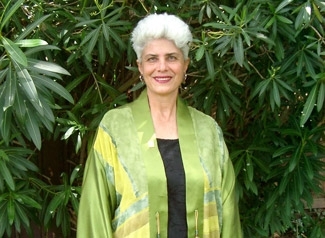 TEL AVIV, April 19 (JTA) — Tradition teaches that on Passover, all Jews must embody the experience of Exodus, feeling as if we ourselves have gone through it. For the Karaite Jews from Egypt — a community that rejected rabbinic law from the start — no imagination is required. “Every year at Passover,” says Sara Moussa, who lives in the San Francisco Bay area, home to the largest Karaite community in the United States, “we tell the guests at our table that our ancestors were kicked out of Egypt thousands of years ago, then we were kicked out one more time just a few decades ago. We never forget that.” The Karaites observe a form of Judaism that its adherents claim is based entirely on the Bible. The group, which traces its origins to the eighth century, considers the Talmud and other oral law, upon which much of rabbinic Judaism is based, to have no authority. The largest Karaite community is in Israel, with about 25,000 members. There are about 1,200 Karaites in the United States and 3,000 in Poland and the former Soviet Union; the rest are scattered in small communities around the world. Moussa left Egypt in 1966, when she was 16. Like Remy Pessah — who also lives in the Bay area — she recalls the anti-Semitic taunts, intimidation and violence from her Egyptian neighbors that prompted her family to flee. But for Moussa, Pessah and other Karaite Jews, Passover is not just a painful trip down memory lane; it’s also a time of celebration. Unlike at a rabbinic celebration, however, the Karaite seder does not include four cups of wine — or any alcoholic beverage, for that matter. “We don’t allow anything that has fermented,” explains Neria Haroeh, grandson of one of chief hakhamim, or spiritual leaders, of the Karaite community in Israel. “How do you make wine? You take grapes and let them ferment. The process is forbidden on Pesach,” he says. While wine is out of the question, says Hakham David Elisha, one of the community’s spiritual leaders in Israel, Karaites do drink grape or raisin juice — the latter because in Egypt fresh grapes were hard to come by during Passover season. Only one cup of this juice is sipped, during the ritual blessing before the meal. Karaites do not have a seder plate, an afikomen or charoset. They do have maror made of lemon peel, bitter lettuce and an assortment of other bitter herbs, which together look like a salad. While the rabbinic Haggadah starts with the story of Exodus, the Karaite Haggadah opens with something older still. “It begins with the prophecy of Abraham: ‘Your children will be slaves in Egypt for 400 years,’ ” Haroeh says. “Then it tells the story of what happened in Egypt, all the things the Pharaoh did, how the Jews suffered, and finally, how the Jews left.” Like other Jewish communities, Karaites enjoy many dishes prepared specially for Passover — such as grape leaves stuffed with meat and rice, egg and potato salad, peanut cookies and many kinds of sweet jam, including one made from carrots and another from roses. “We celebrate Pesach in the most natural way possible, like the nation of Israel celebrated it during ancient times,” says Yosef Davir, official spokesman for the Karaite community in Israel. “It’s the holiday of spring and renewal. Nature renews itself now too, so we use food that is from nature — fruits, vegetables, fish, meat, juice.” Everything is prepared at home. “We couldn’t buy anything outside the house,” Moussa says, recalling her childhood in Egypt. “We had to roast the nuts, even the coffee beans, to make sure they were kosher for Passover, that no bread was next to them.” The most significant dish prepared at home was barbecued meat, seasoned with salt, pepper and lots of onions. Around the world, Elisha says, Karaites still eat this dish at the conclusion of the seder, in honor of the pascal sacrifice. “In the Torah it says there is a sacrificial animal that every family has to slaughter,” he says. “We no longer have the Temple, but we have continued to preserve this tradition. In Egypt we would raise our own goats, then have the community shochet slaughter them. Every year, since I am a shochet, I still buy a sheep and slaughter it myself.” Most Karaites don’t bother buying sheep or goats to slaughter, but they do preserve other important Passover traditions, such as throwing or giving away all chametz. “The Torah says we can’t sell chametz and leave it in our homes,” Davir says. “We get rid of absolutely everything. “God gave us a brain to prepare things,” he continues. “The holiday doesn’t arrive out of the sky in one day; we know that it’s coming in another two months or three. So we won’t go and buy a bunch of pita or macaroni.” The Karaite Passover also involves bringing food and clothing to those less fortunate. “Usually at Passover we invited people who didn’t have the means of celebrating the holiday,” Moussa recalls of her years in Egypt. “It was very common throughout the community. And even if they wouldn’t come to your house, you would bring food to them.” Those with the means enjoyed not only giving but receiving. “On Passover we always had brand new clothes,” Moussa says. “Shoes, socks, underwear, from top to bottom it had to be new. We’d have special summer dresses, and the whole house would be clean from floor to ceiling — scrubbed and even painted. In Egypt, you really would feel there is a holiday coming.” But for Karaite Jews old enough to remember their own personal exodus from Egypt, nothing beats the feeling of freedom. “I am very blessed in the United States,” concludes Pessah, “not only to celebrate Pesach, but to live as a Jew without being persecuted.”