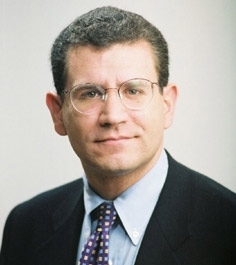 WASHINGTON, Aug. 29 (JTA) — Mideast analyst Kenneth Pollack is one of two U.S. government officials referenced in the indictment against two former staffers of the American Israel Public Affairs Committee, JTA has learned. But Pollack, who was a staffer on President Clinton’s National Security Council, said he didn’t give the AIPAC staffers any classified information. Pollack also said the information that Steve Rosen, AIPAC’s former director of foreign policy issues, is accused of passing on to a reporter could not have come from him. “I believe I am USGO-1,” Pollack told JTA on Monday, using a term in the indictment for U.S. Government Official No. 1. A second source, speaking on condition of anonymity, has verified the information. Neither Pollack nor the other unnamed government official — identified by sources as David Satterfield, a former deputy assistant secretary of state — has been charged with a crime. That has raised questions about the government’s case against Rosen, former AIPAC Iran analyst Keith Weissman and Larry Franklin, a former Pentagon analyst accused of passing classified information to the AIPAC staffers. The three men pled not guilty earlier this month, and their trial is set for January. Supporters of Rosen and Weissman in the Jewish community argue that if the people who allegedly gave them the sensitive material aren’t in trouble, then the information Rosen and Weissman are accused of passing to journalists and three officials at the Israeli Embassy in Washington can hardly warrant their prosecution. Pollack left government in March 2001 and today is director of research at the Brookings Institution’s Saban Center for Middle East Policy. Satterfield recently was promoted to deputy chief of mission at the U.S. Embassy in Baghdad. Pollack confirmed he had lunch with Rosen and Weissman in December 2000 and discussed U.S. policy in Iraq. “I don’t remember the lunch and don’t remember anything about the lunch,” Pollack said. “But they know I had lunch with Steve and Keith, and I don’t deny it.” According to the indictment, Rosen spoke with an unnamed reporter after the lunch and gave classified information about policy options and internal government deliberations. The indictment says Pollack had access to the classified information Rosen allegedly discussed with the journalist, but doesn’t say Pollack gave the information to the lobbyists. That’s a sharp contrast to the language regarding Satterfield, who is expressly said to have discussed classified information with Rosen. The sequence of events is part of a charge of conspiracy to communicate national defense information brought against Rosen and Weissman earlier this month. Pollack said he could not have given the two AIPAC staffers any classified information, and the indictment doesn’t suggest it either. The new revelations are likely to intensify speculation in Washington that Rosen and Weissman are being targeted for conducting the normal Washington practice of trading sensitive information. The two men’s interaction with Pollack and Satterfield is believed to be central to the prosecutors’ case that Rosen and Weissman engaged in a pattern of seeking classified information and disseminating it to journalists and the Israeli government. Pollack, the author of two books on U.S. policy in the Middle East and a regular commentator on CNN, said he has met with the FBI and the U.S. Attorney’s Office for the eastern district of Virginia, and believes he’s not a subject of the investigation. State Department officials said Satterfield has been told the same thing. A spokeswoman at the U.S, Attorney’s Office had no comment. Rosen’s attorney, Abbe Lowell, was unavailable for comment. Pollack said that, according to information he has been given, Rosen spoke with an unnamed journalist after meeting with Pollack, telling the journalist that he had received from a U.S. government official an eight-point plan for regime change in Iraq. He then gave a broad description of the plan. “There was never an eight-point plan for regime change in Iraq,” Pollack said Monday. Pollack said he may have given Rosen and Weissman the same “talking points” on American regime-change policy that he gave to other lobbyists and Middle East policy wonks, but did not lay out a specific plan. Because the meeting occurred just a month before the end of the Clinton administration, little work was being done on the issue until President Bush came to office. Pollack said the talking points he gave Rosen and Weissman didn’t include sensitive information. Rosen is not accused in the indictment of knowingly giving classified information to a third party in 2000, as he is on other occasions. But Pollack suggests the meeting he had with Rosen and Weissman was similar to others he held with numerous parties interested in the administration’s Middle East agenda. Pollack said he can not imagine he gave classified information to Rosen and Weissman. “I had a standard repertory of lines that I gave,” he said. “I knew what was kosher and not.”