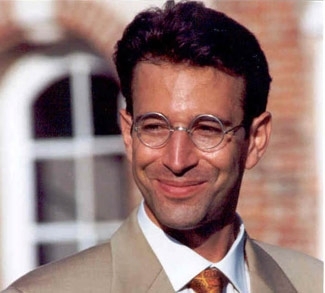 LOS ANGELES, May 24 (JTA) — Filmmakers are wrestling with four different projects to document or dramatize the story of Daniel Pearl, the Wall Street Journal reporter beheaded by Islamic extremists in Pakistan in early 2002, leaving behind a pregnant wife. Pearl’s life and tragic death would seem a natural for the Hollywood treatment, but the delays and uncertainties of most of the projects are raising concerns about when they will be finished and whether they’ll reflect the complex nature, Jewish heritage and true legacy of the slain journalist. One completed project is a 90-minute documentary called “The Journalist and the Jihadi: The Murder of Daniel Pearl,” narrated by CNN correspondent Christine Amanpour. It will be broadcast by HBO in October. The film was directed by Pakistani Ahmed Jamal and Ramesh Sharma, an Indian, and was briefly screened at New York’s Tribeca Film Festival in April. A fair amount of publicity has surrounded the feature film “A Mighty Heart,” in part because it’s based on a book by Daniel Pearl’s widow — and also because of its link to Brad Pitt, Jennifer Aniston and Angelina Jolie. When Mariane Pearl completed her book, “A Mighty Heart: The Brave Life and Death of My Husband Danny Pearl” in late 2003, Warner Brothers reportedly paid more than $500,000 for the film rights. The Plan B production company was to make the film, under the direction of owners Pitt and Aniston, who at the time were a couple, and Aniston was to play Mariane Pearl. Soon thereafter, however, Aniston and Pitt severed their marital and professional relationships. Pitt then entered into a relationship with Jolie, who now is reportedly in line to play the role of Pearl’s wife. Plan B’s president, Dede Gardner, said through a spokeswoman that the film “is in development and we are currently working on the script,” which is expected to follow the book’s focus on the young couple’s romance and marriage, followed by the wife’s agonizing vigil after Pearl was kidnapped. Looking at the same topic with a different perspective and approach is “Who Killed Daniel Pearl?” It’s inspired by the book of the same title by Bernard-Henri Levy, in which the French writer described his yearlong investigation into the reporter’s death. Producer Charlie Lyons, who is in New Zealand shooting another movie, e-mailed that he hopes to start filming the Pearl story for Beacon Pictures in the fall. According to the studio, the script will differ from the book to avoid infringement on the “Mighty Heart” movie. As Lyons wrote, “Some elements of the story will allow for literary inspiration.” For one, the movie will be mainly a political thriller in which author Levy will be transformed into an American celebrity television reporter, portrayed by Josh Lucas. Daniel Pearl himself will be fictionalized to some extent, “but the symbol and inspiration of Daniel is core” to the film, Lyons wrote. Finally, there are one or two references on the Internet to a film project billed as “Infinite Justice,” which deals with an American reporter named Arnold Silverman, “who is held hostage by Muslim fundamentalists in Karachi against the release of prisoners in Guantanamo Bay,” according to reports. Pearl’s parents say they’ve been unable to learn anything more about “Infinite Justice.” Judea Pearl, a UCLA professor and widely known authority on artificial intelligence, and Ruth Pearl, an electrical engineer, have mixed feelings about the rash of film projects. “I don’t think they will be able to capture my feelings,” Judea Pearl said. Ruth Pearl added, “They are probably doing their best, but how can they express the emotions of a mother for her son?” Hoping for that degree of empathy may be asking for the impossible. But the Pearls also fear that Daniel’s legacy might be ignored in favor of the more dramatic details of the last weeks of his life. “We would like the films, and other media coverage, to express the deeper significance of Daniel’s life and death and to concentrate on the legacy and inspiration he left behind,” Judea Pearl said, who has created a foundation in Daniel Pearl’s memory dedicated to East-West understanding.