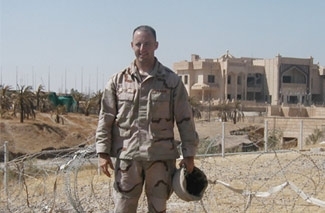 Special agent Lee Mish stands in front of one of Saddam Hussein´s former buildings in Tikrit, Iraq, in the summer of 2004. (Photo courtesy Lee Mish)
Advertisement