Struggle over yeshiva in Belarus 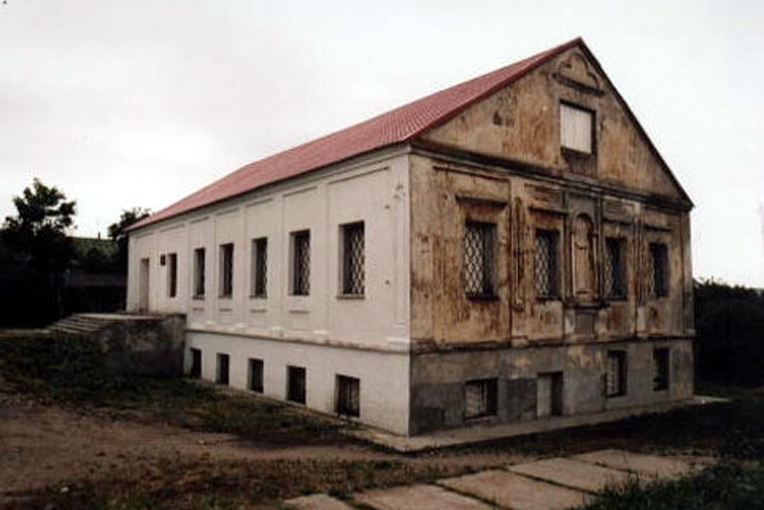 The 1806 building of the Volozhiner Yeshiva in Belarus. (Courtesy of Jewish Heritage Research Group in Belarus)
Advertisement

MOSCOW (JTA) – A historic yeshiva in Belarus that was returned to the Jewish community could be confiscated again if local Jews can’t raise $20,000 to renovate the building.Authorities last week gave the community until May 10 to raise the money or face a lawsuit returning ownership of the building to the municipality.At stake is the fate of the Volozhiner Yeshiva, the 1806 building of the former Jewish religious school in the town of Volozhin, 55 miles from the Belarussian capital of Minsk.”If we lose the building, we’ll say goodbye to a huge part of our heritage,” said Yuri Dorn, chairman of the Jewish Religious Union of Belarus, an Orthodox umbrella organization.In 2000, authorities in Volozhin, a town of 5,500 that once was predominantly Jewish but today has only 11 Jews, returned the building to Dorn’s group. Dorn says his organization has tried desperately to find resources to renovate the building, which was returned to the community in a rundown condition. In recent years the building had housed a deli.Founded in 1803 the Volozhiner Yeshiva, also known as Etz Chaim, quickly became the spiritual center of Eastern Europe’s Lithuanian, or non-Chasidic, Jewry.Despite wars, czarist decrees and revolutions, the school stayed open in the historic building until World War II, when the Nazis occupied Belarus. They killed 800,000 of the country’s Jews, including about 3,500 Jews of Volozhin and the surrounding area.In the past seven years, Dorn said, his organization has raised $22,000 from foreign donors to paint parts of the facade and remove garbage from the grounds. The building houses a temporary exhibit on the history of the yeshiva that attracts about 300 foreign Jewish tourists a year, he said.”There were original plans to rebuild the yeshiva,” Dorn said.Some yeshivas in Israel and the United States showed interest in the project and would have sent students to study in Volozhin during the summer months. But the project would have cost $400,000, beyond the community’s means. In early April, the Jewish Religious Union of Belarus received a letter from town authorities saying ownership of the building would be returned to the municipality if renovations did not begin before an April 26 court session. The deadline later was extended for two weeks.According to Dorn, town officials are upset because the Jewish community seems unable to quickly renovate and maintain the building, located in Volozhin’s historic center.”It’s unfortunate but the building, which is seen from the mayor’s windows, is indeed in very bad shape,” Dorn said.In an earlier letter to the community, the town called the building’s current condition “a shame to Volozhin” that “creates a negative image of the town in the eyes of its visitors.”Dorn said there is no indication that the town’s decision is motivated by anti-Semitism rather than commercial reasons.If the Jewish community cannot renovate the building, the town may want to sell it to a business that will invest and turn it into commercial property. That is, unless the community miraculously finds the money for renovations.