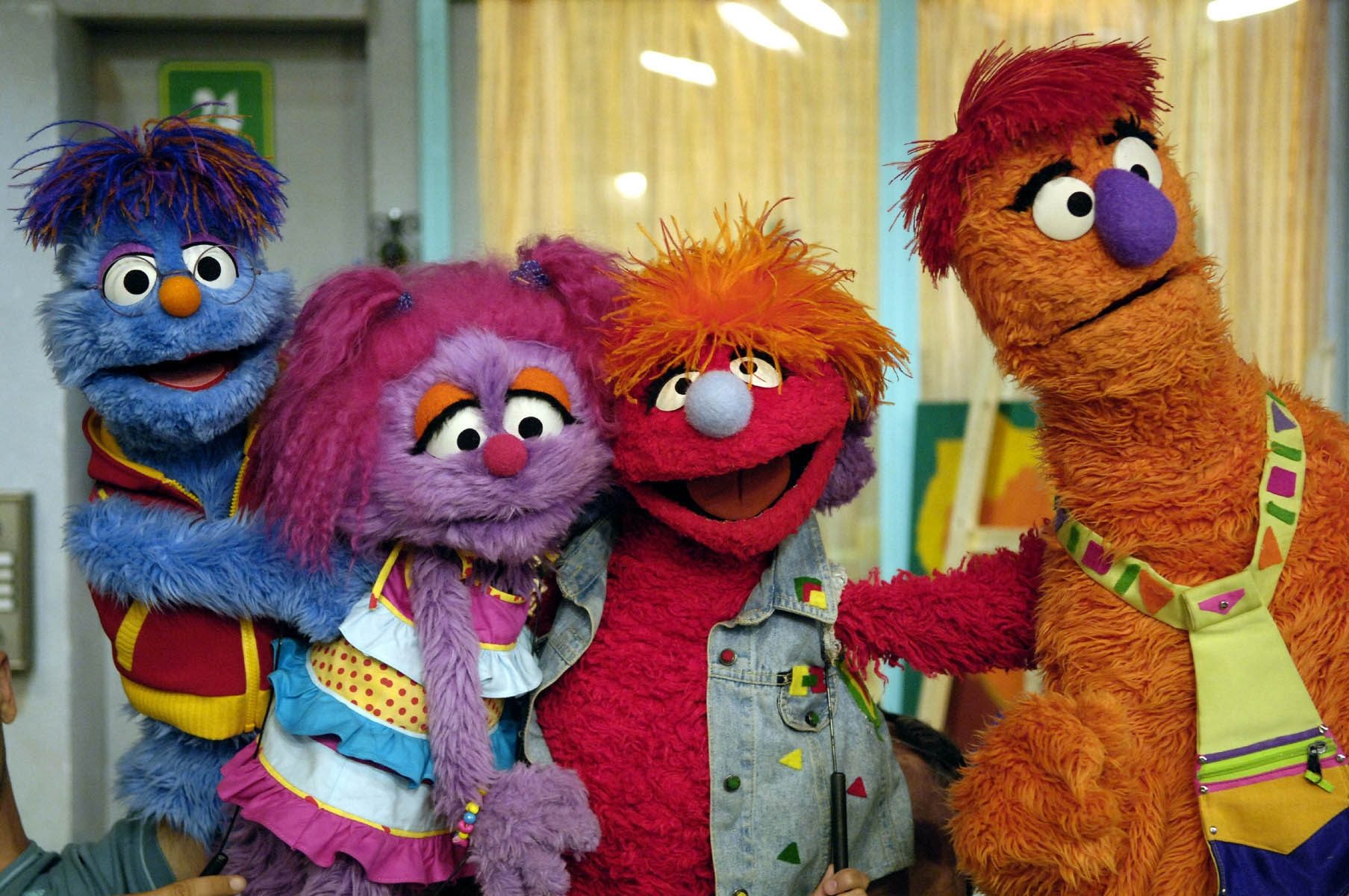 The Muppets of this season's Rechov Sumsum, the Israeli adaptation of Sesame Street, including Mahboub, left, the first ever Israeli-Arab Muppet. (Courtesy of Rechov Sumsum)
Advertisement