A lone groan for female rabbi in Berlin 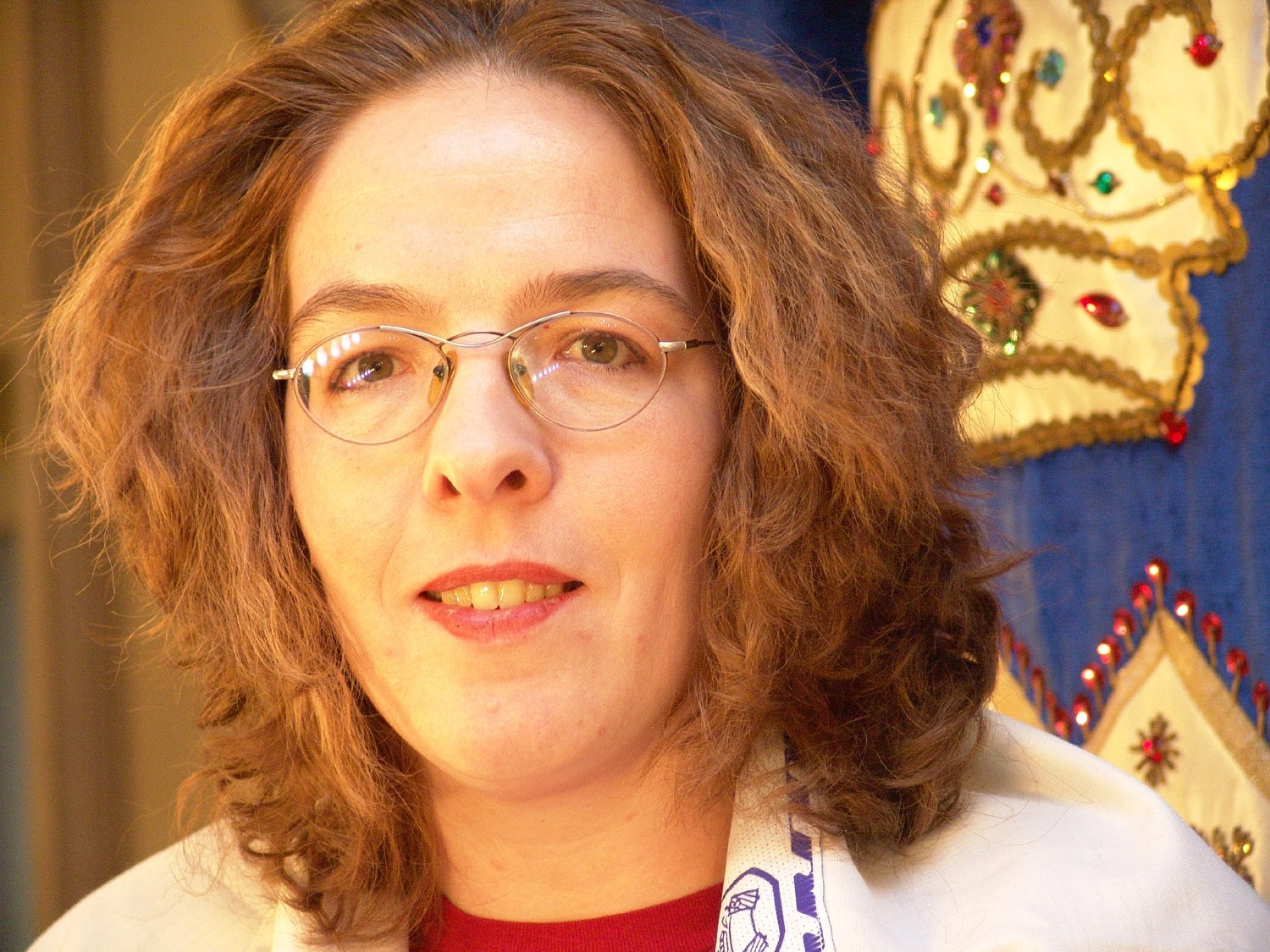 BERLIN (JTA) – Berlin’s senior Orthodox rabbi has delivered an angry protest against the pending installation of the first female pulpit rabbi in the city. In a bitter letter addressed to Gideon Joffe, head of Berlin’s Jewish community, Yitzchak Ehrenberg railed against Gesa Ederberg, who is slated to be installed June 3.Ederberg was ordained by the Schechter Institute of Jewish Studies in Jerusalem, an institution of the Conservative movement. Her contract with the Oranienburgerstrasse Synagogue in the former East Berlin is for two years. In his May 25 letter to Joffe, copied to all members of the board of Berlin’s Jewish community, Ehrenberg said he was deeply disturbed that Ederberg had referred to him as a “colleague” at a recent Jewish community event.Ehrenberg said he would not have attended the event had he known Ederberg was there.”This shames me and damages my name,” he wrote. JTA obtained a copy of the letter, which also was sent in translation to the Rabbinical Assembly of the Conservative movement in New York. Ehrenberg, chairman of the Orthodox Rabbinical Conference of Germany, demanded that Joffe “show the female rabbi her proper place” if he wants to prevent a split in the community. Ehrenberg said he would not appear at any future Jewish community events to which Ederberg was invited.He did not write what he thought Ederberg’s proper place was, but he referred to her as “the female liberal rabbi” and never by name. Ehrenberg also insisted that she is “not even Jewish,” although Ederberg converted in 1995 to Judaism, by Conservative standards, in the United States.Rabbi Ehrenberg could not be reached for comment.This is not Ederberg’s first rabbinic stint in Germany. She formerly served the Jewish community in the Bavarian city of Weiden. When she was installed there in 2003, making her the second female rabbi in the country, German Jewish leaders hailed her arrival. In an e-mail response to JTA, Ederberg said that Ehrenberg “has all the right in the world to his own views, but he cannot impose them on everybody.” She said the celebration of her installation would show the multifaceted quality of Berlin and German Jewry.The event promises to be one of political importance as well: So many officials and guests from abroad were expected at Sabbath services led by Ederberg this weekend that would-be attendees were asked to RSVP.A prominent member of the Jewish community who asked not to be named told JTA that the traditional “united” structure of the Jewish community was designed to enable Jews of different denominations to live their Judaism as they saw fit. The handful of congregations here include Chasidic, Orthodox, Conservative, European Liberal and Reform. “If Rabbi Ehrenberg, in his strict interpretation, feels he has to distance himself from others, then one has to understand his choice,” the local Jewish leader said. “He can do what he wants, but he can’t expect us to follow him.” Rabbi Joel Meyers, executive vice president of the Rabbinical Assembly, said the letter was “not surprising” and was probably calculated to come out just before the installation celebration. “This is not the first time he expressed opposition,” Meyers said in a telephone interview with JTA, adding that there is a tendency “to try and push Conservative as ‘liberal.’ He is saying it is bad enough he had to recognize Reform rabbis, and now he has to recognize a female rabbi and that is too much.” In fact, Ehrenberg is paid to work for a “united community” and not for the Orthodox community, noted Liberal Rabbi Walter Rothschild in an open letter to the board of Berlin’s Jewish community dated May 29. Rothschild, chief rabbi of the state of Schleswig-Holstein, suggested that Ehrenberg withdraw from his communal post and simply hold a position as “rabbi of the Orthodox synagogue.”Rothschild noted that Ederberg is a member of the General Rabbinical Conference in Germany, under the umbrella of the Central Council of Jews in Germany. “If Rabbi Ehrenberg can’t handle that,” Rothschild said, “then he should also withdraw from the Central Council and all the rabbinical conferences instead of insulting a colleague only because she referred to him politely as a ‘colleague.’ “