Democrats get gamut of Jewish views 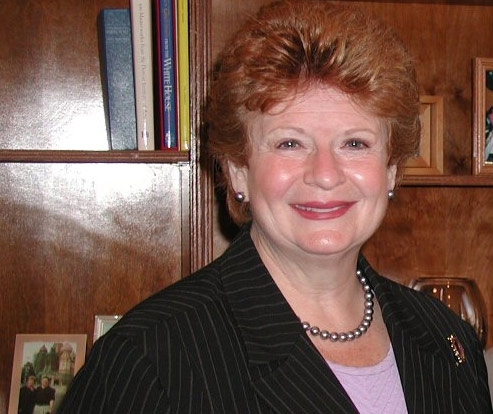 WASHINGTON (JTA) – The old saying “two Jews, three opinions” never rang truer than at a meeting this week between Jewish organizational leaders and Democratic senators.Wednesday morning’s get-together of 14 senators and a broad range of leaders encompassed everything from crises in the Middle East to global warming, good government and school safety.They even argued a bit over whether the United States isolating the Palestinian Authority while Hamas governed had served Israeli and U.S. interests.”It was a good place for the Jewish community to appear as what it is, which is diverse,” said Steve Gutow, the executive director of the Jewish Council for Public Affairs, the umbrella body for community relations groups. “This showed the Jewish community from the Orthodox to Reform, which is really America.”The meeting, which lasted slightly more than an hour, was chaired by U.S. Sen. Debbie Stabenow (D-Mich.) in her capacity as chairwoman of the Senate Democratic Conference’s outreach committee. The committee meets annually with various constituencies, and this was the 2007 meeting with Jewish representatives.For the senators it was more about listening than speaking, according to participants at the closed-door session.It started with three presentations: Howard Kohr, executive director of the pro-Israel lobby, the American Israel Public Affairs Committee, who spoke about the threat that Iran and its nuclear program posed to the region; David Harris, the American Jewish Committee executive director, addressed the aftermath of the Hamas takeover of the Gaza Strip; and Gutow spoke about climate change and reducing America’s dependence on foreign oil. “We were really looking for some vision about reducing carbon emissions,” Gutow said.Sen. Harry Reid (D-Nev.), the majority leader, expressed concern about last week’s Gaza takeover by the Islamist group Hamas, saying the crisis did not exist “in a vacuum.” Participants said Reid noted the instability in Iraq and Lebanon, as well as Iran’s nuclear ambitions.”It seemed that there was a great deal of convergence and harmony on the main threat to Israel and the United States in the region,” Harris said, citing Iran and Hamas. Steve Masters, the president-elect of Brit Tzedek ve’Shalom, expressed his dovish pro-Israel organization’s disagreement with the views on Hamas offered by Harris and Kohr.”This was an opportunity for the U.S. to examine whether its policies toward Hamas have actually been effective or not, and others in the room were talking about doing more of the same,” said Masters, whose group conducted a lobbying blitz Tuesday on Capitol Hill. In more than 100 meetings on Capitol Hill, they voiced support for Palestinian President Mahmoud Abbas and aid to the Palestinians.After the initial presentations, the meeting in the Capitol’s vaulted Mansfield Room was open to the floor, where again a range of issues was discussed.Representatives from the Reform movement raised concerns about the Iraq war and what is seen as the politicization of the Justice Department through partisan hirings and firings.Dan Mariaschin, the executive vice president of B’nai B’rith International, spoke about the resurgence of anti-Semitism overseas. A representative of the Workmen’s Circle raised immigration reform, and embryonic stem-cell research was brought up ahead of President Bush’s veto Wednesday of a funding bill just passed by Congress.Abba Cohen, who heads the Washington office of Agudath Israel of America, addressed cuts in school safety programs.”What we’ve seen in recent years is a dramatic cut in school safety and security,” he told JTA after the meeting, which was closed to the media. Cohen said the emphasis in the national discussion on school safety is on internal threats from armed students. He called for more focus on external threats from terrorists and hate groups.He noted that Sen. Barbara Mikulski (D-Md.) last week salvaged a program that directs Homeland Security Department funds to non-profit groups.”The conversation should not be limited to internal threats,” he said. “Some schools, especially Jewish schools, have a unique threat facing them.”Mark Levin, the executive director of NCSJ: Advocates on Behalf of Jews in Russia, Ukraine, the Baltic States and Eurasia, said those regions should not be neglected in foreign policy considerations.”With a reinvigorated, newly assertive Russia, it’s important for the United States to engage the Russian government on a whole host of foreign policy concerns, which can hopefully lead to addressing the domestic side of what’s going on in Russia,” Levin said, referring to crackdowns on the media, minorities and dissident groupsAlso participating in the meeting were the National Jewish Democratic Council, the American Jewish Congress, Americans for Peace Now, Chabad-Lubavitch, the Orthodox Union, United Synagogue of Conservative Judaism, the Anti-Defamation League, United Jewish Communities and Hillel.The meeting came a day after Israeli Prime Minister Ehud Olmert met with the combined leadership of both parties in both houses of Congress. That meeting focused on Iran and events in Gaza.It also followed a meeting last week between representatives of the Conference of Presidents of Major American Jewish Organizations and Rep. Nancy Pelosi (D-Calif.), the speaker of the U.S. House of Representatives, after their meeting with President Bush.The meeting with Pelosi was mostly friendly, but participants said that Rep. Rahm Emanuel (D-Ill.), the Jewish chairman of the House Democratic Caucus, rebuked the Jewish leadership for not confronting Bush more forcefully for pushing Palestinian elections in 2006 over objections by Israel and moderate Palestinians. Those elections brought Hamas into power.