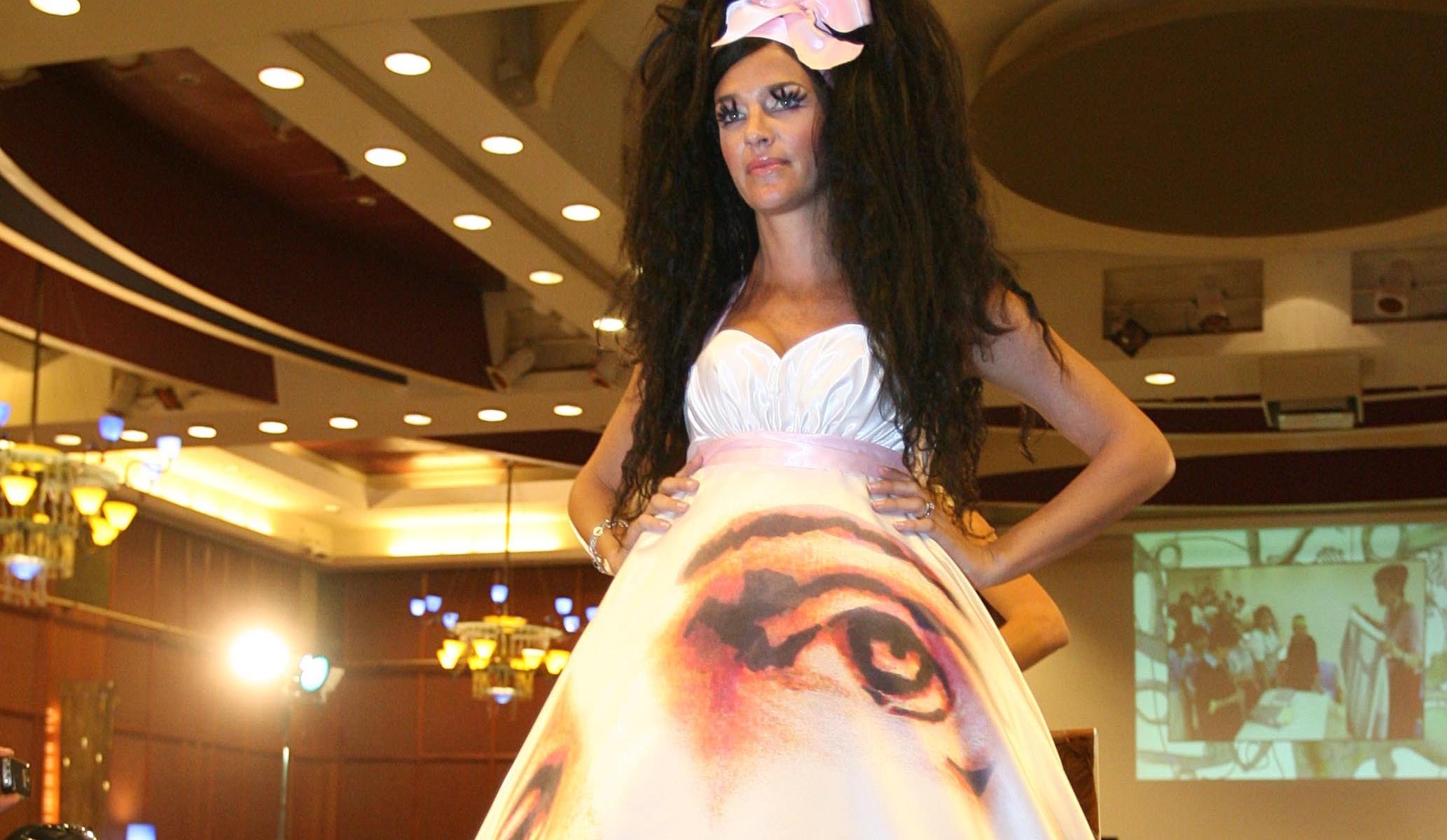 TEL AVIV (JTA) – Some “agunot” recently saw their plights modeled up and down a fashion runway.Twenty of Israel’s top fashion designers paired with these “chained women” – those refused a Jewish divorce, or get, by their husbands in accordance with Jewish law – to design dresses embodying their private struggles.Pop singers, models, actresses and other high-profile Israeli celebrities modeled the dresses at a Tel Aviv fashion show June 22 attended by about 200 people. Ticket proceeds were donated to the International Coalition of Agunah Rights, a coalition of 25 Israeli women’s organizations.”There is power in fashion,” said Tel Aviv-based fashion designer Keren Naftali. “Without fashion or celebrities, no one would talk about this issue.”The fashion show “gimmick,” as some of the agunot described it, indeed garnered mainstream exposure in the country’s major tabloids, including a large center spread in the weekend edition of the leading Israeli daily Yediot Achronot. The spread featured provocative shots of celebrities modeling the unique dresses accompanied by brief vignettes highlighting each agunah’s account of her fight to receive a Jewish divorce approved by a rabbinical court.Advocates estimate that thousands of women are trapped, but the Israeli Chief Rabbinate claims that 180 women and the same number of men are denied a divorce by their spouses.An independent study conducted two years ago by Bar Ilan University found that 40 percent of Jewish divorces in Israel involved a get refusal at some point during the divorce process.There is no civil divorce in Israel; Jewish couples seeking a divorce must obtain a get from the Orthodox-controlled Chief Rabbinate. Until a get is issued, Jewish law prohibits women from remarrying or having children. While Israeli common law protects non-married couples with children, the stigma of bearing illegitimate children is one many women will not consider.Legislation was introduced in the Knesset in recent weeks to allow property to be divided between the spouses without having to wait for the rabbinical court to declare an official divorce, which would more quickly resolve the financial battles that often fuel the resistance to grant a get.The passage of that legislation would be a victory for agunot rights groups, which have been campaigning for the bill for years, according to Yuval Yavne, director of the Jewish Pluralism wing of the New Israel Fund, which funds the International Coalition of Agunah Rights.At the glitz-filled fashion show, pop singer Dana Berger modeled a bright yellow dress and gloomy patchwork cape composed of 40 pieces of second-hand baby dresses as television personality and emcee Shira Felix announced the story of Rachel, a 63-year-old mother of four whose husband denied her a get for nearly a decade.”If a family is like a carriage, and the mother and father are two horses that pull the weight equally, I felt that the other horse was sitting inside the carriage and I was pulling all the weight alone,” Rachel said, describing the years of raising children alone and struggling with an abusive husband who refused to divorce.Hagit Vitman, designer of the Israeli Fishndag clothing line, incorporated Rachel’s metaphor into the dress with a long, heavy cape symbolizing her burden.Actress Galit Giat walked the catwalk in a Naftali contribution: a skin-tight, flesh-colored dress with layers of creases. Dubbed the “Embalming Dress,” Naftali explained it was inspired by Pnina Rabi, 50, who is still waiting for a get 17 years after her husband, Menashe, threatened that “I won’t give you a divorce until you reach an age at which you cannot have children.”It was a startlingly revealing design to represent a fervently Orthodox woman like Pnina, but Naftali defended her design.”Pnina’s story is terrifying, but she is an amazing woman,” Naftali said. “I didn’t cover her up with layers, with a head covering. It is a naked, exposed dress. She screams, ‘I am here, I am a woman.’ She is sexy in her soul.”Naftali hopes that even after the celebrity hoopla fades, the fashion show will have served as a wake-up call to the Israeli mainstream.”This,” the designer said, “is my scream as a fashion designer.”