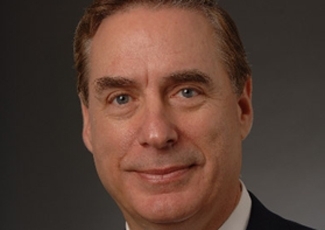 WASHINGTON (JTA) – Now that the battle between President Bush and Democrat leaders in Congress over a federal children’s health program has heated up, it is important that Jewish leaders – even those who affiliate with a different political party than the president – not rely on biased or simplistic accounts of what’s at issue in this showdown.

The State Child Health Insurance Program, or SCHIP, was enacted by a Republican-led Congress and signed into law by President Clinton in 1997. Its mandate was to help states finance health insurance for children in families that lack private coverage but earn too much to qualify for Medicaid.

SCHIP has made some progress toward covering those children since its enactment a decade ago, the Congressional Budget Office found, cutting the uninsured rate in the target population from 22.6 percent of children to 16.9 percent.

For the president and his congressional allies, the aim is to build on that progress by maintaining SCHIP’s focus on low-income children.

Congressional Democrats and their boosters want to radically redefine the program’s purpose. The author of the Senate bill, Finance Committee Chairman Max Baucus (D-Mont.), explained that “the Children’s Health Insurance Program is another step to move toward universal coverage” – that is, a health-care system run by the government.

This explains why, even before the program’s original mission of covering needy children has been accomplished, congressional Democrats propose to spend SCHIP funds on adults – even childless ones – and expand SCHIP eligibility to families making as much as $83,000 a year.

And it explains why supporters of the Democrats’ approach are untroubled by evidence that the predominant effect of their proposed changes would be to move children now covered in private plans onto the government rolls.

Unfortunately, Baucus and company are concealing the costs of this down payment on full-blown socialized medicine with budget gimmickry. They propose to finance ever-growing spending commitments with the proceeds from increased taxes on cigarette sales.

But the numbers don’t add up. How can it be that under the plan pushed by congressional Democrats, states will see federal assistance under SCHIP decline from $13.9 billion in 2012 to just $7.8 billion in 2013 and just $4.8 billion in 2014? Is the cost of health insurance for children scheduled to decline precipitously in five years, or is this evidence that politics as usual has infected this children’s crusade?

Consider this: A recent headline in The Hill, a newspaper covering Congress, read: “House Dems see political win on SCHIP.” The story quotes U.S. Rep. Rahm Emanuel (D-Ill.), the Democrats’ chief campaign strategist in the House of Representatives, crowing in anticipation of a partisan political victory, a victory in pursuit of which he is willing to dishonestly assert that President Bush “does not believe in testing kids for measles and mumps.”

SCHIP’s authorization has been extended on a temporary basis providing time for negotiations. But congressional leaders – openly boasting of their “success” playing political games with children’s health care – have spurned the president’s invitations to discuss compromise.

It is commendable that so many Jewish groups have taken an interest in this debate, but our community ought not give aid or comfort to those pursuing such irresponsible gamesmanship.

Michael David Epstein is the president of the Sensormatic Security Corp. and vice chairman of the legislative affairs committee for the Republican Jewish Coalition.