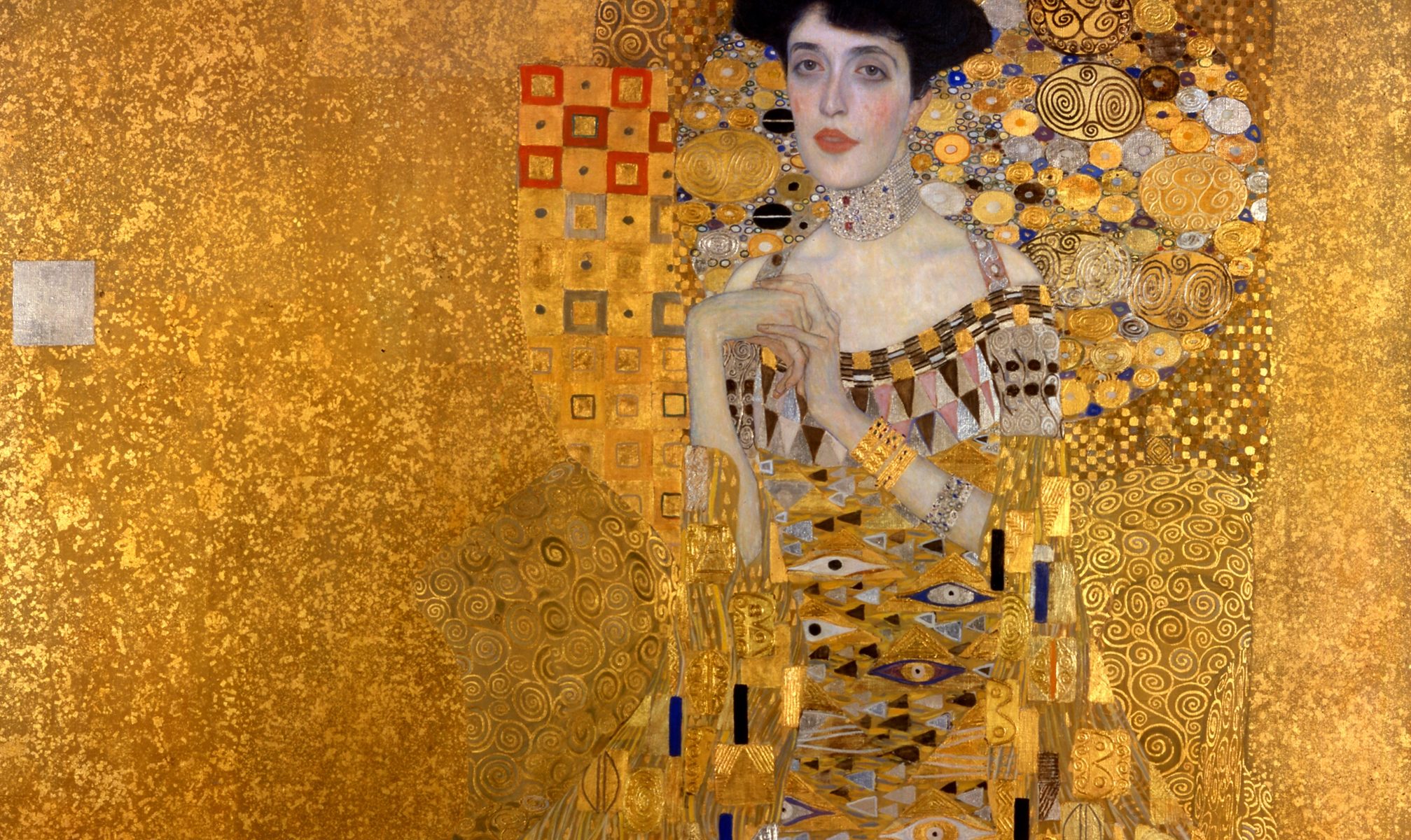 Gustav Klimt's "Portrait of Adele Bloch-Bauer I",1907. (Courtesy of the Neue Galerie)
Advertisement

NEW YORK (JTA) – Eight years ago, E. Randol Schoenberg was a little-known Los Angeles attorney whose client, an elderly Holocaust survivor named Maria Altmann, was fighting an uphill battle against the Austrian state for the return of five paintings by Gustav Klimt.

Pressed for money from the start, Schoenberg turned to Ronald Lauder, the cosmetics magnate and noted art collector, who had earlier offered to help with the case.

Lauder paid about $20,000 for a legal opinion from a noted Austrian legal scholar, deemed critical to the case, which ran to 140 pages and helped effect the return of the paintings in 2006.

“It can’t be underestimated how important it was,” Schoenberg says.

Lauder paid for the opinion through the Commission for Art Recovery, initially a project of the World Jewish Congress and now its own non-profit, financed and housed by the Ronald S. Lauder Foundation.

The Neue Galerie, a museum started by Lauder, went on to purchase one of the restituted works, “Portrait of Adele Bloch-Bauer I,” for $135 million – at the time the highest price ever paid for a work of art.

The painting now hangs in the gallery, a small museum on Manhattan’s Upper East Side.

“I think he was always interested” in purchasing the Klimt, Schoenberg told JTA, adding that Lauder at one point joked, “Randy, I can’t afford for you to lose.”

The story points up possible tensions born of Lauder’s dual role as a restitution advocate and one of the world’s foremost collectors of the very German and Austrian art favored by European Jews prior to the Holocaust.

Now the issue has come into even starker relief with his ascension this summer to the presidency of the WJC, an organization struggling to restore its reputation – much of which was built by successful campaigns for restitution.

Barely three months into his term, Lauder is also facing increased questions over his vast art collection, in particular his refusal to provide an accounting of his holdings. Lauder has played a leading role in pushing museums to provide greater information about the provenance of their collections, but has cited privacy and security concerns in not adopting the same standard regarding his personal collection.

In an interview with JTA, Lauder insisted that he does not own any stolen art and said it was “absurd” to suggest that he would become involved in any conflict of interest. Lauder said he has purchased only two artworks he helped restitute – he would not name the second – and none of the 138 paintings the art commission played a role in helping to recover.

“I would be crazy to do something like that,” he said, “That would be a conflict of interest.”

Concerns over the potential for conflict have been raised in discussions over whether Lauder was an appropriate candidate to become president of the Claims Conference, the Jewish community’s first address for restitution issues.

According to sources close to the conference, two people suggested Lauder for the post, but some officials voiced misgivings since he collects the same types of paintings that typically have been recovered in the restitution process.

This week a lawsuit was filed involving a painting reportedly purchased by Lauder in 1983 and now owned by his brother, Leonard. The dispute involves a claimant, Georges Jorisch, who says the work once belonged to his Viennese grandmother and was confiscated by the Nazis.

Jorisch, who is represented by Schoenberg, is seeking the painting. Leonard Lauder reportedly has denied that Jorisch’s grandmother ever owned the painting.

In 2006, a dispute arose over the Egon Schiele drawing “I Love Antitheses.” The work, currently owned by the Estee Lauder 2002 Trust, once belonged to Fritz Gruenbaum, a Jewish cabaret singer who died in Dachau in 1941. Gruenbaum’s heirs, represented by New York attorney Raymond Dowd, have demanded the work’s return.

The legitimacy of the drawing’s title rests on its sale to a Swiss gallery by Gruenbaum’s sister-in-law. Dowd says the sale was a fraud but an attorney for the trust, which is named for the Lauder family matriarch, has asserted that the heirs’ claim is “subject to considerable doubt.”

Last week, in conjunction with the opening of an exhibit at Lauder’s Manhattan museum, The New York Times published a lengthy article on the front page of its arts section in which some observers questioned whether he should provide more complete information about the works in his private collection.

“It’s my private collection,” Lauder told the Times. “Would it be OK for people to see what dresses you have in your closet?”

Art restitution experts say locating works held in private hands is one of the greatest obstacles to returning stolen art to its proper heirs. Lauder’s unwillingness to share information about all of the works in his collection creates a problematic double standard in the fight for restitution, argued Marilyn Henry, a journalist and author of a history of the Claims Conference.

“If you are simultaneously a Jewish leader and a collector of art and the builder of a museum, and you fail to disclose the provenance of your own holdings,” Henry said, “It undercuts the moral authority of the Jewish argument that museums and collectors have to demonstrate that their works have not been tainted during the Nazi era.”

Michael Schneider, the new professional head of the WJC, told JTA he would use Lauder’s international clout to help arrange high-level meetings regarding restitution, but would not let Lauder take part in negotiations over looted art.

“I would not use Ronald for looted art because that would be a conflict of interest,” said Schneider, the WJC’s secretary-general. He added that it would be “outrageous” to suggest that Lauder would seek “any benefit while being in active pursuit of looted art.”

In any event, Schneider said, the Claims Conference is taking the lead on art restitution.

Lauder and the head of the Commission on Art Restitution at the time, Charles Goldstein, say that Lauder’s involvement in the Klimt case did not represent a conflict of interest, since they were brought into an existing investigation merely as consultants. And, they added, the family approached Lauder about buying “Portrait of Adele Bloch-Bauer I” only after it had been recovered.

There was “never a sense,” Lauder said, that Schoenberg or the commission were working to free the piece of art for him to purchase. Still, he added, “This is a picture that I always wanted, so I can’t say that I didn’t think about it.”

A former spokesman for Lauder, Warren Kozak, argued that the end result of Lauder’s involvement was a clear public benefit: Five paintings were returned to their rightful heir; who was rewarded handsomely, and now the Bloch-Bauer work will hang in perpetuity in a gallery for public enjoyment.

As both a crusader for the return of Jewish assets looted by the Nazis and a collector of those very same assets, Lauder has been caught in the legal and moral crosswinds of Holocaust restitution since the late 1990s, when he was chairman of both the Museum of Modern Art and the Commission for Art Recovery.

In 1998, the Manhattan district attorney subpoenaed a contested painting on loan from an Austrian foundation to the Museum of Modern Art.

With Lauder as its chairman, the museum argued against handing the painting over to the heirs. The high-profile case has yet to be resolved.

In testimony before Congress in 1998, Lauder said his goal as chairman of the Commission for Art Recovery was to find and return works of art looted by the Nazis. He further said the commission would undertake to help build a database of looted art work.

That effort, in 2003, led to the establishment of the Nazi-Era Provenance Internet Portal, a Web site that aggregates information from 159 participating American museums. Until this month the Neue Galerie was not among them. The museum recently opened an account with the portal, and says it plans to list works from its collection “once the necessary administrative work has been completed.”

Without such information it can be nearly impossible for heirs to locate stolen works. Attorneys for heirs seeking works of art associated with Lauder say they were lucky to discover who the current owners are.

Lauder insists that every major piece in his collection has been exhibited and that their provenances are “impeccable.” His works are typically displayed anonymously as “private collection” rather than in his own name for security reasons.

“He is already known as a major collector who can spend $135 million for a Bloch-Bauer Klimt,” she said. “A thief would know he had valuable works without them being publicized.”

Lauder has no shortage of supporters in both Jewish communal circles and the art world. Since the fall of the Soviet Union, he has poured at least $350 million into rebuilding European Jewish life destroyed by the Nazis.

Those who know him say his motivations are pure and his art knowledge so extensive that he would never acquire a painting whose provenance is in question.

“It’s not my understanding of the Lauder family,” said Hannah Lessing, who administers the Austrian government’s compensation fund for Holocaust victims and also works on art restitution issues. “I’m sure that if they would be in doubt that they had looted art in their collection they would want to return it.”

Several supporters of Lauder’s run for the WJC presidency declined to discuss specific questions related to Lauder’s art, but said they believed him to be a man of integrity with a long record on restitution issues.

“I think the president of the WJC has to be totally transparent in his public behavior and maintain an ethic which is certainly above the norm,” said Isi Leibler, the former WJC official who launched a campaign against its previous leaders and backed Lauder’s candidacy. “To the best of my knowledge Ronald Lauder has always done so.”

Thane Rosenbaum, a law professor and vocal critic of the handling of past Holocaust restitution cases, said that whatever the merits of the claims against Lauder, it would be wrong to lump Lauder with post-Holocaust profiteers.

“In every instance except this one, you have virtually evil profiteers – Swiss banks, Italian insurance companies – evil, despicable people, people who have not quite yet been shunned properly,” Rosenbaum said.

Lauder, he said, made his purchases in good faith.

“He is hardly a post-Holocaust profiteer,” Rosenbaum said. “And this is a guy who has given back to the community in astounding ways.

“This conversation would be much easier to have if we were talking about a man who knowingly profited from looted Holocaust assets. This is simply a separate category.”